Letter to HE Imran Khan : FORCED CREMATION OF COVID-19 VICTIMS IN SRI LANKA

RE: FORCED CREMATION OF COVID-19 VICTIMS IN SRI LANKA

We, the undersigned Sri Lankan Muslim organisations in the UK, USA, Europe, Canada and Australia understand that your excellency is due to visit our motherland, Sri Lanka in the near future. Whilst appreciating your plan and wishing the diplomatic visit to be fruitful for the benefit of both nations, we as concerned Sri Lankan citizens living abroad would like to bring the following to your kind attention in hope of gaining your consideration to speak regarding the matter with the authorities in Sri Lanka.

The forcible cremation of bodies of COVID-19 victims has been causing much pain, anguish, trauma and agitation among the Muslim and Christian communities in the country.

Parliamentarians from both government and the opposition have expressed their disappointment over this, echoing the public outcry. People around the world have tried in every possible way to express their disapproval of forced cremation through organised protests, numerous petitions, letters to authorities and via social media to bring awareness and gain momentum. The International Bar Association’s Human Rights Institute (IBAHRI) also recently condemned Sri Lanka’s forced cremation policy. Furthermore, The Muslim Council of Britain (MCB) has announced to launch legal action against the Sri Lankan government regarding this policy.

Unfortunately, Sri Lanka stands alone in this for reasons beyond science and has failed to bring about a constructive solution for the cessation of this abhorrent practice of forced cremations. The GoSL continues to pay no heed to any comments or concerns expressed by countries or the objections that have manifested, due to this policy, across the world.

We demand justice and respect from the GoSL to allow us our burial rites and complete our religious rituals on the deceased family members.

Throughout your political career, Mr Prime Minister, in your ideology you have stood up against the oppression of Muslims around the globe. In October 2020, you spoke out about the growing extremism and violence against Islam, across the world, urging Facebook’s CEO Mark Zuckerberg to ban Islamophobic content on its platform. These go to show your emphasis for equality and fairness, and you being one of the 100 Most Influential People in present world, we would like you to use your fortitude to persuade the GoSL to reinstate the burial rights of the minorities, regardless of their cause of death.

We request you, His excellency Mr. Imran Khan, The Prime Minister of Pakistan, to appeal to the GoSL on behalf of the minorities in the country to give an attentive ear to the plea of the Muslim and Christian communities to ensure that their dignity and religious rights are not infringed upon and urgently reconsider allowing burial as per WHO guidelines.

Disclaimer: Letter to HE Imran Khan : FORCED CREMATION OF COVID-19 VICTIMS IN SRI LANKA - Views expressed by writers in this section are their own and do not necessarily reflect Latheefarook.com point-of-view 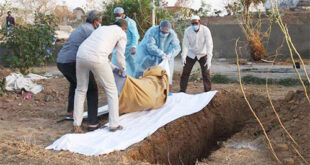 Forced Cremations and a Future Commission probe? By M. A. KALEEL 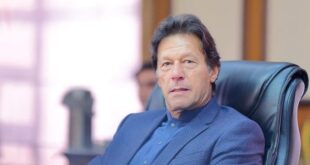 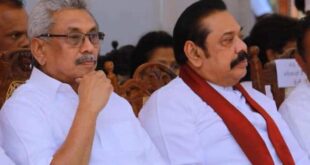 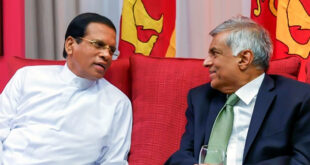 Maithripala Owes Apology To Muslims For His Atrocities By Latheef Farook –