With the onset of severe winter, Afghans are facing famine which threatens the life of millions. An economic crisis aggravated by conflict and drought have caused a collapse in food security since the Taliban takeover.

During long period of occupation by former Soviet Union and United States millions of Afghans have become dependent on food provided by organization such as the World Food Programme.

According to a United Nations report the hunger crisis in Afghanistan has worsened, with 23 million people living in acute hunger due to conflict, drought and an economic downturn. The situation has become so critical that some families have been forced to sell children to survive and aid groups say countries will need to overcome their reluctance to work with the Taliban to feed the people of Afghanistan.

The UN also warned an increase of nearly 35% of people facing hunger compared with last year. Only five percent of households have enough to eat every day. Many families who fled fighting before the Taliban takeover can’t afford to return home, instead remaining makeshift camps with no source of income. About 3.5 million people remain displaced within the country.

During the Taliban regime between 1996 and 2001, millions of Afghans lived in poverty and on the brink of starvation, and fears are mounting that a similar situation could arise. “We’re now looking at the worst humanitarian crisis on Earth “Executive director of the WFP, David Beasley, had stated that the situation was alarming. “It is as bad as you possibly can imagine,” said Mr. Beasley.

Western countries have cut off their aid to the country, since they don’t want to be seen to help a regime which bars girls from education and is in favor of reintroducing the full range of sharia punishments. But will those countries just stand by now and allow millions of innocent people to face acute hunger?

Mr. Beasley challenges the governments and the billionaires of the developed world to face up to the urgent need for help. “To the world leaders, to the billionaires: imagine that this was your little girl or your little boy, or your grandchild about to starve to death,” he said. “You would do everything you possibly could, and when there’s $400 trillion worth of wealth on the earth today, shame on us. “He adds.

According to columnist Jeremy Bowen People are raged about the fortunes stolen by a corrupt elite in the last 20 years.”Wealthy people think about themselves, not the poor. I can’t even buy bread. Believe me I cannot find a single dollar and the rest of the rich people put the aid dollars from the West in their pockets.

“No-one cares for the poor people. When aid comes from outside, the people in power made sure it went to their relatives, not to the poor.”Hayat Khan says rich people stole aid money the West sent to Afghanistan. Mohammed Anwar, accused the Americans of theft.”

More than five million children are now just one step away from famine, putting millions of young lives at risk as the country faces its worst-ever food crisis since records began.

The U.S. has frozen nearly $9.5 billion in assets belonging to the Afghan central bank and stopped shipments of cash to the nation as it tries to keep a Taliban-led government from accessing the money. The official said that any central bank assets that the Afghan government has in the U.S. will not be available to the Taliban, which remains on the Treasury Department’s sanctions designation list

Zabihullah Mujahid, the Taliban’s chief spokesman, told CBS News that the U.S. was to blame for the rampant poverty in his country, for freezing government assets that his group wants access to. He said the resumption of humanitarian aid to Afghanistan should not be held up over what other countries consider widespread violations. “On the one hand they say a million children will die, but on the other, the U.S. is holding our money. The U.S. should release our money so we can save more children “he said.

Now the question is where are the rich Muslim countries especially oil rich countries such as Saudi Arabia which depends on America for its survival  and spend billions on purchasing weapons to destroy Muslim countries like Yemen  and the United Arab Emirates hob knobbing with Zionists and RSS ignoring Muslims worldwide.  They have abandoned Islam and Muslims to please their US-European and Israeli masters for their own survival

This is the unfortunate plight of Muslims worldwide. 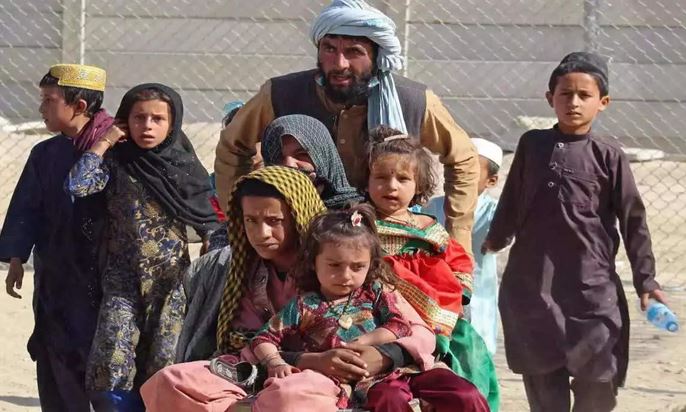 Will the oil rich gulf sheiks have time to look at the faces of his family.

Disclaimer: Looming winter and famine in Afghanistan Worst ever humanitarian crisis on Earth By Latheef Farook - Views expressed by writers in this section are their own and do not necessarily reflect Latheefarook.com point-of-view