Skip to content
Israel
Spread the love
Israeli far-right lawmakers Bezalel Smotrich (R) and Itamar Ben-Gvir take part in the ultranationalist March of the Flags near Jerusalem’s Old City, on 15 June 2021 (AFP)
Bezalel Smotrich and Itamar Ben-Gvir will be looking to brutally eradicate Palestinian resistance and dismantle Israeli democracy. The world must act as it did against Russia

enjamin Netanyahu is well on his way to forming the first explicitly fascist government in Israel’s history. Two likely senior ministers have been previously either jailed or convicted of anti-Palestinian terror offences. A Daily Beast headline blares: “The Shocking Bevy of Crimes Linked to Israel’s Incoming Government.”

Although Netanyahu’s coalition governments over the 15 years he served as prime minister had always been right-wing, they did not include extremist, pro-terror parties. The Religious Zionism party leader Bezalel Smotrich and Jewish Power’s Itamar Ben-Gvir have been either convicted or jailed for engaging in terror activities.

They will both be seeking senior military-security-related portfolios in the new cabinet.

Ben-Gvir, mentor of the Hilltop Youth group, which engages in acts of terror, including arson and the murder of Palestinians, could become public security minister, responsible for the police. That is the very same agency which investigated his previous criminal offences.

Smotrich, who is being considered for defence minister, was detained for three weeks after being apprehended in a vehicle carrying explosive devices. He allegedly intended to mount a terror attack in protest against the withdrawal of Israeli settlers from Gaza. More recently, he has called for Israel to be governed by Jewish religious law, rather than its current secular system. On Monday, Smotrich called human rights groups “an existential threat“.

The only reason Smotrich may not get the defence portfolio is US opposition. Otherwise, he could become the only defence minister in the country’s history to delay, and then curtail, his army service in order to study in a yeshiva. He never served as a combat soldier, let alone an officer.

Were he to become defence minister, he would encourage the building of new settlements and defend them with tens of thousands of troops. He would also be tasked with eradicating Palestinian resistance by all means necessary.

Currently, the Israeli army is mounting daily invasions of Palestinian villages, resulting in many deaths, including women and children. Once Smotrich took the helm, he would orchestrate an even fiercer, more merciless assault on the Palestinians.

There can be no doubt that the settlers feel empowered by the election victory of the Jewish-supremacist parties. They know that no force will stand in the way of their goals of eradicating the Palestinian presence from any territory under Israeli sovereignty.

In addition, they can now dismantle Israeli democracy and transform it into a theocratic state.

The new government has proposed fast-tracking an override bill, which would empower the Knesset to strike down any judicial ruling it opposes. If, for example, a court convicted Netanyahu of corruption (thereby ending his premiership), a simple majority vote could void the decision. This would eviscerate the Israeli justice system. An override law would eliminate the rule of law, a hallmark of western democracy.

The new government has proposed fast-tracking an override bill, which would empower the Knesset to strike down any judicial ruling it opposes

There is, of course, one party that can prevent much of this madness: the US. It is Israel’s benefactor, arms supplier and global protector. It provides Israel with cover for its crimes.

But even the US has baulked at Israel’s repeated assaults against Gaza and demanded an end to hostilities. It is imperative that the Biden administration takes a principled and direct stance opposing the fascist Israeli politics.

It must, lest it lose any sense of decency, demand that Netanyahu reject fascist parties in his government.

Thus far, US officials have expressed opposition to giving Ben-Gvir a “security” portfolio. The US ambassador to Israel, Thomas Nides, has also warned the incoming prime minister not to give the defence portfolio to Smotrich. But these are tepid statements in the face of the brutality represented by Ben-Gvir and Smotrich.

They have no place in any democratic government. Not that Israel is a democracy. But much of the world sees it that way. If Israel will not cast them aside, then the rest of the world must. They should not be welcome in any western capital. No government should meet with them inside or outside Israel, although authoritarian states such as Hungary, Poland, Russia and maybe some Gulf nations would undoubtedly roll out the red carpet for them.

American Jewish organisations, constituting the Israel lobby, offered a mixture of responses, most of them disappointing. Even the leading pro-Israel group, Aipac, had denounced Ben-Gvir in the past. But the best it could muster this time was this: “It is clear that the Knesset – like the US Congress – will include leaders of a wide range of different political, ideological, economic, racial, and religious identities and perspectives… The Jewish state is a robust democracy that shares America’s interests and values.”

Tellingly, none of the groups, even the most liberal, made any mention of Israel’s occupation or criticise Ben-Gvir and Smotrich for their roles in promoting settler terror against the Palestinians.

This quiescence speaks to the increasing political irrelevance of these bodies. They have ceded what little moral standing they had in order to become handmaidens of Israel’s oppression.

One sign of the increasing discomfort of the US Democratic party regarding Israel’s radical extremism was the response to the murder of Al Jazeera journalist and Palestinian-American Shireen Abu Akleh. She was assassinated by an Israeli army sniper while filming an army raid in Jenin. After her death, the US went through the motions of expressing concern while retreating behind a blizzard of banalities, whose goal was to avoid serious engagement with the issue.

The Biden administration felt it had bigger fish to fry, including the war in Ukraine and China’s increasingly bellicose stance over Taiwan. The last thing it needed was a headache like this. So it went through the formalities of pretending to care. Thus, when US Secretary of State Antony Blinken spoke at a Georgetown University graduation ceremony, Palestinian-American students protested.

Afterwards, Blinken attempted to be conciliatory, telling them: “I hear you and I see you.” But given the administration’s lassitude, it’s hard to believe a word. Abu Akleh’s family’s attempts to meet with Biden have been ignored.

Matters might have ended there, but for the intervention of liberal Democratic senators Patrick Leahy and Chris Van Hollen, who demanded an independent US investigation into her murder. They rallied most of the Democratic caucus to be signatories to a letter to President Biden, demanding that the US take a more aggressive role in investigating the murder and holding Israel accountable.

Biden finally determined the case could no longer be swept under the carpet and ordered an FBI investigation. Though there will be strong pressure to make this a pro-forma whitewash of Israel, one hopes that the federal law enforcement agency will conduct a full and thorough investigation and let the chips fall where they may.

Given that separate media enquiries by CNN, the Washington Post, Amnesty International and the United Nations painstakingly examined all available evidence and concluded Israel was responsible, anything that deviates significantly from these findings will lack credibility. 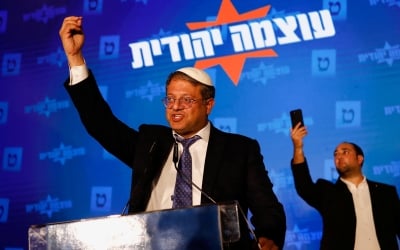 Israel reacted with fury to the Biden announcement of an investigation. The current defence minister and former army chief of staff, Benny Gantz, called it “interference in Israel’s internal affairs”. However, nothing about this crime is “internal” to Israel. Abu Akleh was Palestinian-American and a US citizen. She was a reporter for a foreign news outlet. She was reporting in occupied Palestine.

If Gantz doesn’t like foreign investigations of Israeli crimes, his government should stop committing them. No one is interested in harassing a country at peace with its neighbours. Countries which respect the territorial sovereignty of their neighbours don’t face such enquiries.

The ever-sclerotic Palestinian Authority and its octogenarian leader, Mahmoud Abbas, took a major step in the international arena after hundreds of Palestinians had been murdered and arrested over the past few months. They asked the UN General Assembly to make a referral to the International Court of Justice regarding the Israeli occupation.

The General Assembly vote approved the referral overwhelmingly: nearly 100 votes in favour and 17 against. Even Russia and Ukraine supported it. An ICJ ruling against Israel would serve two purposes: it could lead to sanctions by the UN itself; and it could further pressure the International Criminal Court to launch a war crimes investigation against Israel.

Either avenue could be promising as a means to hold Israel accountable globally. It would strengthen the Boycott, Divestment and Sanctions movement and normalise the concept of sanctioning Israel for its crimes.

Russia offers a model for this. It invaded Ukraine, occupied its territory and annexed it. Since it annexed Crimea in 2014, over 14,000 Ukrainians have been killed. Since the February invasion, thousands more have died. The world has looked on in horror at the brutality of the Russian assault, which has been categorised as a war crime.

The result of this has been a global rallying to the Ukrainian cause. One of the most effective tools has been a systematic sanctioning of Russian leaders, placing a stranglehold on Russian commerce and finance.

The country has lost major markets for its products and cannot raise financing for trade. The West has shut the gates to almost anything of value Russia owns or wishes to export.

Palestinian activists have called on the world to hold Israel to the same standards it applies to Russian aggression in Ukraine.

Though such accountability is not yet imminent, the more brutal and genocidal that Israel’s policies become, the more the world will draw the ineluctable conclusion that it is a rogue regime like Russia under Putin or Serbia under Milosevic, whose crimes must be stopped.

Disclaimer: As Netanyahu forms Israel's first fascist government, the US must respond by Richard Silverstein - Views expressed by writers in this section are their own and do not necessarily reflect Latheefarook.com point-of-view