Ever since Qatar was awarded the right in 2010 to host the 2022 FIFA World Cup tournament, it has faced opposition from the West, its Arab neighbours, NGOs and football teams. The whole anti-Qatar campaign has been distasteful and derogatory, focusing on alleged disrespect for human rights in the small Gulf State.

As the first Arab and Muslim country to be allowed to host such a major international sports tournament, Qatar has been making a huge effort to get things right in time for the World Cup starting next week. New stadiums have been built along with the infrastructure needed to cope with tens of thousands of football fans from all over the world.

While many Arabs and Muslims have thrown their weight behind Qatar, some have been involved in the anti-Qatar campaigns. Arab countries have conveniently ignored their own shortcomings on matters of human rights in their zeal to join in the criticism of Qatar. 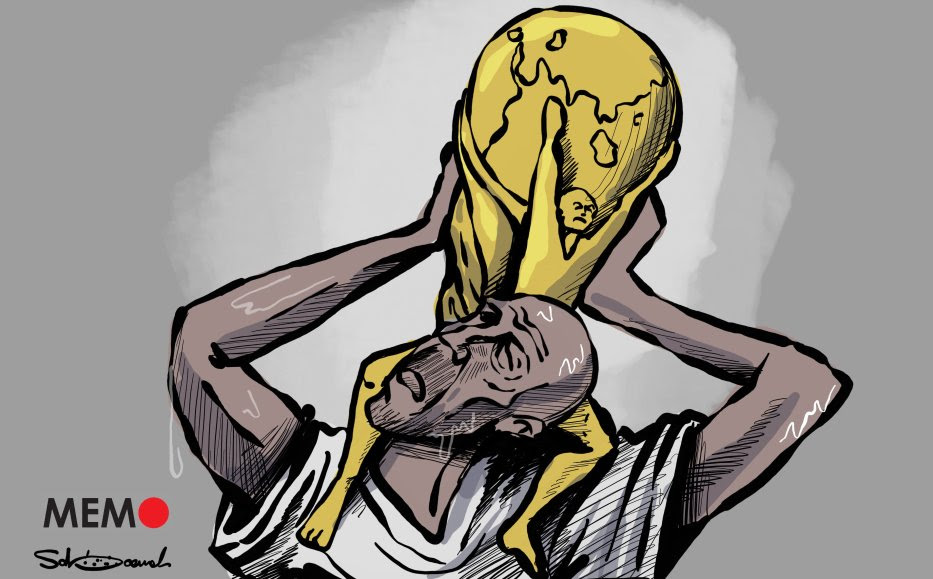 The core of the campaign is Qatar’s alleged mistreatment of migrant workers. This issue has been in the spotlight since Qatar won the right to host the World Cup. Now we see renewed allegations of bribery in the bidding process. They’re nothing new. In 2012, the then FIFA vice-president Jack Warner leaked an e mail claiming, said Al Jazeera, that Qatar had basically bought the tournament.

Former US Attorney Michael Garcia and German Judge Hans-Joachim Eckert took part in a year-long FIFA investigation into corruption related to awarding Russia and Qatar the 2018 and 2022 tournaments. Eckert released a summary of the report in 2014, clearing both countries of any wrongdoing.

Following several corruption charges against Warner — who British newspaper the Telegraph reported was getting about $2 million from Qataris — he was suspended from all football activities for life.

On 27 June 2017, FIFA released the full report on corruption investigations related to the 2018 and 2022 World Cups. There had been, it insisted, a flawless voting process and there was no hard evidence that any of the committees involved in the process had used bribes to secure the rights.

READ: FIFA pleads with World Cup nations to ‘focus on football’ in Qatar

What about the migrant workers? In 2013, the Guardian reported the findings of an investigation about migrant workers who were employed in the construction of Qatar’s stadiums for the World Cup. The newspaper claimed that Nepalese workers faced exploitation and other rights abuses that amounted to “modern-day slavery”. The same year, Amnesty International said that it had found that Qatar’s construction workers suffered serious exploitation.

In 2020, Human Rights Watch said that it had found that migrant workers suffered from frequent rights violations related to long working hours and low wages in very difficult conditions and hot weather. In February 2021, the Guardian claimed that 6,500 migrant workers from India, Pakistan, Nepal, Bangladesh and Sri Lanka had died in Qatar since 2010, when the World Cup was awarded to the Gulf country.

I get the feeling that this report was part of a pre-planned, anti-Qatar disinformation campaign of which the Guardian is part. Qatar’s economy is reliant on migrant workers, who make up around 95 per cent of its total labour force. The same is true of most other Gulf States, including those, like the UAE, for example, which attract foreign tourists and football teams which benefit from superb sports facilities in winter breaks. We can be certain that local Arab citizens did not get their hands dirty building such facilities.

We must ask, therefore, why the spotlight has only been turned on Qatar since it was awarded the World Cup. Why not before? And why not other Gulf States? Migrant workers have more or less built the airports, hotels, resorts, high-rise apartment buildings and roads that make the Gulf so attractive to foreign visitors, tourists and business people alike. None of the Gulf States is entirely innocent in this respect, Qatar included. And none of them are prefect, by any means, but Qatar is making efforts to improve the position of migrant workers following the recommendations made by human rights groups and others. It is, therefore, unreasonable to brand the country as a serial human rights abuser.

Qatar has not denied that abuses have happened. However, while statistics show that the number of deaths is proportionate to the size of the migrant workforce, and the figures include white-collar workers, it said that only 20 per cent of its migrant workforce is employed in construction.

“Every lost life is a tragedy,” the government in Doha has said, “and no effort is spared in trying to prevent every death in our country.” It noted that all citizens and foreign nationals have access to free first-class healthcare, and that there has been a steady decline in the mortality rate among “guest workers” over the past decade due to health and safety reforms to the labour system. The Guardian figures have been refuted by Qatar and experts, including Marc Owen Jones, the author of Digital Authoritarianism in the Middle East.

“In recent years Qatar has introduced a series of major reforms, including amending laws to give workers freedom of movement and allow them greater job mobility,” said Steve Cockburn, Head of Economic and Social Justice at Amnesty International. “It has also promised better pay and access to justice in cases of abuse.” In October 2019, a UN study praised measures taken by the tournament organising committee.

With such evidence failing to convince critics, FIFA felt compelled to write to the national teams taking part in the tournament to “now focus on the football”. Sport, insisted FIFA, should not be “dragged” into ideological or political “battles” or “hand out moral lessons.”

I believe that the campaign against Qatar is not related to corruption or human rights as much as to racism. This was fairly obvious when German Interior Minister Nancy Faeser said, “There are criteria that must be adhered to and it would be better that tournaments are not awarded to such states [as Qatar].”

If the issue was really related to human rights and civil freedoms, then Faeser and her fellow critics of Qatar would turn their sights on Israel, which continues to violate the legitimate rights of the Palestinians after more than 70 years of doing so. The occupation state also commits war crimes.

Amnesty International, Human Rights Watch and Israel’s own B’Tselem have pointed out that Israel implements apartheid against the people of occupied Palestine. Apartheid is akin to a crime against humanity. Perhaps the German minister should consider this and explain why her country maintains a “special relationship” with Israel, despite its contempt for international law.

Disclaimer: Why has Qatar faced a campaign against its hosting of the FIFA World Cup? - Views expressed by writers in this section are their own and do not necessarily reflect Latheefarook.com point-of-view