Every now and then, the world is fed a dizzying kaleidoscope of tormenting Uyghur accounts. There are millions.

In May, the BBC published a damning report proving up to 1.2 million Uyghur Muslims have been detained and mistreated “not for what they’ve done but for who they are”.

A catalogue of photographs of detainees emerged, showing people with tears in their eyes, with “broken spirits” and shaved heads and beards. It has been described by the New Statesman as possibly “the largest mass incarceration since the Holocaust”.

Today, heart battered and conscience heavy, Mehray Mezensof tells me her and her husband’s harrowing reality at the hands of the Chinese government.

Australian-born Mehray has been married to Mirzat Taher, 31, for six years, but she has spent most of that time alone.

“Within our six years of marriage, we’ve only had 14 months together,” Mehray says, adding that Mirzat “was arbitrarily detained before we had even reached one year of marriage.”

In the summer of 2016, she flew to Urumqi, capital of the Xinjiang region, for the first time and married Mirzat three days later. Mehray smiles as she reminisces about falling in love at 22. “Everything was like a dream,” she says. “Our love, our bond and time together just felt perfect and right. We were happy, content.”

Mirzat’s Australian partner visa was approved just two weeks before their scheduled flight to Melbourne on 12 April 2017. They hoped to settle there and begin a new life together.

READ: The Muslim world must do more to help Uyghurs being persecuted in China 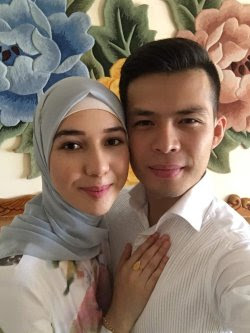 The dream was short-lived.

On the night of 10 April, Mirzat’s home was invaded and his passport confiscated by the Chinese authorities, he was interrogated and taken to a detention centre for ten months, from there he was transferred to a concentration camp.

His travels to Turkiye, where he had worked as a tour guide, raised serious suspicions of separatist activities, authorities claimed.

“My husband was questioned for months about what exactly he was doing in Turkiye, why he went, who he was with, where he stayed. They investigated every detail. And obviously, found nothing against him because he did nothing wrong,” explains Mehray.

However, despite being cleared of any crimes and suspicions, Mirzat was still deatined and tortured for two long years at “re-education schools” where Uyghur Muslims are put through religious and cultural brainwashing as the Chinese government tries to modify their beliefs. Beijing argues this is necessary to tackle “terrorism”.

Uyghurs showing adherence to Islamic principles including praying, fasting, abstaining from alcohol, growing beards or wearing Islamic clothing have been detained by authorities and forced to comply with Communist Party principles.

In addition to the psychological torture he endured during his time at the reeducation camp, Mirzat revealed to his wife that he had also suffered inhumane treatment including sleep deprivation, constant surveillance, confinement to cells and extreme arbitrary punishment such as being starved of food.

“My husband was taken to two different re-education schools where they’re constantly bombarded with propaganda and brainwashing. They were forced to memorise speeches and watch videos praising the Communist Party and the president,” explains Mehray.

“They would also be forced to repent,” she adds. “Depending on the reason why these detainees were taken in like my husband for just travelling overseas, he had to prepare a speech confessing he should not have left the country because China is a great country. I ask for forgiveness.”

READ: Western racism at its worst

“And it all had to be in Chinese. They were banned from communicating in Uyghur, even between one another or they’d be severely punished. It was difficult for the elderly who didn’t know any Mandarin at all.”

Ordered and threatened to deny who they are and spit on Uyghur traditions, language and beliefs day after day, the goal is for the Uyghur detainees to leave from the camps, stripped of their identity, no longer who they once were. It’s a process activists say is designed to strip the Uyghurs and other minorities of their culture, language and religion and indoctrinate them into mainstream Chinese culture.

In spite of repeated accounts of such torture at the hands of authorities, the Chinese government says accusations of human rights abuses against the Uygurs are “the most preposterous lie of the century, an outrageous insult and affront to the Chinese people, and a gross breach of international law and basic norms governing international relations.”

Mirzat was “randomly” released on 22 of May 2019. He was informed that he had completed his “studies” and that he could return to society and resume to live a “normal life.”

However, having been abused for two tears, Mirzat was far from normal. And his passport was never returned. 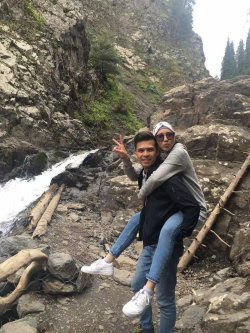 “He was traumatised,” said Mehray. “After we reunited, I saw how much weight he lost and his pale skin but most noticeably, the fear they striked in him. If he received a phone call from a private number or even heard knocks on our door, he’d go into shock and freeze, because he thought that someone was coming to take him again. He’d find a place to hide in the house, and tell me to tell people he’s not home.”

“He was too frightened to ask for his passport and it broke my heart seeing him like that because that’s not who he was. He was someone so full of life and hopeful for the future. But even though they had let him out, his mind was never at peace, he kept saying they took him away for no reason at all in the first place, so they can do it again.”

A year later, Mirzat was taken away for a second time, while Mehray was in Australia as her visa had expired. He was subjected to the same interrogation cycle regarding his stay in Turkiye however, this time, he was released after three months.

“I thought the worst thing that could have happened to us has passed, it couldn’t possibly get any worse, things must get better,” says Mehray. “But I was wrong each time.”

On September 2020, Chinese police from Hami, a city in Eastern Xinjiang, arrested Mirzat for the third and final time over allegations of “organising, leading and participating in terrorist organisation.”

Tears streaming down her face, Mehray relives the harrowing moment she received news of the tragic night her husband was sentenced to 25 years in prison.

“I didn’t know that was the last time I’d have spoken to him,” she cries. “I wasn’t expecting him to end up being convicted with all these ridiculous crimes and be sentenced for 25 years.”

“It’s unfair. I didn’t know that’d be the last time I ever got to speak to him.”

Inevitably, the cruel reality has taken its toll on Mehray. “It’s the strong faith in my religion that keeps me grounded. I’m taking each day as it comes because sometimes I feel like I’m fighting blind and losing hope,” she said. “But I won’t be silenced and will keep fighting till he’s free and back safely with me.”

“We made vows to stick by each other and I’m a loyal person. I will keep to my promise till the very end, until we’re reunited, once again. I love him.”

Disclaimer: The Chinese gov't arrested my Uyghur husband, jailed him for 25 years for visiting Turkiye - Views expressed by writers in this section are their own and do not necessarily reflect Latheefarook.com point-of-view