But is this the society you want to live in? Where core practices of faith are banned by the state for no other reason except to hurt religious sentiments?

Human history has repeatedly shown that acts that hurt or destroy the spirit of – a person, a place, a language, a faith, a community – are more harmful than even the act of killing

If we take away that space for any group within a community, the ripple effect of that violence will not leave anyone behind

There is something positively vile about a government that goes out of its way, in the midst of a global pandemic to hurt the most core sentiments of a religious community. During the pandemic Sri Lanka is the one among abysmally few countries in the world that has explicitly disallowed burials.

There is no scientific proof that says burials increase the chances of virus spread. Such a question has not arisen anywhere in the world even though there has been mass scale deaths and practical issues such as lack of space for burial. Yet, here in Sri Lanka, with way fewer deaths (thank god) and no other practical, rational, scientific reason backing it, the government banned burial of COVID-19 victims. This has hurt a core principle of the people of the Islamic faith. The ban has been executed since not just for Muslims those who have died of COVID-19, but of other deaths, merely suspected of being due to the coronavirus.

There is ample literature and statements that outline the baselessness of this action. More recently the action has only gotten even more vulgar as the President declared that they are willing to remove the ban only with the availability of remote dry areas where there will not be alleged groundwater contamination. They passed the buck to the health officials. To pass this decision on to the bureaucracy of the government rather than simply removing the ban is a blatant show of the complete absence of political will to respect the right to burial.

All these scientific, political and other questions, comments and considerations are of paramount importance. But here some questions are being raised of the human conscience and reason. How is it that all those not of the Islamic faith have not been adequately disturbed by this entire ordeal? First, how are we not outraged that time and resources are being spent on forcibly cremating people rather than focusing on the urgent tasks of curbing the virus? Second, how are we letting it be unnoticed that while Muslims and other communities are burying the dead everywhere in the world as per their faith based rituals, in Sri Lanka, this banning of burials is made to sound like it is a relevant and even rational thing to be debating right now? This exposes, blatantly, the mediocrity and insularity of this island which can turn its vision towards itself and see all things through such a restricted perspective that, although the issues being discussed are international and relevant to all humans, they become, baseless and specifically ‘Sri Lankan’. Third, and perhaps most importantly, how are we not haunted by nightmares of the sin that it is, morally, ethically and religiously, to stand by and watch while a whole community is afraid that they will not be able to mourn their dead with the practice of burial. Instead they have to be quiet as their loved ones pass on and are ‘punished’ here on earth by being cremated. It is believed in Islam, like in many other faiths, that one will burn in hell if one has sinned but otherwise one’s soul will be given entry to heaven. Burning the dead here on earth is considered a severe punishment for a human soul who will then not be able to enter heaven. It is this horrific feeling of dread that the Muslims of this country have to ‘tolerate’ due to this ban.

To the Tamil speaking Hindus, we ask, ‘you know full well what it means to be dehumanised as a cultural group, whose language, practices and sheer existence on earth can be seen as akin to vermin and can be destroyed with enough weaponry in the hands of hatred’.

Is this the society you want to live in?
How can you remain silent as this happens to yet another community? To the Tamil speaking Christians, we ask, you may not be as deeply hurt by the denial of burial rights and your rights may not be impacted in practical terms, as the hatred is not directed toward you (at this moment). But is this the society you want to live in? Where core practices of faith are banned by the state for no other reason except to hurt religious sentiments? To ALL Sinhalese who, in the bare minimum, believe in dignity for the dead, ALL dead whatever their religion, we ask, will you keep silent while one more community’s spirit is chipped away and massacred in the name of your faith, language and country? Or in the least, will you stand by, when news space, government time and resources are being taken over by unnecessary inane hateful actions rather than dealing with the massive threat to the world as we know it, posed by this pandemic?

I know it must sound rude to call upon us all by our religious and linguistic identities. But then again, without explicitly saying so, and sometimes by saying so, the voices of hatred do speak to and in the name of these identities. Through that hateful speech they go on to make our identities as Sri Lankans on our behalf, whether we like it or not. So it is up to us to wrest power away from these authoritarian hateful voices from defining who we are in absolute terms. We can do this by denying membership in these identity groups as being restrictive. Sometimes, however, we must also do this by saying ‘if this is the box you put me in and you declare what this box stands for, and I vehemently disagree. I say, ‘NOT IN MY NAME’. Hindus of all hues have had to do this in India to fight for the syncretic, non-religion, secular ethos of that country. White folks have had to do it world over to counter the brutal white supremacist voices that claim to represent ALL white people while they systematically murder black folks. Here in Sri Lanka, those who are privileged by the powers that be has seen some oscillation and complication in all of its history, not unlike many other parts of the world. It has definitely seen this after the end of the war, after the attack on Muslims in different parts of the island and finally the heartbreakingly violent Easter bombs.

So, if we do not speak out on such injustices not as those affecting any one community, but as those rupturing the very fabric of our shared society, we will not break this cycle of violence and complacency that has scarred this island over and over again. Human history has repeatedly shown that acts that hurt or destroy the spirit of – a person, a place, a language, a faith, a community – are more harmful than even the act of killing. This is why various groups in human history have fought for saving – languages, practices, rituals, land, plants, music and so much else – even if that meant loss of lives. It is because these practices hold the spirit of a community. Faith is one such holder of spirit. Within faith, the practices that are believed to ensure dignity for the dead is of paramount importance. These rituals help us cope with perhaps the most unknown and difficult process of grieving our dead loved ones. If we take away that space for any group within a community, the ripple effect of that violence will not leave anyone behind. It will leave a dent in the society as a whole for eons to come. Our children and children’s children who already have blood on their hands will also have the pained cries of broken spirits of a
people haunting them.

We must speak up now or in the least we must come to a reckoning with why we remain silent. Rest assured, yet again, when it is our own community that will be hurt, all others will remain silent and round and round it will go. In the massacre of spirit there is no majorities and minorities, affected and unaffected communities. There are only disassociated humans with ideas of culture and society that are hollow and shallow. There are only societies that are ruptured and scarred. Societies that cannot muster either voices of dissent against injustice or the deep inner quiet that can heal pain. We will be caught with holes of nothingness that no amount of money, jobs or frivolous and fear-driven ideas of our own God and faith can fill. That hole will grow larger till our future generations can no longer have genuine faith in any spirits – their own, that of their neighbor or society as a whole. We will live not as full humans but as automated machines.

Remember, Hitler crafted the most sophisticated cremation technology for the thousands from the Jewish community he murdered. The Jewish faith, like Islam, explicitly bans cremation. Rest assured, all those in Germany and other lands that housed these acts of moral violence continue to pay the price for this – a price that is of the soul and spirit whose healing will take many more generations to come. Be warned!

Disclaimer: Muslims gutted by banning of burials By M. Manimekalai - Views expressed by writers in this section are their own and do not necessarily reflect Latheefarook.com point-of-view 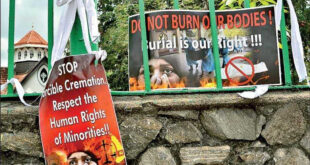 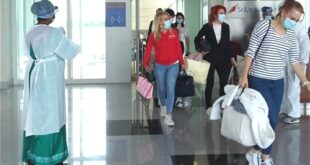 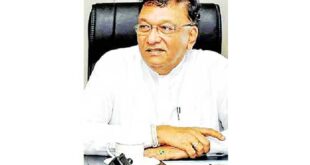 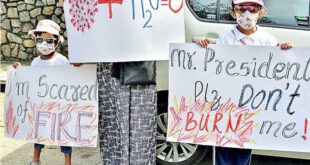 Spread the love The public outcry not only by Muslims but also Buddhists, Hindus and …