It’s hard to be a moral person and a Zionist at the same time, writes Lawrence Davidson.

Anyone who pays attention to the struggle for Palestinian rights, and the corresponding fight for a just and egalitarian Israel, is familiar with the phenomenon PEP: Progressive Except for Palestine.

There are literally tens of thousands of Jews and non-Jews who think of themselves as liberals, progressives, devoid of racism, proponents for peace, and otherwise decent folk who won’t give the plight of the Palestinians the time of day.

They rationalize this in a number of ways. For instance, the Palestinians are often collectively stereotyped as “terrorists.” In the end, it usually comes down to the conviction that the world is full of anti-Semites who are capable of initiating another Holocaust, so the Jews need the State of Israel for their own self-defense. Somehow this belief relieves all these PEPers from the obligation of taking notice that Israel has evolved into an apartheid state.

This is discouraging enough, but there is another level to this phenomenon — one that is at least as deeply problematic. This is the problem of clerical hypocrisy, especially that of most rabbis in the United States and elsewhere. Of what does this hypocrisy consist? On the one hand, the rabbinical profession calls upon them to teach their congregants (1) to be moral people — that is, that Jews have obligations, proclaimed by hundreds of Torah stories, to be kind to others, honest, forgiving, helpful, respectful and so forth. On the other hand, rabbis are expected to teach their congregants they have an obligation (2) to support Israel.

To this end, temple-going Jews are urged on by Old Testament mythology and the incessant prayers referencing Jerusalem. So, today they must give their money to Zionist organizations and their votes to pro-Israel politicians. They must lobby and cajole their governments to pursue the endless task of making Israel safe and strong.

The problem is that these two messages are contradictory. Put simply, you cannot be a moral person and a Zionist at the same time. To hide this truth one must patch over the contradictions with a thick layer of hypocrisy. Alas, this should be obvious to anyone who knows the objective history of the founding and subsequent evolution of modern Israel (much of it made public by independent Israeli historians), and to those who have the merest notion of the consequences of Israel’s policies and practices, and recognize racist behavior when they see it. 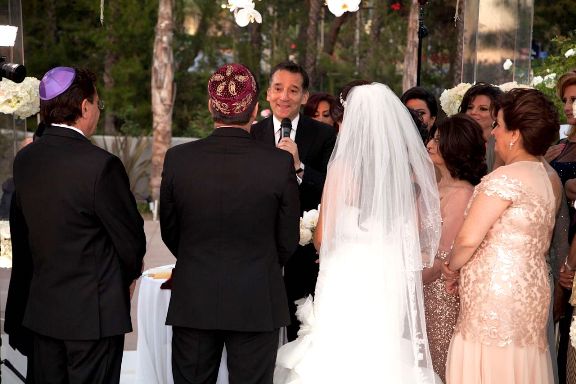 It’s time for an example. Rabbi David Wolpe is the senior rabbi at Sinai Temple in Los Angeles. According to Newsweek, he is “the most influential rabbi in America” and The Jerusalem Post has named him “one of the 50 most influential Jews in the world.”

If you listen to his sermons you can recognize the fateful contradiction laid out above. Wolpe is a man of great learning with a deep understanding of Jewish tradition and lore. He speaks with authority about the moral requirements and practical challenges of being a good person, and the related topics flowing from Jewish practice: such topics as redemption, absolution, atonement, and forgiveness, as well as fair judgment and accountability.

But then comes the fatal flaw. Paralleling his moral and ethical advice to congregants and others is a compulsive need to defend the modern Zionist state of Israel. And with it, of course, comes one horrendously large blindspot, for the ethical standards he applies to individual Jewish behavior, he refuses to apply to the Zionist national collective.

On Sept. 12, Rabbi Wolpe had an opinion piece, written at the time of Yom Kippur, the Jewish day of atonement, in The New York Times. It is entitled “A Rabbi’s Guide to Making Amends.” It turns out that his recommendations are as easily applied to offenses committed by the Zionist national collective as to any Jewish individual.

Wolpe tells us that “Judaism offers a series of ideas and guidelines for how to cope with offense and foster forgiveness.”

— “First, you must apologize to those you’ve hurt, sincerely, as many as three times. The apology should not come weighed down with justification, but rather should acknowledge the other person’s hurt and express sincere regret.” One of the main things Palestinians demand of Israelis is that they, as a collective, sincerely and publicly recognize that the Zionist state has done them a great injustice. The Israelis should admit that the creation of the State of Israel rests on acts of aggression that abridged the human and national rights of the Palestinians. For this Zionist Israel must accept responsibility.

—“Second, serious, sustained reflection is required to try to change who you are. … To repent is to return to what once was, what became hidden through coarseness or impulse.” While the Palestinians do not require this self-reflection on the part of the Jews, doing so is implicit in making sure one’s remorse is sincere. In a real way this process has already begun among the increasing number of Jews who have broken with Zionist policies and practices — those who now proclaim themselves in support of justice and equality for the Palestinian people. As we will see below Rabbi Wolpe fears these Jews.

—“Third, you must change your ways. The sage Maimonides teaches that one who says to himself, ‘I’ll sin and then, repent’ cannot be forgiven. Sorrow is not a strategy. It is a vulnerability and it is a promise.” In the present case “changing one’s ways” means changing Israel. The Israeli Jews must democratize their nation, give up the racist discrimination upon which their ethnocentric power is based and allow back, indeed welcome back, those they have wrongfully ethnically cleansed.

As Rabbi Wolpe says, all of this comes out of Jewish teaching. It rests on the assumption that human beings are capable of change, self-improvement and fair judgment. However, he reminds us that “We do not have forever; we must struggle to right our souls now.” 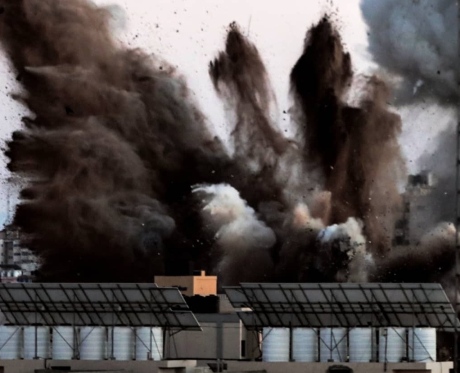 At least to date, Rabbi Wolpe has refused to take the advice of his own Jewish tradition. As it refers to Zionist wrongs against the Palestinians, he will not repent, he will not change, he will not struggle to right his soul, he won’t render fair judgment, and he certainly is not about to “love his neighbor as himself.”

The reader should listen to the oral recording of a recent sermon he gave to his congregation in Los Angeles. It is entitled “Seeds of Hope” and was delivered on July 17. In this sermon he decries those who deny aid to Israel such as “Bernie Sanders and the so-called squad.”

He ridicules the notion that there is an occupation of Palestine and labels those Palestinians who resist this aggression as “terrorists.” He is upset with those Jewish organizations such as Jewish Voices for Peace and Peace Now for their opposition to Israel’s “right to defend itself.” He is particularly angry at “the one hundred rabbinic students” who signed a public letter condemning Israeli destruction of the civilian infrastructure of Gaza. He claims that such Jews have abandoned Zion and failed to remember Jerusalem.

“I don’t get it” he says of them and then declares that “there must be limits” on such behavior. Rabbi Wolpe is obviously afraid of those Jews who might reflect on the policies and practices of modern Zion. On this subject it is too dangerous to undertake the “sustained reflection” that is “required to try to change.”

Amongst all the hypocrisy, Wolpe does make the following general statement: “There will always be things we cannot fully forgive and people who do not deserve to be restored to good reputation.” He clearly has designated the Palestinians, and particularly Hamas, as among those “beyond the pale.” However, he has done so by giving biblical mythology preference over international law.

For while Wolpe believes that God deeded Israel to the Jewish people thousands of years ago, their modern act of “repossession” violates a host of international laws — some of which were enacted after World War II in response to the persecution of Jews and other minorities.

In other words, Wolpe juxtaposes a story out of the Old Testament against modern laws that underpin the civilized relations between nations and peoples, laws which modern Israel’s actions now erode — apparently with Rabbi Wolpe’s blessings.

Rabbi Wolpe, like so many other rabbis, wears two hats. One is that of the sage moral counselor instructing their flock how to be good people and good Jews. The other is that of the partisan promoter for modern Israel which, allegedly, faces enemies who are capable of “destroying us.”

Israel’s 70 years of overwhelming military superiority calls this portrayal of post-World War II victimhood into serious doubt, as does the continuous itemization of Israel’s criminal acts.

Rabbi Wolpe takes no notice, lest his idealized image of today’s Zion crumble. In the end we can ask, what does a Zionist partisan promoter really know about being a good person?

Lawrence Davidson is professor of history emeritus at West Chester University in Pennsylvania. He has been publishing his analyses of topics in U.S. domestic and foreign policy, international and humanitarian law and Israel/Zionist practices and policies since 2010.

Disclaimer: Palestine & Rabbinical Hypocrisy By Lawrence Davidson - Views expressed by writers in this section are their own and do not necessarily reflect Latheefarook.com point-of-view