Benjamin Netanyahu is a suspected war criminal. The adjective ‘suspected’ is added here to conform to journalistic ethics and in deference to a judicial principle where a person is not 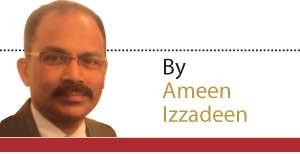 guilty until proven guilty in a court of law. In March last year, International Criminal Court prosecutors alleged that Netanyahu’s government had committed war crimes in occupied Palestinian territories. He told them to fly a kite and binned the ICC letter.

It was only last week, a United Nations inquiry panel accused Israel of violating international law by making its control over the West Bank permanent, and annexing land claimed by the Palestinians in Jerusalem and the West Bank, and Syrian land in the Golan Heights. It also accused Israel of discriminatory policies against its Arab citizens, of stealing natural resources of the Palestinians, and of gender-based violence against Palestinian women. The panel also said it would investigate apartheid charges against Israel. Most of these violations and alleged war crimes happened when Netanyahu, Israel’s longest-serving prime minister, was heading the government.

With Tuesday’s results of Israel’s fifth general election in three years making Netanyahu a clear winner but a puppet of Jewish extremist parties, he is returning to terrorise the Palestinians and take the violence against the civilians in the occupied territories to the next level. A hardliner himself, he will be now dancing to the tune of the Jewish extremist parties with whom he has struck an electoral alliance. Netanyahu, who is also facing multiple bribery charges, will be their prisoner.

Netanyahu’s hardline policies that have led to the slapping of war crimes allegations by the UN Human Rights Council on Israel pale into insignificance in comparison to the extremist ideology of his puppet masters or electoral partners, who have publicly called for the annihilation of every Arab Palestinian in Israel and occupied Palestine.
Alleged war criminal Netanyahu may appear as an angel in the presence of these extremists. The United States, Israeli’s patron and partner in war crimes, may not be happy with Netanyahu’s liaison with Jewish extremist groups, but it could do nothing except portray Netanyahu as a moderate. The Corporate US media also toed the government line and made a moderate out of a hardliner to obfuscate the fact that Netanyahu is surrounded by ultra-national fanatics hell-bent on seeing the ethnic cleansing of Arab Palestinians.

Of the 120 Knesset seats, Netanyahu’s Likud Party has won 32 while the umbrella Religious Zionism alliance consisting of three extremist Jewish parties won 33. Though together they have a five-seat majority, Likud is a minority within the coalition. This means, for the sake of the government’s survival, Netanyahu will have to do the bidding of the Jewish extremists. But it is too early to say who will be the prime minister as political horse trades have just begun. It is no secret that Netanyahu’s coalition partner Religious Zionism party (Otzma Yehudit party) leader Itamar Ben-Gvir is harbouring premiership ambitions. He was cheered on by supporters as the next prime minister when he visited the party office after the election victory. Not yet, Ben-Gvir told them, an indication he would stake a claim.

Ben-Gvir and his party stalwarts are known for their toxic anti-Arab rhetoric. They openly advocate anti-Arab racism and believe that Israel belongs only to Jews and that Israel’s 20 percent plus Arab population is not loyal to the state and, therefore, should be expelled. Such policies had been espoused by Ben-Gvir’s ideological guide Rabbi Meir Kahane, a Jewish supremacist from the US.  Even the US, Israel’s most trusted ally which has the moral turpitude to whitewash Israel’s crimes against humanity, found the violent ideology of Kahane unacceptable and labelled his organisation as a terrorist group. Kahane’s followers have murdered scores of Palestinians.
Kahane espoused the setting up of a theocratic Jewish state extending from the Nile in Egypt to the Euphrates in Iraq. Although he was assassinated 30 years ago in New York, he remains an inspiration for Jewish extremists such as Ben-Gvir, who once proudly displayed in his room a portrait of Jewish terrorist Baruch Goldstein who in 1994 massacred 29 Palestinians and wounded 125 others at a sacred mosque in Hebron.

Ben-Gvir himself has been convicted of incitement to racism and supporting Kahane’s organisation. After the election results were out, supporters of the extremist Jewish parties which are set to form the next government gathered in the West Bank town of Sheikh Jarrah, shouting taunts and throwing stones at Palestinians.
The results also show a massive setback for Israel’s Left that supports the two-state solution, which the right-wing extremists have long ditched.
With the Israeli voters bringing the far-right extremists from the fringe to the mainstream, Palestinians fear the worst. If the emboldened extremists execute their dangerous plan and go on a murder spree targeting the Palestinians in the occupied territories, the US and its Western allies who portray themselves as the protectors of human rights worldwide will only express concern, but would neither condemn Israel nor allow the perpetrators to be hauled before an international war crimes tribunal similar to the courts that were set up to try those responsible for committing war crimes in Rwanda and the former Yugoslavia.

The usual Western policy is to turn a blind eye or justify Israel’s excesses as measures necessary to ensure the Zionist state’s security. The maverick US president Donald Trump went one step further. He recognised undivided Jerusalem as the capital of Israel, shifted the US embassy there, and endorsed Israel’s annexation of Syria’s Golan Heights. The present US president Joe Biden has done little or nothing to undo Trump’s atrocious moves which were a clear violation of international law. Biden’s hypocrisy becomes manifest when he condemns Russia’s annexation of Ukrainian territories but says nothing about Israel’s annexation of Palestinian and Syrian territories.   Biden has no peace plan to solve the Palestinian issue. Under his leadership, Washington’s influence in the Middle East is fast waning. It was only recently Saudi Arabia refused to comply with Biden’s plea to increase the crude oil output. On the contrary, the Saudis cut production causing an oil price hike which in turn boosted Russia’s ability to fight Ukraine.

Given Biden’s policy of passivity about the Israeli-Palestinian problem, Jewish extremists armed with state power will fear none to unleash their violence against Palestinians. Already 2022 has been described by the UN humanitarian office as the deadliest year for Palestinians. With violent fanatics in government and with Ben-Gvir as Premier or Defence Minister, the plight of the Palestinian people will only worsen. 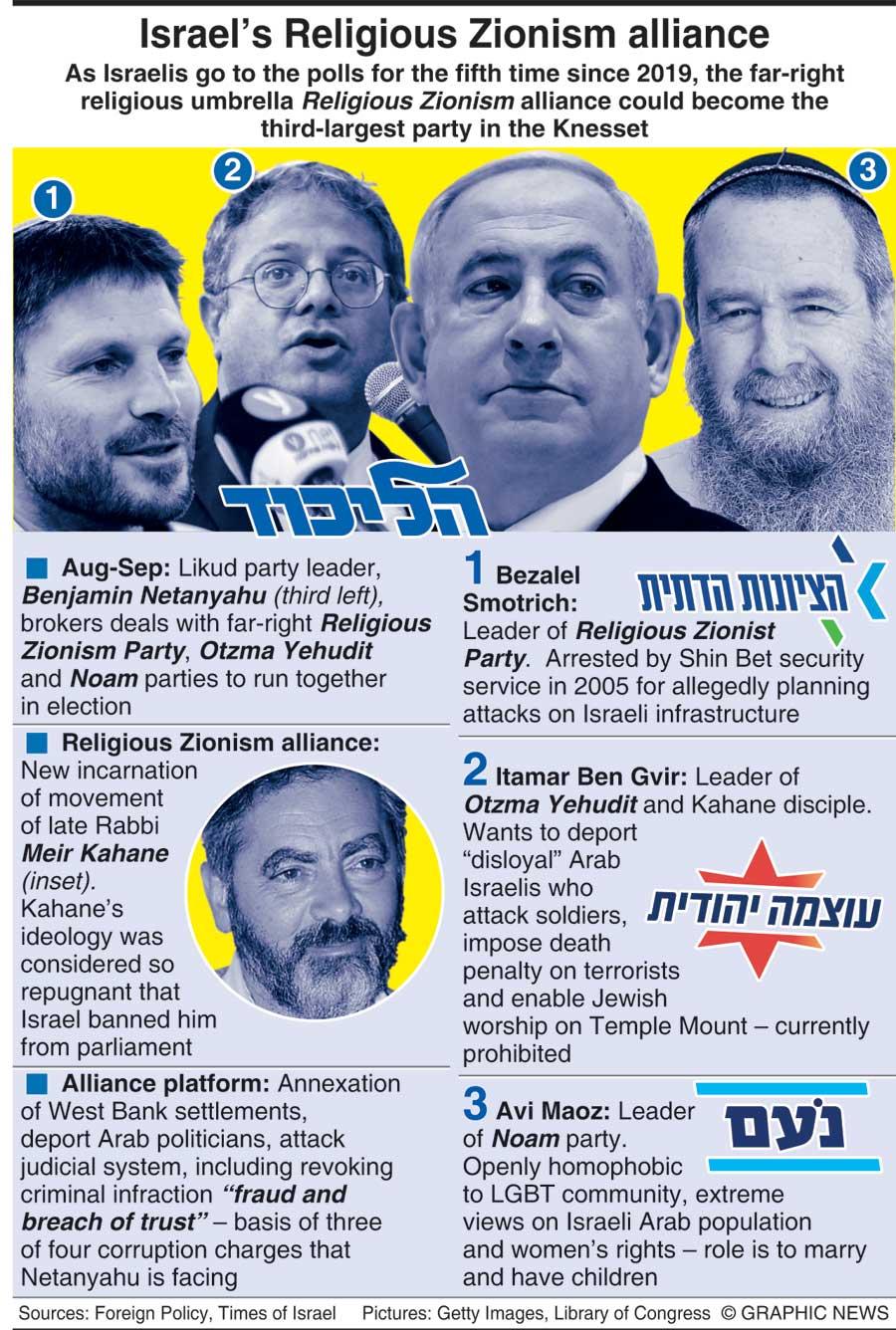 Disclaimer: Netanyahu back; deadliest year for Palestinians - Views expressed by writers in this section are their own and do not necessarily reflect Latheefarook.com point-of-view