It is that time of year when yet another anniversary of disappointed hopes looms over Palestinians. Seventy-three years ago, on 11 December 1948, Resolution 194 was passed by the United Nations General Assembly. It was of enormous legal and moral significance, enshrining the right of return of Palestinians displaced from their homeland by Israel’s creation to return home or be compensated for the loss of their property.

Coming so soon after the mass expulsion of Palestine’s population during the Nakba in May 1948, it seemed a perfect antidote to that disaster, offering a lifeline to devastated Palestinians.

Resolution 194 has been reaffirmed by the UN every year since 1949, attesting to its continuing relevance. But it has never been implemented, thanks to Israel’s ferocious opposition and western inaction.

From the outset, the UN, aware of Israel’s anxieties about a refugee return, took pains to use careful language in its wording of the resolution. Its request for Israel to repatriate “refugees wishing to return to their homes and live at peace with their neighbours should be permitted to do so at the earliest practicable date” (emphasis added) can only be seen in that light.

Against the background of a clear international consensus on the absolute legal and humanitarian right of individual return without condition or caveat, this was an extraordinary concession to Israeli concerns. It set the stage for the subsequent tolerance of Israel’s continued intransigence over the right of Palestinian return.

The consequences have been hugely damaging to Palestinians. All the ills that have beset them since 1948 can be linked back to that denial of their right of return. Had it been allowed, there would be no Palestinian refugees (more than five million are registered with the UN today) or refugee camps (of which there are around five dozen). The UN Relief and Works Agency, set up specifically to care for Palestinian refugees in 1949, would never have existed.

No Palestinian would have to endure the limbo of statelessness, or be labelled a “terrorist” for exercising their legitimate right to resist Israel’s oppressive rule. Gaza would not be under an inhumane, 14-year siege, with no end in sight. Palestinians who sought refuge in their countries of exile would no longer have to be treated as burdens or second-class citizens. They would have retained their dignity and self-respect, safe in the knowledge that they had a homeland of their own.

Nor would Palestinians have suffered the psychosocial effects of exile, even harder to reverse than physical exclusion. What before 1948 had been a cohesive society, with its own customs and norms, was comprehensively smashed by Israel’s establishment.

Worse still, Israel then set about trying to erase all traces of the Palestinian presence in the land it had taken over. Hundreds of villages were demolished, Arabic place names were replaced by Hebrew, and a new Israeli narrative wrote Palestinians out of the country’s history. The aspects of Palestinian culture not destroyed in this endeavour were appropriated as Israeli: cuisine, embroidery, even the dabka dance.

How can a people dispersed and fragmented around the world for decades “return” to this altered Palestine? In each place of exile, there have been changes in culture, customs and lifestyle. Younger generations may identify more with their current surroundings than with Palestine. How will such disparate communities learn to live together again? 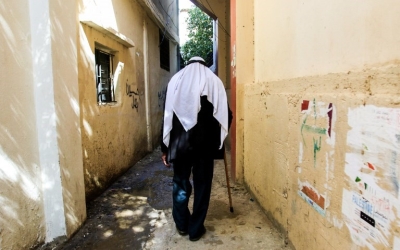 Return has long been a common theme that united a dispersed people. But if they did return, what unifying idea would take its place? What sort of Palestine, with what type of governance and social norms, do returnees want to live in? Had Palestinians remained in their native land, they would never have faced these hard questions; their society would have evolved naturally. Rebuilding a Palestinian society today, on the other hand, entails a huge task: reversing the effects of an exile that need never have happened.

The denial of the Palestinian right of return was a crime as great as the Nakba. It started with deliberate negligence with regards to Israel’s admission to the UN in 1949: Israel’s views, then as now, were that the refugee problem was not of Israel’s making, that refugees should be resettled in neighbouring Arab countries, and that it would not offer restitution.

In principle, Israel agreed to the conditions of its UN membership in abiding by resolutions, however, in reality they acted in contradiction to these conditions. Astonishingly, the UN still pronounced itself satisfied and admitted Israel as a member state.

It was when the UN admitted Israel as a member state that one of the original sins against the Palestinian people was committed – and where it can be redeemed. Israel’s non-compliance with the conditions of its UN membership should ultimately lead to revocation of that membership, providing some justice to a long-suffering people who were exiled from their homeland through no fault of their own.

Disclaimer: The denial of the Palestinian right of return is a crime as great as the Nakba by Ghada Karmi - Views expressed by writers in this section are their own and do not necessarily reflect Latheefarook.com point-of-view