In October, the Palestinian Civil Society Team for Enhancing Public Budget Transparency revealed that the Palestinian Authority’s (PA) security sector continues to receive the largest portion of the PA’s budget.

During the first half of 2021, more than 50 million Israeli shekels (~$16 million) were spent on the reform of the PA security forces (PASF). The PASF also received 1,675 million shekels (~$538 million) — over 22 percent of the PA’s total budget — of which 88 percent were allocated to salaries; this was an increase of 115 million shekels (~$37 million) in comparison with the first six months of 2020.

These figures indicate the stark divide between the needs of the Palestinian people and the PA’s priorities. While Palestinians seek to end the oppressive security framework imposed by the Oslo Accords, the PA continues to invest politically, financially and institutionally in the status quo, entrenching the security framework under the pretext of stability and state-building.

Rather than a process of democratization, inclusiveness, and accountability, the PA’s internationally-sponsored security reform processes — which have been the lynchpin of the PA’s post-2007 state-building project — have resulted in repression, persecution, and the professionalization of Palestinian authoritarianism. Thus, structural authoritarianism is imbedded in the Palestinian political system.

Following the killing of activist and PA critic Nizar Banat in June, the PASF cracked down on peaceful protests with unlawful force, targeting journalists, civil society activists and lawyers with arbitrary arrests and torture. 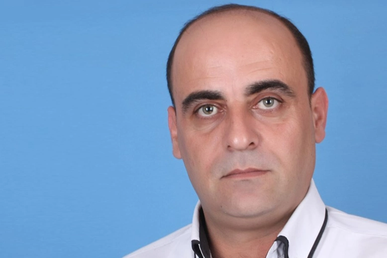 The level of repression observed during the summer of 2021 was unprecedented, and its complexity was apparent: it indicated the steady convergence of the legal, political, security and economic institutions of the PA. Converging to repress more effectively is a concerning development, and unless it is countered with people-driven accountability mechanisms, authoritarian aggression will intensify and democratic transition will be denied.

Consolidating power in the security sector continues to be a key objective of the PA. The goal of the 2007 PASF campaigns was to “cleanse” the West Bank of non-PA weapons, conduct a disarmament process, arrest those who challenged the PA’s authority and send a clear message to Palestinians that the PA was the sole governing structure and power.

Hence, the PA adopted a “blanket approach” to confiscate arms, and intentionally blurred the lines between “weapons of anarchy” and those of “armed resistance.” This meant that criminals and resistance fighters were conflated and similarly targeted. As a resident of Balata refugee camp derisively asked: “How can a thief be held in the same jail cell as a muqawim (freedom fighter)?”

The ramifications of security sector reform (SSR) processes take time to manifest socially, and in Palestine, they are now becoming clear. The 2007 security campaigns, ironically dubbed as “Smile and Hope,” and the ongoing reform process that ensued created profound structural problems and deficiencies that only entrenched a culture of fear, tamed and criminalized resistance, and deepened the distrust Palestinians feel towards their leadership.

Indeed, the torture and killing of political opponents, arbitrary arrest of critics in inhumane conditions, increased levels of surveillance, and decreased levels of tolerance and plurality, are key ingredients for deterioration in Palestinian society. Further securitization of social spaces will disempower the Palestinian people, entrench their fragmentation, and weaken their ability to effectively resist colonial and oppressive structures. 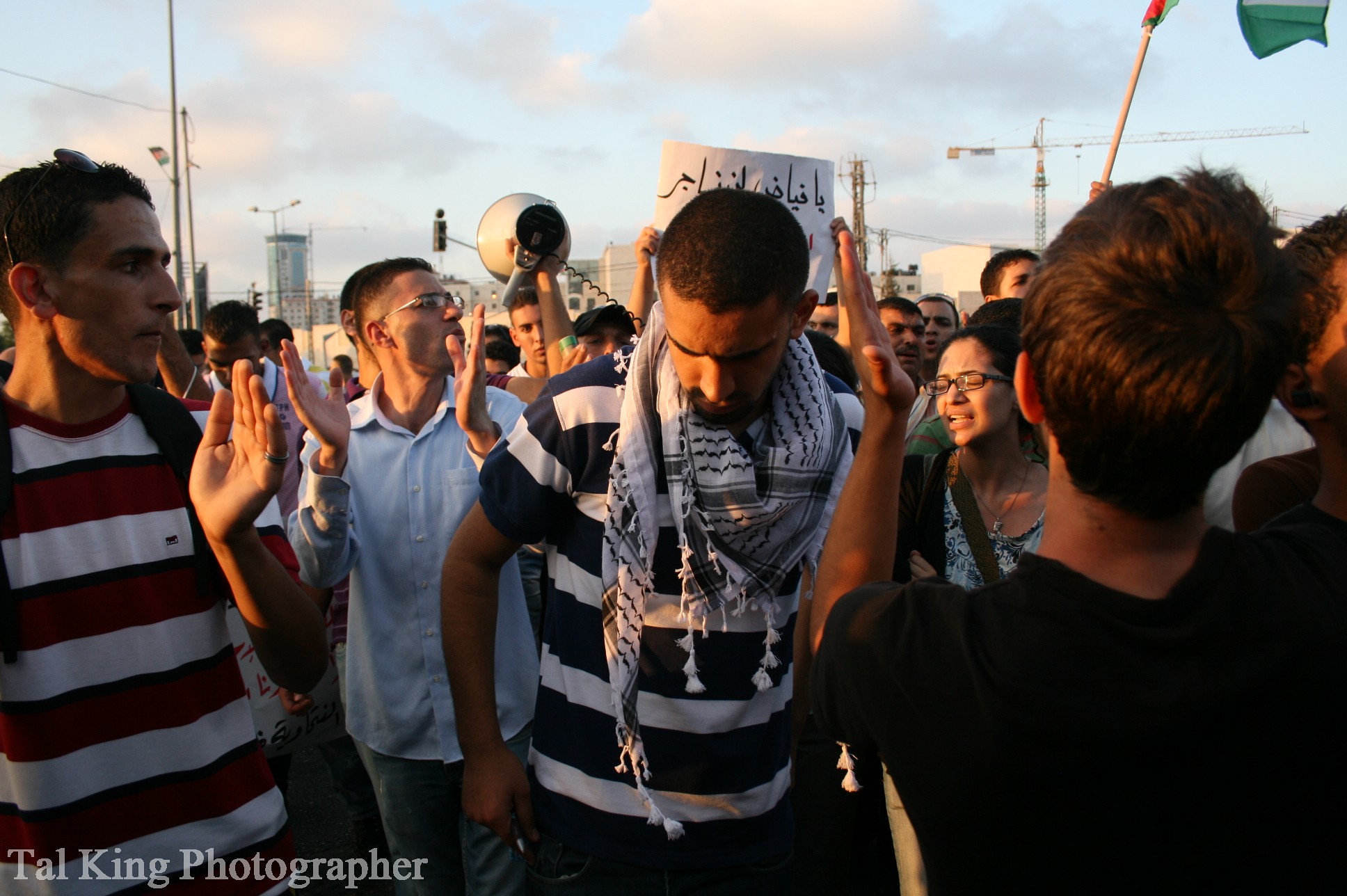 Protest in Ramallah calling on the PA to end the Protocol on Economic Relations with Israel, Oct. 1, 2012. (Tal King, Flickr, CC BY-NC 2.0)

Rethinking Palestinian security sector governance whereby the Palestinian people are prioritized must be part of any serious and comprehensive national dialogue. The consolidation of power, as opposed to inclusivity and accountability, has meant that the PASF are more accountable to donors and the Israeli regime than to the Palestinian people. Reversing this is a critical entry point to SSR. In order to do so:

Alaa Tartir is program adviser to Al-Shabaka. Tartir also serves as a research associate at the Centre on Conflict, Development, and Peacebuilding, and a visiting fellow at the Department of Anthropology and Sociology, The Graduate Institute of International and Development Studies (IHEID), Geneva, Switzerland. Follow Tartir on Twitter: https://twitter.com/alaatartir and read his publications at www.alaatartir.com

This article is from Al-Shabaka.

Disclaimer: Palestinian Authority Entrenching State Repression By Alaa Tartir - Views expressed by writers in this section are their own and do not necessarily reflect Latheefarook.com point-of-view