Untreated wastewater has destroyed the soil of Palestinian villages, causing often ancient olive trees to die and livelihoods to be lost

Abdullah Maarouf typically tends to his olive grove at this time of year, the start of the olive harvest season in Palestine.

This year, however, 55-year-old Maarouf is forced to sit at home.

Maarouf lives in the village of Deir Ballut, in the northern governorate of Salfit, in the occupied West Bank.

He says his land was once “a paradise”. Today, it has become a wastewater swamp, due to the sewage that runs from the illegal settlement of Leshem nearby.

Maarouf and his family of 50 members own 20 dunams (two hectares), home to about 400 olive trees, some of which date back to the Roman period. Their trees produce some two tonnes of olive oil each year.

“We can no longer reach our land, nor can we harvest the olives. The settlement sewage water has drowned the land completely,” Maarouf tells Middle East Eye.

Illegal Israeli settlements discharge millions of cubic metres of wastewater into the West Bank every year.

A large amount of the wastewater is untreated sewage that flows into Palestinian valleys and onto agricultural land.

Maarouf explains that a large pipe was installed last year to run from Leshem to his land and other plots nearby. As the olive harvest season approached, Maarouf says that the amount of sewage pumped to his land spiked.

“If they continue pumping the sewage to the olive trees, all the trees will die, and we will lose our main source of income,” he continues.

The sewage is not the only problem that Leshem created for the Maarouf family and their land.

‘If they continue pumping the sewage to the olive trees, all the trees will die’

About 10 dunams of the land’s original size were confiscated for the settlement area, which they are now forbidden from accessing. Settlers also previously attacked the land and cut down 200 olive trees that were about 25 years old.

Deir Ballut is surrounded by the illegal settlements of Leshem, Peduel and Beit Aryeh-Ofarim, all of which release sewage that ends up on the village’s agricultural land.

Yehya Mustafa, head of the village municipality, tells MEE that while the settlements pump their sewage into the village, Israeli authorities are simultaneously preventing the town from building their own landfill.

The army, he says, “chase us to pay fines reaching up to 7,000 shekels ($2,000) and confiscates Palestinian vehicles designated for trash collection.

“We file complaints daily and address the Israeli authorities and international institutions, but to no avail.”

About 95 percent of Deir Ballut is classified as “Area C”, under full Israeli military control, based on the Oslo Accords signed between Israel and the Palestine Liberation Organisation (PLO) in 1993. This means that the village cannot expand beyond the current built-up area and is designated as agricultural land.

Like many other Palestinian villages across the occupied West Bank surrounded by settlements, the village is also exposed to constant attacks by illegal settlers,

“Everyday the village is attacked by settlers. Last week they burned 50 olive trees that were over 60 years old,” says Mustafa.

The issue of settlement wastewater flowing onto Palestinian agricultural lands is not a recent phenomenon.

Residents and farmers say that the increasing quantities of sewage being pumped, and the consequent damage, especially during the olive season, has raised their fears of losing even more agricultural land to the settlements.

In the village of Deir al-Hatab, east of the city of Nablus, village council head Abdul Karim Hussein tells MEE that residents recently discovered that the illegal settlement of Elon Moreh, and its factories, pump large quantities of wastewater onto their agricultural lands – land that villagers are denied access to year-round by the Israeli army, except during the olive harvest season.

“We found the olive trees destroyed because of the sewage water that has spread throughout the land and in between the trees,” Hussein says.

“This indicates that the settlement has been dumping its wastewater onto these lands for many months,” he continues, explaining that many of the residents returned home that day without being able to even reach their lands, which have become drenched in sewage.

The land that Hussein referred to is about 40 hectares in size and produces about eight tonnes of olive oil annually.

He estimates that about 7 hectares in total have been affected by the sewage.

“If the situation persists, all the land will be lost, and we will not be allowed to return to it,” he says.

Mohammad Matawe, an agricultural engineer at the Union of Agricultural Work Committees, a Palestinian NGO, explains that the untreated sewage has wide-ranging effects on the land it pours onto.

These include destroying the soil and changing its biological composition, consequently causing the trees to die, which is a widespread phenomenon across the West Bank.

The residents of the village of Qaryout, south of Nablus, also recently discovered sewage on their lands.

“We were not aware of the amount of sewage being pumped on the village lands until recently,” Bashar Muammar, an activist against settlement activity, tells MEE.

He says that this is an “indication of the increasing population in the settlements of Eli, Shilo and Shvut Rachel, surrounding the village”.

Muammar explains that the agricultural land west of the village, which is being targeted by settlement sewage, spans about 10 hectares, all planted with olive trees.

The owners of the land, he says, found many of their trees dead due to the increase in the sewage levels in the area.

“About 30 olive trees are destroyed due to the sewage and can no longer produce,” he says.

Disclaimer: 'Paradise lost': How Israel turned the West Bank into a sewage dump for its settlements By Shatha Hammad - Views expressed by writers in this section are their own and do not necessarily reflect Latheefarook.com point-of-view 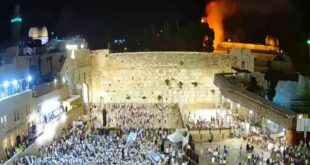 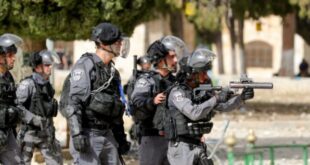 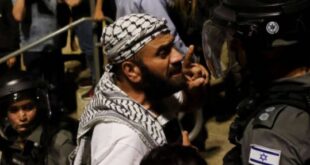 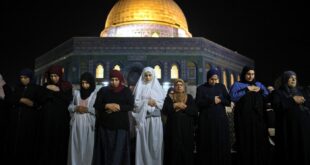