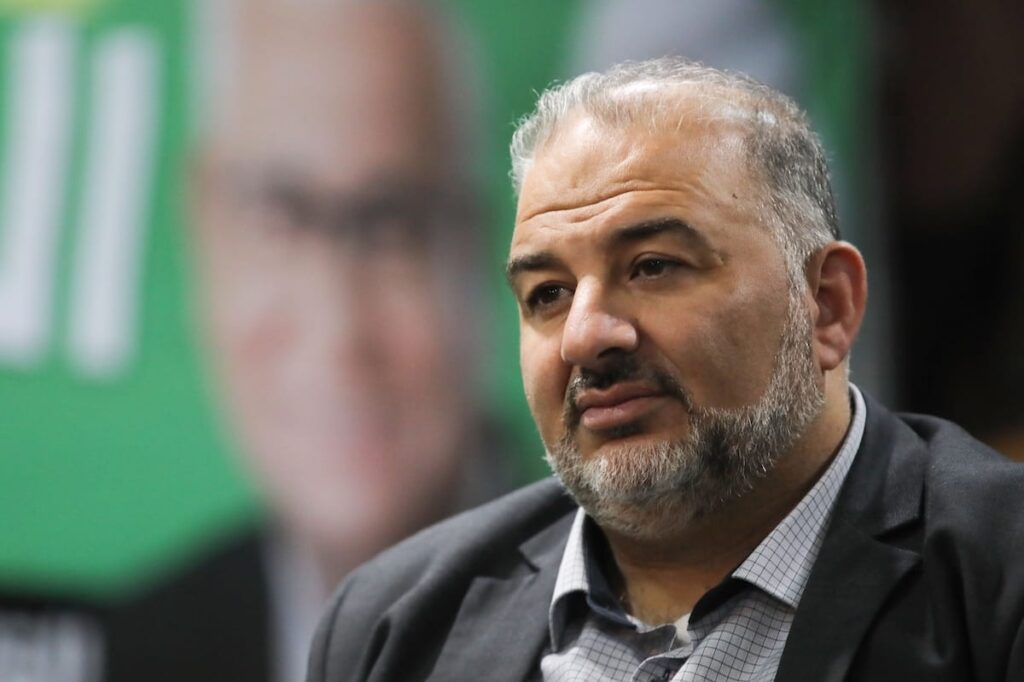 Mansour Abbas, leader of the United Arab List (Ra’am) is seen during an exclusive interview in Jerusalem, on March 31, 2021 [Mostafa Alkharouf/Anadolu Agency]

We are led to believe that history is being made in Israel following the formation of an ideologically diverse government coalition which, for the first time, includes an Arab party, Ra’am, or the United Arab List.

If we are to accept this logic, the leader of Ra’am, Mansour Abbas, is a mover and shaker of history, the same way that Naftali Bennett of the far-right Yamina Party, and Yair Lapid, the supposed ‘centrist’ of Yesh Atid, are also history makers. How bizarre!

Sensational media headlines and hyperboles aside, Israel’s new government was a desperate attempt by Israeli politicians to dislodge Benjamin Netanyahu, the country’s longest-serving Prime Minister, from power. While Lapid is fairly new to Israel’s contentious politics, Bennett and Abbas are opportunists, par excellence.

Lapid is a former TV anchorman. Despite his claims to centrist ideologies, his political views are as ‘right’ as they get. The problem is that such characters as Bennett, Ayelet Shaked, also of Yamina, and Netanyahu, of course, among others, have relocated the center of Israel’s political spectrum further to the right, to the point that the right became the center and the ultra-right became the right. This is how Israel’s neofascist and extremist politicians managed to become kingmakers in Israel’s politics. Bennett, for example, who in 2013 bragged about “killing lots of Arabs” in his life, is set to be the Prime Minister of Israel.

It is in this strange context that we must understand Mansour Abbas’ position. His meager four seats at the Israeli Knesset made his party critical in forming the coalition that has been purposely created to oust Netanyahu. Ra’am does not represent Israel’s Palestinian Arab communities and, by joining the government, Abbas is certainly not making history in terms of finding common ground between Arabs and Jews in a country that is rightly recognised by Israeli and international human rights groups as an apartheid state.

On the contrary, Abbas is moving against the current of history. At a time that Palestinians throughout historic Palestine – the occupied Palestinian territories and today’s Israel – are finally unifying around a common national narrative, Abbas is insisting on redefining the Palestinian agenda merely to secure a position for himself in Israeli politics – thus, supposedly ‘making history.’

Even before Abbas shook hands with Bennett and other Israeli extremists who advocate the killing of Palestinians as a matter of course, he made it clear that he was willing to join a Netanyahu-led government. This is one of the reasons behind the splintering of the once unified Arab political coalition, known as the Joint List.

The fact that Netanyahu was largely responsible for the despairing outlook of Israel’s Palestinian communities seemed entirely irrelevant to Abbas, who was inexplicably keen on joining any future political alliance, even if it included Israel’s most chauvinistic political actors. Sadly, though not surprisingly, this has proved to be the case.

Abbas’ position became impossible to sustain in May during the well-coordinated Israeli war in Gaza and the racist attacks on Palestinian communities in Jerusalem, the occupied West Bank, and throughout Israel. Even then, when Palestinians were finally able to articulate a common narrative linking the occupation, siege, racism, and apartheid in Jerusalem, the West Bank, Gaza, and Israel together, Abbas insisted on developing a unique position that would allow him to sustain his chances of achieving power at any cost. 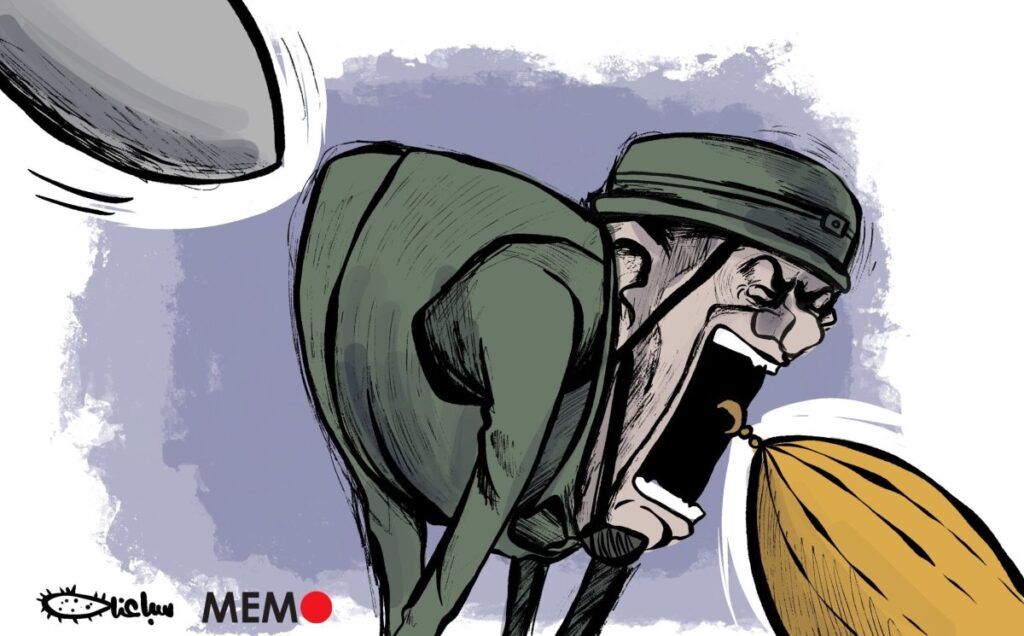 Abbas’ position has not changed since the signing of the coalition deal on 2 June. His political narrative is almost apolitical as he insists on reducing the national struggle of the Palestinian people to the mere need for economic development – not fundamentally different from Netanyahu’s own ‘economic peace’ proposal in the past. Worse, Abbas intentionally delinks the state of poverty and under-development in Palestinian communities from state-championed racial discrimination, which constantly underfunds Arab communities while spending exuberant amounts of funds on illegal Jewish settlements that are built on ethnically cleansed Palestinian lands.

“We have reached a critical mass of agreements in various fields that serve the interest of Arab society and that provide solutions for the burning issues in Arab society — planning, the housing crisis and, of course, fighting violence and organized crime,” Abbas said triumphantly on 2 June, as if the rooted inequality, including communal violence and organized crime, are not direct results of racism, socio-economic inequality, and political alienation and marginalisation.

No history has been made by Abbas. He is but an example of a self-serving politician and a direct expression of the endemic disunity in the Palestinian Arab body politic inside Israel.

Sadly, the unprecedented success of the Arab Joint List following the March 2020 elections has now culminated in a tragic end, where the likes of Abbas become the unwelcomed ‘representative’ of a politically conscious and awakened community.

In truth, Mansour Abbas, a Palestinian Arab politician who is willing to find common ground with extremists and proud ‘Arab killers’, only represents himself. The future will attest to this claim.

Disclaimer: Power at any cost: how opportunistic Mansour Abbas joined hands with avowed 'Arab killers' by Dr Ramzy Baroud - Views expressed by writers in this section are their own and do not necessarily reflect Latheefarook.com point-of-view