In September 1982 Israel invaded Lebanon and bombed by air, sea and land to finish off the Palestine Liberation Organization there. In the process slaughtered   thousands of Palestinian civilians   in refugee camps.

The anniversary of the genocide does not attract any attention in the Western media, which remains integral part of Western war machines. According to the Red Cross Israeli killed 14,000 civilians, wounded 20,000 and made more than 100,000 homeless.

Robert Fisk, British journalist, who covered the war said in his book Pity the Nation that most of the victims were Muslims, the Muslim cemetery was so crowded with dead that corpses were being buried thirty feet deep in mass graves, one on top of the other.  The bodies in decay are disgusting. The smell of human remains in 100 degrees of heat nauseating and it contradicts our most deeply held values – love, beauty, gentleness, health, cleanliness, hygiene and life.

Why did they die here? How could such an abomination have taken place?

Innocent Palestinians slaughteed by Israelis in the Sabra-Shatila Palestinian refugee camps In September 1982 with the  conivance of champions of human rights in Washngton,London and Paris.

He added that “the Zionist invaders cut off power and water supply to West Beirut. No food was allowed in and the Israeli troops even grabbed baskets of food from Muslim women and threw them into the ditch.

Describing the Israeli cruelty even in hospitals Dr. Alma Shama of the Beirut Hospital said “after the Zionists fired phosphorus shells in West Beirut   I had to take the babies and put them in buckets of water to put out of flames. When I look them out half an hour later, they were still burning. Even in the mortuary, they smouldered for hours”.

Condemning the crime three prominent Jewish figures, Nahum Goldman, Philip Klutz nick and Pierre Mendes, described   US as the real villain. They pointed out that the main responsibility for chaos in the Middle East was with the US because of its military and economic aid to Israel.

PLO was evacuated from Beirut following written American guarantees from US envoy Philip Habib assuring the safety of the families of the PLO fighters. But these guarantees later turned out to be death warrants as, after they left Beirut, their families were slaughtered at Sabra –Shatila refugee camps…

They saw a young, pretty woman lying on her back as if she was sunbathing in the heat and the blood running from her back was still wet. The Israeli backed murderers who raped and knifed the woman have just left. Between September 16 and 18 more than 2,000 men, women, children and the aged were massacred in Sabra and Shatila.

Shocked by the crime many countries asked how the Jews who have suffered so terribly under Hitler could be so heartless to commit such atrocities. The two main architects of this genocide were Israeli Prime Minister Menachem Begin and his Defence Minister Ariel Sharon. 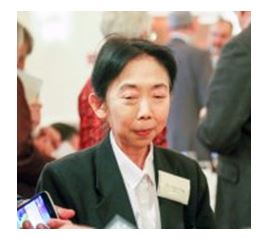 Dr Swee Chai Ang who   was 33 years old then, grew up a Zionist Christian and never knew Palestinians existed until he stepped foot in Sabra and Shatila, went all the way from London to look after these victims had this to state;

More than 2,000 frightened people fled into our hospital with stories that Israelis were killing defenseless families in the camp. They feared for their lives. They could not escape, and no one protected them.

At night, the skies of Sabra and Shatila were lit with Israeli military flares. We heard explosions and machine gun noises throughout, and the wounded continued to be brought into Gaza Hospital. It was especially painful to operate on a little boy who was shot along with 27 members of his family.

When we were marched into Rue Sabra, we saw groups of old men, women and children rounded up by militia. A frightened, desperate young mother tried to give me her baby, but was forced to take it back. She begged them to spare her baby. They were all subsequently executed, including the mother and baby.

“The steadfastness and courage of Sabra and Shatila are in all of our hearts. Today, we commemorate the cruel injustice inflicted on the Palestinians in the massacre of 1982, knowing that this is just one of the continuous assaults on Palestinians since 1948.

Dr Swee Chai Ang  added that “we resolve to continue to be with you all in your difficult journey in solidarity, hope and love, knowing that one day, the freedom and peace stolen from the Palestinian people for all these years will be won back through your struggle. We commemorate with tears, but pledge our commitment to this struggle with all our strength and lives. We know that the day will come when our children’s laughter will be the reward of years of sacrifice and endurance.

The Palestinians in Lebanon continued to be destitute, homeless and hungry. Justice seemed not to be in sight. The situation was dire for them, and indeed, they continued to suffer and become more desperate. Children were born and grew up in the long, dark shadow of the massacre, and there was no hope of returning to Palestine.

Could we make their lives just a little bit easier?  End

At Sabra –Shatila Palestinian refugee camps. By Latheef Farook - Views expressed by writers in this section are their own and do not necessarily reflect Latheefarook.com point-of-view