Skip to content
MIDDLE EAST
Spread the love
Taliban fighters celebrate after the US pulled all its troops out of Afghanistan in Kandahar on 1 September, 2021 (AFP)
Riyadh is looking to restart relations with the Taliban, but Saudi influence inside Afghanistan is not what it once was, experts say

Saudi Arabia is seeking a new role in Afghanistan following the Taliban’s takeover of the country, and could turn to Pakistan to help, after the kingdom’s erstwhile rival – Qatar – emerged as a key powerbroker in the war-ravaged country.

Faisal, 76, served as head of Saudi intelligence services between 1979 and 2001, and assisted in coordinating resistance with the Afghan Mujahideen during the Soviet invasion of the country.

Baradar is the Taliban’s political chief and has acted as the group’s lead negotiator in talks with the United States and the now-ousted Afghan government. 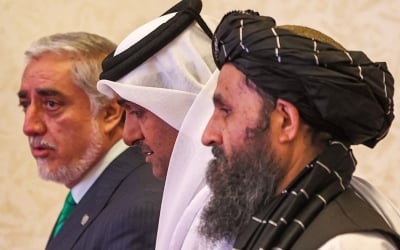 Afghanistan: With Taliban in power, Iran and Gulf states will vie for influence

In the days following the Taliban’s takeover, Qatar – a country with which Saudi Arabia has had frosty relations in recent years – was lauded by the US for its role in evacuating tens of thousands of people from Kabul airport.

The tiny Gulf state had previously also allowed the Taliban to open an office in Doha in 2013, with the support of then-US President Barack Obama, and is reported to wield a lot of influence over the group.

Experts told Middle East Eye that while direct ties between the kingdom and the Taliban were currently believed to be limited, Saudi Arabia could use its regional ally Pakistan to help curry influence with the Taliban.

“There is, as there always has been, close contact between Islamabad and Riyadh. I imagine discussions will be taking place,” Gerald Feierstein, a retired ambassador and Senior Vice President of the Middle East Institute, told MEE.

While Saudi Arabia and Pakistan have recently experienced strained relations over differences in foreign policy, there have been signs that the relationship is on the mend following an increase in diplomatic activity.

In July, the same month US troops were quietly pulled out of Bagram airbase, Saudi Foreign Minister Prince Faisal Bin Farhan paid a visit to Pakistan, and, in August, General Fayyadh bin Hameed al-Rowailly, the kingdom’s chief of general staff of the army, met with President Imran Khan.

Pakistan’s intelligence service, the ISI, is widely believed to provide clandestine support to the Taliban.

Reuters reported on Tuesday that Pakistan planned to send intelligence and military officials to Kabul to reorganise Afghanistan’s new military under the Taliban.

But some experts have cautioned that Pakistan’s influence over the Taliban, like Saudi Arabia’s, has also waned in recent years, with Qatar and Turkey emerging as key interlocutors.

“What the Saudis can get through the Pakistanis is reduced. Neither have as much cache with the Taliban as before,” Arif Rafiq, president of political risk firm Vizier Consulting, told Middle East Eye.

“The Taliban have developed ties with other states in the region. They are more globally connected than before,” he added. “The Saudis just aren’t as important as they once were.”

Saudi Arabia closed its embassy in Afghanistan as the Taliban overran the capital and Riyadh has since remained muted about events in the central Asian country. 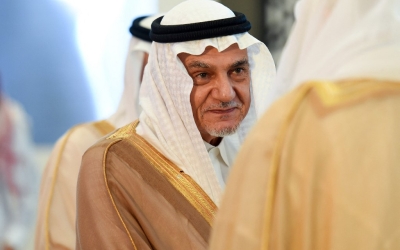 Feierstein said both Riyadh and Islamabad will likely remain on the sidelines for now: “The Saudis are waiting to see what the US is going to do, and I think they are as confused as everyone else about what happens next.”

In a sign of the changing times, it is countries such as Iran, Russia, and China that have maintained a  diplomatic presence in Afghanistan. China has held out the promise of economic support to the group and Iran has resumed selling sanctioned fuel to Kabul.

“The Iranians probably have closer relations with the Taliban then Saudi Arabia now,” Rafiq said.

Theodore Karasik, a senior adviser to consulting firm Gulf State Analytics, told MEE that Riyadh would watch Afghanistan to see if there was a spillover of extremists to conflicts in areas such as Yemen, where Saudi troops are fighting a war against Houthi rebels, but the kingdom attached less singular importance to the central Asian country.

“Right now the Saudis are probably more focused on Africa and the Middle East at large [than] about the effects of Afghanistan,” he said.

Karasik said he did not envisage Afghanistan as a likely player in the rivalry between Tehran and Riyadh, which are both engaged in talks to try and deescalate tensions.

“They are trying to reconcile and its unlikely Afghanistan will become a theatre of proxy conflict between them,” he said.

Saudi Arabia was one of three countries, along with the UAE and Pakistan, to officially recognise the Taliban when the group ruled Afghanistan between 1996 and 2001.

Riyadh officially broke off relations with the Taliban following the 9/11 attacks, nearly twenty years ago.

The kingdom has long been accused of supporting extremists and as recently as 2014 then-US Secretary of State Hillary Clinton said in a leaked email that Washington needed to put pressure on countries such as Saudi Arabia and Qatar, “which are providing clandestine financial and logistic support to ISIL and other radical Sunni groups in the region”.

In recent years, Riyadh has sought to change its image, particularly at home, as it looks to move beyond its reliance on petrodollars to diversify its economy and attract foreign investment.

MBS has spearheaded reforms aimed at liberalising the conservative country, such as giving women the right to drive, allowing the mixing of unmarried couples, and stripping the religious police of much of their power.

But many in the West continue to associate Saudi Arabia with a strict interpretation of Islam. In the US, the kingdom has tried to push back on a potentially embarrassing lawsuit by families of 9/11 victims which alleges the Saudi government was complicit in the 2001 attacks and maintained ties with al-Qaeda.

At the same time, liberalisation within Saudi society has gone hand-in-hand with what some say is a deterioration in human rights and a crackdown on political dissent.

“The Saudis are still in a box with the West over human rights issues,” Karasik said. “The last thing they want is to be associated with the Taliban, especially with the 9/11 anniversary coming up.”

Disclaimer: Saudi Arabia seeks new role in Afghanistan following Taliban takeover By Sean Mathews - Views expressed by writers in this section are their own and do not necessarily reflect Latheefarook.com point-of-view