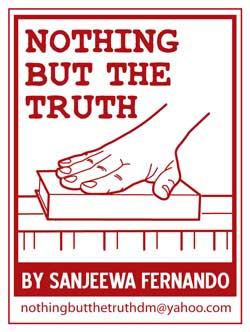 “Of all the simplifications to which the human spirit naturally inclines, unable to reconcile itself to the complexity of the real, there is none more dangerous than the attempt to integrate the whole of society in one vast, permanent action group.”
― Bertrand De Jouvenel, Sovereignty: An Inquiry into the Political Good

When I wrote in these columns a couple months ago that the Aragalaya or the mass civil movement was more likely to fail without definite political leadership. For which, I was roundly criticized by many. I was accused of being a propagandist for a particular political party. Some challenged my prediction and betted that Gotabaya Rajapaksa could be deposed by non-partisan mass action that brought millions to Galle Face, Gotagogama. Depose Gotabaya, Mahinda, Basil, the ugly triumvirate of the corrupt Rajapaksa power apparatus, they surely did. If chasing the Rajapaksas from the powerful positions they held in the government was the sole purpose of the struggle, they succeeded. In other words, if it was just another shuffling of the same old pack of cards as done in elections, was the objective, they managed to do that. But if it was a complete system overhaul, a break away from the corrupt and sickening political culture with all its afflictions that has sickened the mother nation to this extent, they have not succeeded. In fact, the Aragalaya is now in the cusp of disintegration and collapse.

The State of Sri Lanka has withstood two brutal armed uprisings in the South and overcome the most efficient guerilla outfit which fought it for almost three decades. It is well oiled with its military and intelligence apparatus and adept at countering any anti-government move of this nature. While the initial reaction of the Gotabaya regime to Aragalaya was lenient as long as the ordinary citizens flocked to Gotagogama in hundreds of thousands and the protest movement was predominantly peaceful, after Ranil Wickremesinghe became the eighth executive President of the Republic, by a constitutional gimmick, a clamp down on the entire Galle Face movement was carried out with swiftness and vigour. The clinical nature of the clearing of spaces in front of the Presidential Secretariat, where posters and structures were tore down, protestors beaten up and arrested, showed that the government was adamant on pressing the foot down on the protestors, who by then, had been in occupation in Galle Face for well over 100 days. What gave Ranil Wickremesinghe the boldness to act so high-handedly soon after being elected President?

Why did not, the entire country flare up in reaction to the army brutality that was shown on the wee hours of July 22, compared with the response shown to the attack carried out by mobs incited by Mahinda Rajapaksa and the cabal of May 9? Although there was widespread social media outrage and remonstrations by many organizations on the manner of evicting protesters, the civil population did not rise up in unison, as the strugglers might have expected. In fact, the crackdown served as the catalyst for many civilian groups who have been present in the Gotagohome campaign, to retreat. The withdrawal from Galle Face by the group who called themselves Black Caps was one such instance.

Firstly, the ordinary public were alarmed by the manner in which some of the protesters acted in breaking in to places such as the Presidential Secretariat, the Prime Ministers House and the Rupavahini Corporation. Although this country has seen unbelievable amounts of property damage due to civil unrest and violence, this type of action became quite noticeable in a back drop where the leading faces of the Aragalaya have assured from the very beginning that the movement would be non-violent and peaceful. It was this promise of non-violence that has encouraged millions of ordinary citizens representing all races, religions, professions and walks of life to throng at Galle Face, in becoming instruments of a system change, in their aspirations for a better future. And the opinion leaders have also promised that it was going to be apolitical, i.e., that there will be no affiliation to a any political party or group.

The moment there was subversive behaviour on the part of some of the groups involved in the Aragalaya, many Colombo-centered groups such as liberals, professionals and civil rights activists opted to step back, if not entirely abandon the cause. It seemed as if they have believed that the entire issue of deposing Presidents, Prime Ministers and governments could be done without compulsion, force and violence. As long as the protesters posed no real physical threat to the politicians, officials and the security forces, the government was ready to dilly dally with the Aragalaya. Yet when the more radical elements came to the forefront of the movement, such as the Front-Line Socialist Party and the IUSF, it was likely to get more forceful and consequently, the counter measures by the security apparatus too, were to become more drastic.

The second thing that scared ordinary citizens from the Galle Face Green was the fact that some prominent political groups seemed to have held the upper hand in deciding the direction of the Aragalaya. In any mass movement where there is an assortment of religio-ethno-political groups coming together for a common objective, the eventuality of one force or party gaining prominent is unavoidable. That is what political history teaches us. If anyone thought that the mums carrying babies and Colombo 7 businessmen who came with their families in their luxury vehicles to Galle Face in the evenings, would battle it out to the very end with the more radical elements who constituted the driving force of the struggle, they were sadly mistaken.

The problem was not that politics got involved or some kind of forceful behaviour arose among the protestors. That is what happens in movements of this nature and political dynamics do not suggest otherwise. More radical groups overtake the conservative ones and decide the direction of such struggles. The mistake was that there was too much insistence on the movement being apolitical and exclusively peaceful. It is not so at ground level and it is not so in real life situations of pre-mature regime change.

The wily fox Ranil Wickremesinghe was able to convey the picture to the general public that there was a political agenda of forcefully changing regimes, possibly using violence. The leadership of the Aragalaya had been harping on a utopian apolitical and peaceful movement from the beginning to the end, which was a gross inaccuracy in interpreting political action. With all due respect to the millions of people who took to the streets and their opinion leaders, changing regimes out of season is not as easy as that. Faces might change but a system change that goes to the core can only be effected with shrewd, astute political action and swift decision making.

Now the call is for people to flock to Colombo on August 9 again, to chase Ranil out. It is doubtful whether the said plea strikes the same chord with the ordinary people as did the previous times. The Aragalaya has reached the stage where it takes a definite political shape and colour or dissipate in to one sweet yet futile memory.

Disclaimer: Aragalaya: Political leadership or disintegration? - Views expressed by writers in this section are their own and do not necessarily reflect Latheefarook.com point-of-view