Had it not been the adoption of the 1978 Constitution, the country would not have reached this bleak point.
– Basil Fernando.

Some would argue whether this juncture is hardly the time to be talking about constitutions. In fact, there are many who believe that Constitutions do not matter at all. For example, our President made it clear soon after election, that he considers the Constitution and all the balance of power it envisages, mere stumbling blocks in the path of a benevolent dictator who knows best for the country. He made it clear that the other two branches of the state, i.e. the Legislature and the Judiciary, mind their own business and let him run the country. When J.R. Jayewardene introduced the 1978 Constitution, he wanted a system where one man, presumably motivated by doing the best for the country, was given a free hand to run the affairs of the state, with the Parliament relegated to a rubber stamp and the Judiciary, a ceremonial appendage of the Executive. That is how it has been all these forty-five years. The Executive took all the decisions.

Now we have come to the logical and historically unavoidable conclusion of that sojourn in the constitutional wilderness. Some attribute the present crisis to unwise and politically immature decision making by the Gotabaya regime. Others say it is unrestricted borrowings of the past governments that led to this. Some say it is the citizenry who are responsible for electing bad horses by their ballot. It may be that all these allegations are true. But there is one thing that underlies all these. The unmistakable politico-constitutional roots of the rot. It could not have resulted in anything else but this. It had to come to this conclusion.

So now people are looking at alternatives. Can Patali Champika Ranawaka deliver the goods? The 43rd Brigade 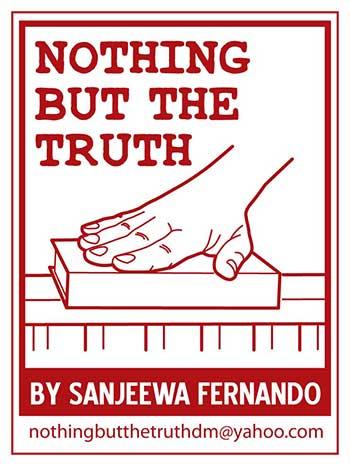 held an impressive meeting in Colombo where hundreds of professionals including graduates took part. Patali gave so many promises, some, very convincing. Will the NPP led by Anura Kumara Dissanayake  be a good alternative not only for the Rajapaksa led rule, but also to the entire political system underpinned by the 1978 Constitution? Others believe the SJB could be a worthwhile alternative while yet others say that the situation can be salvaged by Ranil Wickeremsinghe, only. But there is hardly any discussion on the need to constitutionally overhaul a system that created the political roots that eventually led to this doomsday Scenario. Not in the broad society, at least.

‘One Country One Law’

Quite surprisingly, it was none other than President Gotabaya Rajapaksa who is now talking about a new constitution. He says that it will be in line with the wishes of the people who voted him as President and fulfilling the promise of a ‘One Country One Law’ slogan brandied about in the election campaign. Seriously, constitutional overhauling was the last thing in the minds of those 6.9 million voters who voted for the President, as Gotabaya Rajapaksa hardly cuts the figure, in the eyes of any person with common sense, to be elected with constitutional reforms in mind. Yet, after most of his promises now in shambles, the President seems to play the last trump of a new Constitution by which he believes he can bring the entire country under one law.

The main objectives that JR Jayawardena highlighted to justify switching to an Executive Presidential system of governance in 1978, at the expense of the Parliamentary system, i.e. Rapid economic growth and security of the state have not been achieved after 45 years of governance under that system. Public institutions have been deprived of their decision making powers by the overarching Executive Presidency, while the President usurped all such functions, either by constitutional amendment or otherwise.

The debt crisis, now an avalanche after decades of unwise borrowing is a direct result of non-consensual decisions taken by the Executive, bypassing not only the parliament but even the Cabinet. The foreign policy dilemma is also a result of unwise foreign relationships espoused after 1978, starting from the overtly Pro- American stance taken byYankee Dickie to over-reliance on China by the Mahinda Rajapaksa regime from 2005 to 2015. Parliament, the Central Bank, the Judiciary, the foreign service all have been rendered toothless tigers in all these hazardous enterprises by the Executive, serving the political agendas of the Executive but not the interests of the country or the public. Yet the constitutional structure allows such single handed actions as it did away with all checks and balances that form the bedrock of modern good governance.

So the Executive Presidential constitutional frame work has failed big time. If it was not clear for some reason till now, it has to be clear at least now. Although the immediate tasks at hand are issues such as keeping the essential supplies going, ensuring foreign reserves are not dried up, servicing the debts amounting to billions and avoiding a total crash landing of the economy, the root causes can only be removed by overhauling the constitutional set up that has given rise to this decay. It has to be a new Constitution. Yet we believe, not of the type that President Gotabaya Rajapaksa has in mind.

Firstly, it has to be by general consensus among all communities and groups who constitutes the citizenry of this country, not a case of getting 2/3 of the Parliament or a referendum, which again could be majority dominated, one which the Gotabaya regime is quite capable of accomplishing even now. That a constitution, which is the golden thread of national life uniting all under one flag, could be passed by a 2/3 majority that has been elected from possibly one political party or an alliance is yet another grave fallacy that the 1978 constitution has embedded in our political conscience. It’s not a case of majority, but of consensus, where no one feels left behind or hard done by. We have played the majority ruse in 1972 and 1978 and at all amendments that ensued. We have ended up going nowhere. Far worse, we have nowhere left to go now.

Secondly, it should not be one where democracy is the scapegoat for all the dire issues that we are facing today. It cannot be a militarization of the public institutions under a ‘strong leader’. That book has to be shut closed. It cannot be one that alienates the minorities under a pseudo-legal banner ‘one law’ keeping them away from participatory governance of their land of birth. It cannot be a system that lays emphasis on the brilliance or the benevolence of one man. ‘One law’ does not mean ‘One Man’s Law’.

Unless we remove the constitutional root cause that raised one man above the law, undermining the rule of law, fundamental rights, minority participation and accountable governing, we are far from being home and dry. Yet the available provisions in the present constitution towards such an end as well as the figure manning the Executive seat, now taking on the mantle of the ‘constitution maker’, hardly inspires confidence.

Disclaimer: Removing Politico-Constitutional root cause of the crisis - Views expressed by writers in this section are their own and do not necessarily reflect Latheefarook.com point-of-view