The total effect of marginalizing the Muslim community will contribute to a volatile, unpredictable, dangerous and an unstable set of people living together. I mean everyone irrespective of race, religion or ethnicity.  We must admit that the Sri Lankan population is polarized and deeply divided.

Obsession with ethno-nationalism can sometimes turn into arrogance and also nurture the ignorance of the innocent.  This leads to dangerous repercussions in society and in the special context of a plural society, serious fragmentation.  Among the early warning signals of heightened risk of human rights violations, the report below clearly highlights, “the reversal of important constitutional safeguards.” This reference can have multiple interpretations which also includes the potential violation of the constitutional safeguards of the fundamental rights.  Especially that of the personal laws relating to the Muslims, the Tamils and the Kandyan Sinhala communities. 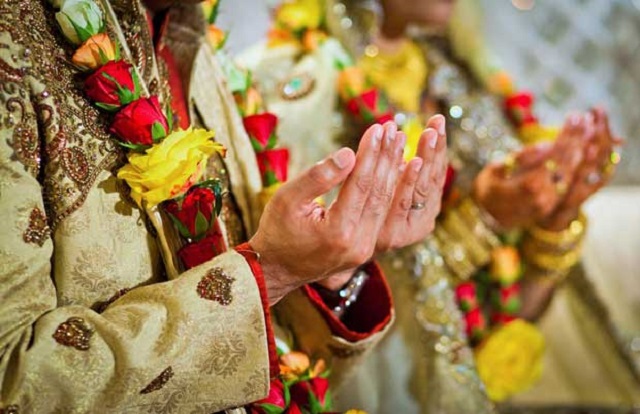 Early this year, a United Nations Report (27 January 2021) highlighted, “Tamil and Muslim minorities are being increasingly marginalized and excluded in statements about the national vision and Government policy. Divisive and discriminatory rhetoric from the highest State officials risk generating further polarization and violence.”   Part of this Statement was reiterated by Michelle Bachelet, UN High Commissioner for Human Rights on 24 February 2021.

By Design Or Ignorance

The growing trend of marginalization of the Muslims is becoming very visible day by day. This is causing a lot of uneasiness within the community. Both the President and the Prime Minister must fully recognize the seriousness of this challenge. Lest they be misled into the arena of Islamophobia – by design or in ignorance.  A careful observation of the turn of events clearly points towards this trajectory.  Common sense dictates that the President and the Prime Minister would never want to be part of this damning trend. At a time when the government is struggling to convince the world body on compliance, to aggravate the Muslim issue will further worsen the situation.

It is not wise for them to indulge in matters which will satisfy the ethno-nationalists but risk the broader interest of the country. Sanctions on travel by government Ministers and officials, pull back on GSP plus and many others are on the cards. The country is fragile economically and disunited socially, it cannot take any more beatings.  We must manage our foreign policy accordingly.  One of the very important factors the UN and European Union are looking into is the treatment of minorities.

To speak about human rights and equality in Islamic jurisprudence is similar to carrying coal to Newcastle and, also, like teaching grandmother to suck eggs. The Minister of Justice being a Muslim himself must be aware of it.  Legal theory informs us that from a practical standpoint most legislations require improvement over time. MMDA is not an exception to this legal evolution. The MMDA, no doubt, requires reforms to most of its procedural and administrative aspects.  The majority of the Muslim community is in total agreement with this understanding.  They unequivocally support it. In contrast to this intellectual approach to depict the substantive parts or the entirety of the MMDA as a Frankenstein monster out to kill the rights and equality of Muslim women is an absolutely injudicious misrepresentation of the underlying principles of this law.

The Minister as part of the government has a political responsibility to guide the President as the Head of the Cabinet and the Prime Minister in this regard.  Morally, there is a duty to boldly, bravely and courageously advise them on what is correct and, importantly, to stand by it.  After all, it is for the good of the country.  Loyalty is not acquiescing to what is not correct.  He has an obligation to counsel them on the difficulties of touching on the religious feelings of a deeply rooted community, in this land of the Dhamma whose philosophy embraces tolerance.

Civilized societies seek to ensure that social, cultural and religious priorities of a community are based on a broad consensus of that community.  Decisions taken affecting the civil liberties and religious sentiments of a people should be more open, transparent and accountable to avoid passing the ball of responsibility. It is the constitutional duty of the Minister to inform the Cabinet as part of effective governance and collective responsibility. He must be judicious and ensure that quality policy-making process is followed especially, when the matter relates to the sensitivities of a people in a democratic set up.  They should be heard in decision-making.

On the issue of collective responsibility, the Supreme Court of India stated: “it ensures that Cabinet decisions are based on principles and not on personalities.”  (Common Cause, A Registered Society vs Union Of India &Ors, 3 August, 1999).

Not The Substantive Law

It is fervently hoped that the President and Prime Minister would recognize the serious implications of making unwise moves. Emotional politics is not to going help these two and the government, of which the Minister of Justice is also a player. The plea is not to interfere with the substantive legal provisions of the Act.  In Islamic jurisprudence all values are set in the context of the community and not based on the notion of individualism.

The government must work to promote and protect minority rights and freedoms.  Recognise and permit the continuation of rights which they have been enjoying for centuries. The deficiency in human security will indirectly have a heavy impact on the already weakened national economy and our fragmented social structure.  We have been through a thirty- year war, the 1983 violence against the Tamil people, the several instances of premeditated arson, killing and the destruction of properties of the Muslims. In this background, social cohesion proves to be increasingly burdensome.

The total effect of marginalizing the Muslim community will contribute to a volatile, unpredictable, dangerous and an unstable set of people living together. I mean everyone irrespective of race, religion or ethnicity.  We must admit that the Sri Lankan population is polarized and deeply divided. We all will be sitting on a time bomb.In the best interest of the country, it is suggested to adopt what is called the ‘governmentality’ approach in dealing with the Muslim law reform issues.  Governmentality, emphasizes the governing of people by generally associating with their willing participation rather than the sovereign power imposing the law. It includes the active consent and willingness of individuals to participate in their own governance.  Let us unite and work to uphold racial harmony, shared national identity, tolerance towards other religions and ethnicities. Champion the cause of spreading love and understanding.  Importantly, to accept and live in the context of a plural society.

The community is silently watching the developments with lot of interest.  Whatever reforms initiated must have the general acceptance of the wider community.  If not, it will be a failure. It is doubtful if the Muslims are in the mood to accept something which they perceive as prejudicial and against the conscience of the entire community; “Where the policy of a particular minister is under attack, it is the government as whole which is being attacked.”  (British Constitution & Politics 5th Edition by J. Harvey and L. Bather).

Disclaimer: Sri Lanka: A Community Increasingly Scapegoated By Mass L. Usuf - Views expressed by writers in this section are their own and do not necessarily reflect Latheefarook.com point-of-view