The Prime Minister of India has opted to take the same familiar route of some of his predecessors to woo the voters of the southern state of Tamil Nadu by waving the “Sri Lanka card” as assembly elections he wants his ruling BJP to win negotiate the bend.

It is in Tamil Nadu that the LTTE and other Sri Lankan terrorist groups were financed, trained and given safe haven to carry out a bloody insurgency in this country until India got hoisted with its own petard losing 1,000 soldiers and a Prime Minister in the process at the hands of these same terrorists. But the Sri Lanka bogey continues.

The PM spoke of his Government’s wholehearted support for one community in Sri Lanka “to live in dignity”, a statement tantamount to anything but good neighbourliness. To dismiss these remarks as election rhetoric is not easy when it comes from the mouth of a Prime Minister. Under heavy criticism at home and abroad for his own treatment of minorities, the Indian PM doesn’t seem to see the mote in his own eye.

He has clearly hitched his party’s wagon to the emotive ‘plight of Sri Lankan Tamils’ star. Naturally he would not speak of India’s military cooperation with Sri Lanka nor that it was just the other day that he wanted Sri Lankan Buddhist pilgrims to patronise India’s new international airport at Kusinara, nor of course, how the multimillion Euro fishing industry of this very state of Tamil Nadu is illegally raping the marine resources in Sri Lankan waters and depriving their beloved Sri Lankan Tamil compatriots of their livelihood and ability “to live in dignity”.

The BJP’s intentions are clear. It wants to extend its political juggernaut from northern India to the south and dislodge the two long entrenched traditional foes of Tamil Nadu, the DMK and the AIADMK now sans their charismatic leaders of yesteryear, M. Karunanidhi, M.G. Ramachandran and J. Jayalalitha and stake a claim to the state.

Cocky as they are, BJP leaders, including a chief minister have either in jest or otherwise said that what is left for the party to do is to expand its footprint to Sri Lanka and Nepal by contesting elections in these countries. “A joke is a very serious thing,” said Sir Winston Churchill and it would be no joke given India’s track record of interfering in the internal politics of both Sri Lanka and Nepal in the bad old days of not so long ago.

In his book “Inside RAW”, Asoka Raina has chronicled how the Indian spy agency bribed Nepalese MPs during the tenure of Indira Gandhi, but her successor, Gandhian Morarji Desai refused to honour the payments saying it was immoral to have bribed foreign MPs. This week the Nepali Government had the courage to lodge a ‘formal objection’ with the Indian Government over these remarks by BJP leaders; Sri Lanka has opted to remain mute seeking India’s support in Geneva instead.

Some cynics ask if this is an enlargement of the BJP Government’s ‘Neighbourhood First’ policy. If the party is cock-a-hoop with electoral victories and its popularity extends all over the sub-continent, why not it implements UN Resolution 47 of 1948 and hold a plebiscite in disputed Kashmir to decide whether its people prefer to live in a BJP India or with Pakistan and solve that protracted issue once and for all.

The current rise in temperature in Indo-Lanka relations over a multitude of issues is fermenting popular discontent among ordinary people and this is not a healthy sign for peace and stability in the region. The climate will not be conducive for any negotiations on trade or investment between the two countries. Amid all of this, Sri Lanka remains voiceless in New Delhi with its High Commissioner designate remaining resident in Colombo for over a year.

The Government does not seem to have what it takes to order the envoy to take up his post, or appoint another. Without sending some career diplomats or high profile persons, successive Governments have sent second-rate deputy high commissioners to Chennai and this Government is continuing the trend. How then can one expect the Government to have any diplomatic impact in the corridors of power in New Delhi?

At a time when the Prime Minister’s statement to Parliament is contradicted by lesser mortals of his own Government, it is not surprising to find one of the Cabinet spokesmen contradict what his colleagues say about the state of the economy.

Asked if the sudden spike in COVID-19 cases and the discovery of the new UK variant of the virus would necessitate another lockdown, the spokesman bluntly said ‘No’, and explained that the economy was too fragile for that to happen.

It would follow that his remarks were the outcome of a discussion within the Cabinet of Ministers and that it is, therefore, the considered view of the Government that curfews and lockdowns are a thing of the past and it will be the responsibility of the citizenry to look after themselves. The fact that the country’s borders have been opened even for persons from those countries which themselves have clamped lockdowns to stop the spread of the virus indicates how desperate this Government is.

This new approach seems to be based on the arrival of limited stocks of the vaccine, and the hope that the immunisation programme will help battle the virus now galloping away with hundreds of new cases daily, countrywide, and virtually out of control of the health authorities. They may also be encouraged by the news that the countries that have launched vaccination campaigns on a mass scale have reported a slowing down in the number of cases.

Typically, the Sri Lanka vaccination programme has already run into some controversy with an original list like in most other countries based on priority for frontline workers and elders being dumped and others, including Members of Parliament allowed to jump the queue.

With clinicians and technical experts urging that the Government stick to the priority list to prevent deaths especially among the elderly who are at high risk and waiting in anxious hope for the vaccine, it is vital that the immunisation campaign be done without any deviation from the established protocols.  The UN Secretary General said the global vaccination programme is “wildly uneven and unfair”. That should not be the case within Sri Lanka as well. This would go a long way in maintaining confidence in the Government’s efforts to deal with this continuing pandemic.

Disclaimer: Tamil Nadu elections and the Sri Lanka card - Views expressed by writers in this section are their own and do not necessarily reflect Latheefarook.com point-of-view 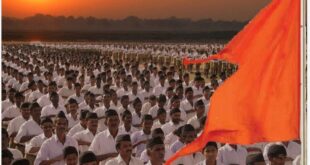 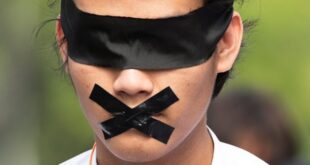 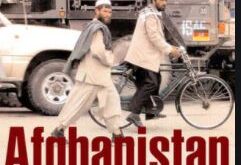 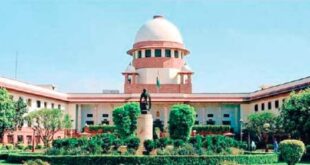