The leaders of several hardline Hindutva groups as well as some senior members of the Bharatiya Janata Party (BJP) have objected to the suspension of Rajendra Tyagi, the station house officer (SHO) of Loni police station, Ghaziabad, who is being investigated by the Ghaziabad police for an ‘encounter’ he had had with seven Muslim men on November 11.

The seven men, who were alleged to have been engaged in unlawful cattle trade, had been arrested and jailed after each of them was shot a few inches below the knee. According to a report submitted on November 21 by Loni circle officer (CO) Rajneesh Kumar Upadhyay, one of the seven men shot by the Loni police is 16 years old. However, The first information report (FIR), filed under Tyagi’s supervision, stated that he is 18. The report also mentions that the former SHO and his team were negligent in that they did not confirm the boy’s age.

On November 12, when Tyagi learned that he had been transferred, he not only wrote a note in the police general diary blaming his transfer on this ‘encounter’ and stating that it had lowered his morale, but made the page public, whereupon it went viral on social media. This resulted in the Ghaziabad police opening an investigation into the ‘encounter’ and also suspending Tyagi for “violating the Official Secrets Act”, according to a report by the Indian Express.

In turn, the action taken by Pawan Kumar, Ghaziabad’s senior superintendent of police (SSP) to set up an investigation into the ‘encounter’ and suspend Tyagi has drawn the ire of members of right wing groups and political parties.

While many people welcomed the investigation into the ‘encounter’, hoping it would lead to justice in a case of suspected police brutality, the announcement did not go down well with some BJP leaders and members of several right wing groups.

“Instead of rewarding the SHO at the Loni border, the SSP has punished and insulted him through his transfer. This has emboldened the criminals and cow-smugglers,” said Nand Kishore Gurjar, BJP member of the legislative assembly (MLA) from Loni, in a video.

Gurjar even accused top police officials of enabling “illegal” cattle work in the district. “Since he [the SSP] has come to Ghaziabad, cow killings have increased. This clearly shows that the big officials have colluded with the cow smugglers,” the MLA said.

In a letter to the SSP on November 20, the BJP MLA from Loni wrote, “If  some conscience is left in you and it told you that because of the wrong information provided by your subordinates your decision has emboldened cow smugglers and committed the sin of hurting the morale of an honest officer, then reinstate the SHO with honour.”

Vijay Shankar Tiwari, spokesman of the Vishwa Hindu Parishad, tweeted: “Inspector Tyagi did what should be done to cow smugglers. His transfer should be cancelled.”

On November 15, after the video of the seven men shot by the SHO’s team in Loni went viral, the Loni MLA had congratulated Tyagi for the action and felicitated him with a shawl. A video posted by far-right leader Aastha Maa on November 13 had also shown the SHO being felicitated by her supporters. In this video, the police officer and the right-wing group members can be seen chanting slogans like ‘Bharat Mata ki Jai’. 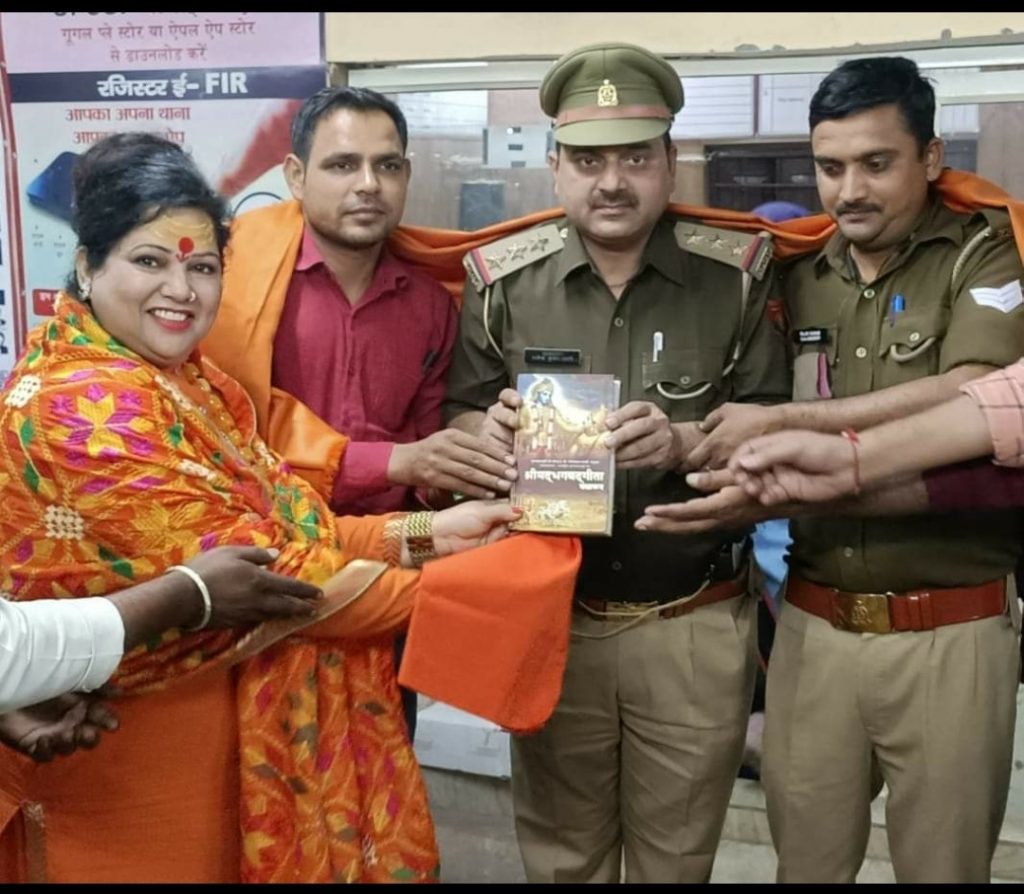 In February 2021, Aastha Maa had led a mob in Mangolpuri to vandalise the house of the accused in the Rinku Sharma murder case. In a video of this incident, she can be seen vandalising the house and inciting Hindus against Muslims.

On November 18, several Hindutva groups, carrying a calf in their arms, protested the transfer of Tyagi outside the district magistrate’s office. 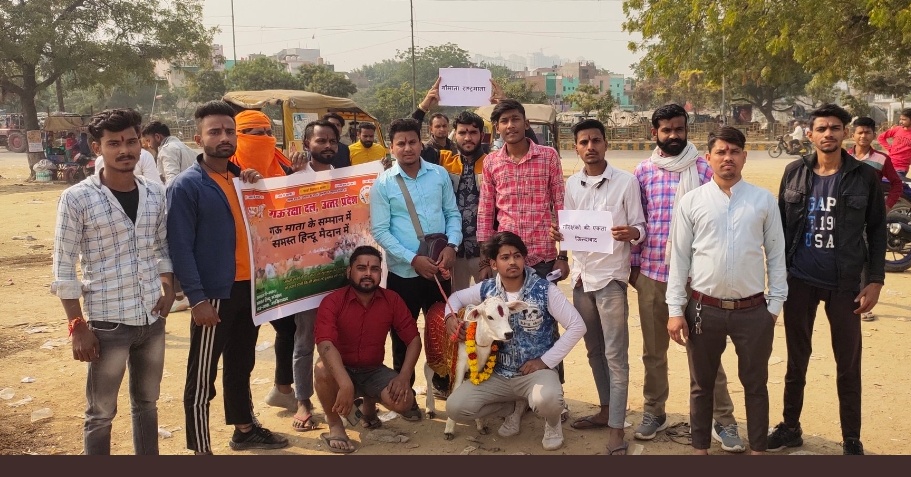 Interestingly, Tyagi, then posted in Meerut, had made the headlines in 2018 when he filed a complaint in the general diary against himself and his team for being unable to stop an alleged spike in cattle smuggling, news agency ANI had reported.

Disclaimer: UP: Hindutva Groups, BJP MLA Object to Police Probe into Loni ‘Encounter’ Where 7 Muslims Were Shot - Views expressed by writers in this section are their own and do not necessarily reflect Latheefarook.com point-of-view