What did the PA gain for resuming security coordination with Israel?

Activists say they expect the Palestinian Authority to crackdown on dissent, as Palestinians criticise a return to the coordination policy 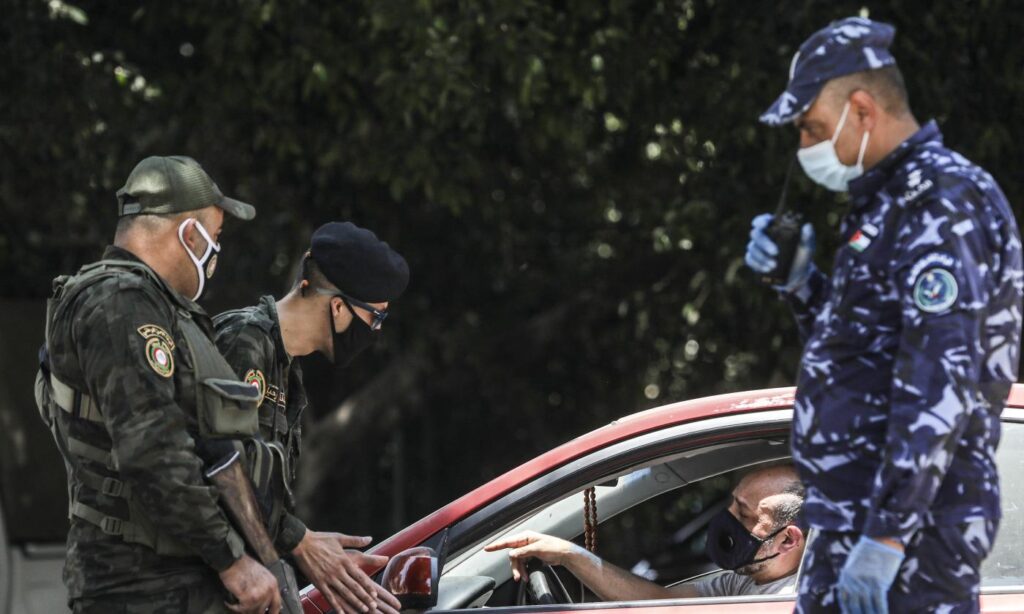 The Palestinian Authority’s decision to resume security coordination with Israel following a six-month suspension may indicate looming fundamental changes in the relationship between the two sides, in which the former is expected to make more concessions to the latter, according to analysts.

The resumption of relations comes at a time when the region has experienced a geopolitical shift, largely due to the recent normalisation deals between Israel and a number of Arab countries.

The PA announced the suspension of the coordination policy in May, in response to Israel’s plans to annex more land in the West Bank. It said it froze contact with Israel on civil affairs and security matters, and withdrew Palestinian security forces from the suburbs of occupied Jerusalem and Area C of the occupied West Bank.

On 17 November, the PA resumed security coordination with Israel without indicating if it had made any gains in return. In a post on Twitter, the head of the PA’s General Authority of Civil Affairs, Hussein al-Sheikh, described the PA’s move as a “victory”, which led many Palestinians online to respond with mockery.

The development raises many questions about the benefit of resuming the practice without having achieved any political goals, as it was halted ostensibly to be used as a pressure card. It also begs the questions: how did the PA return to normalisation with Israel, when it was recently rejecting the Arab deals? And would the PA have been able to continue with the suspension of bilateral contact with Israel, or is it inextricably linked to the occupying power?

Nablus-based professor and analyst Abd al-Sattar Qassem believes that Palestinians were aware that the suspension in security coordination would be temporary.

“We understand that the PA is an agent of the occupation and it cannot leave this role because it would lose its privileges,” he told Middle East Eye.

“We are fully aware that security coordination cannot stop completely because it justifies its [the PA’s] existence,” he added. “The leaders of the PA have privileges, interests and wealth, and therefore there will be no compromise of self-interest for the sake of popular interest.”

Qassem believes that the PA’s announcement was likely to include more concessions, which would serve Israel’s plans to continue its illegal land grabs and settlement expansions.

“Israel will heighten its procedure of imposing a fait accompli on the Palestinians, which is coming after it managed to take control of the land,” he said.

One of the immediate indicators of a major imminent PA concession has come in the dossier of the 4,500 Palestinian political prisoners in Israeli jails. In an interview with the New York Times, Qadri Abu Bakr, of the PA’s Prisoners Affairs Commission, said there was a proposal to change the PA’s policy on payments to political prisoners. He said that the prisoners’ stipends would be altered based on the needs of their families and their social conditions.

The issue of PA payments has long been a file on the table between previous PA-Israel negotiations. However, the United States under Trump had since 2018 been financially squeezing the PA due to pressure from Israel and its lobbyists in Congress, cutting off millions of dollars in monetary aid, including over PA payments to political prisoners.

Israel, too, introduced its own punitive financial measures, such as enforcing a new military order in the occupied West Bank which sanctioned banks that processed payments to prisoners and their families, and holding accountable anyone directly or indirectly involved in the transactions, including bank employees, as liable to face a seven-year prison sentence and/or a large fine.

Despite intensified diplomatic reconciliation efforts between the Fatah-ruled PA and Hamas in the besieged Gaza Strip, including through recent meetings in Beirut and Istanbul, the resumption of security coordination was considered a blow at a local level.

A number of Palestinian factions expressed their rejection of the PA’s move. Hamas said it considered it a “stab” to reconciliation efforts, and demanded that the PA backtrack on its decision. Meanwhile, the Popular Front for the Liberation of Palestine (PFLP) characterised it as a  “disregard” of the gravity of Israeli settlement projects targeting the Palestinian people.

Some have asked the question: is the PA’s return to security coordination a prelude to resuming negotiations with Israel at the expense of internal Palestinian reconciliation?

According to political analyst Jihad Harb, the reverse in PA policy does not necessarily mean an immediate return to formal negotiations between the PA and Israel, but it could indicate that there may be a political process in the works.

He told MEE he believed it included the PA awaiting a new direction under the incoming US administration, which has made statements about a different approach to the Palestinian-Israeli issue, and a withdrawal from President Donald Trump’s “Deal of the Century”.

“These statements are encouragement for a return to a political track,” said Harb.

Economy: Hitting the PA where it hurts

Despite the PA’s rejection of recent normalisation deals between Israel, the United Arab Emirates, Bahrain and Sudan, and the withdrawal of its ambassadors from the three countries, its return to security coordination is a tacit acquiescence, analysts said.

“The Palestinian Authority is not looking to clash with Arab countries. When the PA makes political moves or needs financial support, it turns to them,” said Harb.

Ramallah-based economic affairs researcher Jaafar Sadaqa explained that the Palestinian economy was facing grave risks due to Israel’s continued withholding of PA tax funds, which he believed was a primary driver in the PA’s decision to resume security coordination.

In a Twitter post on 19 November, announcing the return of the coordination policy, Sheikh (the head of the PA’s General Authority of Civil Affairs) said that the “transfer [of] all financial dues to the #PA” was agreed upon.

According to Sadaqa, 2020 saw the Palestinian economy have its worst ever year, and the PA was nearing a declaration of its inability to fulfill its obligations towards its civil employees, as well as suppliers of goods and services.

‘The Palestinian Authority is not looking to clash with Arab countries. When the PA makes political moves or needs financial support, it turns to them’

Israel seized PA tax funds at the beginning of the spread of Covid-19 in the West Bank and the PA’s imposition of a state of emergency, leading to a major decline in local revenue collection and other direct repercussions on various economic sectors.

Sadaqa said that the Palestinian economy was expected to deflate by 7-14 percent depending on whether the pandemic crisis continued to worsen on the local level.

“Restoring tax funds means that about $1bn will be pumped into the Palestinian economy at once, which will lead to a large and rapid recovery and will reflect the steep decline of the economy in Palestine,” he said.

Since its establishment in 1993, the Palestinian Authority has attempted to build a rentier economy running mainly on tax funds collected by Israel and then returned to the PA, constituting 60 percent of the its total revenue.

The conditions imposed on the Palestinian economy and its dependency on Israel were agreed upon in the 1994 Paris Protocol, signed by the Palestine Liberation Organisation (PLO) and Israel.

“The PA’s loss of tax funds, its most important financial resource, means entering a major crisis and a partial deficit for the period of fulfilling its obligations, or going into total deficit, which would have been expected during the next two months had the tax crisis not been resolved,” said Sadaqa.

“The tax funds have become increasingly important since the start of 2020, with the suspension of US and international aid and a decrease in assistance from Arab countries,” he added.

“Today, it has become impossible for the PA to dispense with the tax funds.”

Activists on the ground say they expect the return of security coordination to translate into an intensified effort by PA security forces to crack down on dissent and opposing political expression. They expect the PA to carry out widespread arrests and to monitor and police online speech more closely.

On 19 November, a large number of PA forces raided the home of prominent and infuential Palestinian activist Nizar Banat in the town of Dura, in Hebron. His arrest came hours after he posted a video on his Facebook page expressing his rejection of the PA move, and mocking Sheikh’s comments on the return of security coordination.

“Security coordination means exchanging information, and this cannot be stopped unless all [PA] security agencies are dissolved,” Banat said in the video.

Suhaib Zahda, a Palestinian activist close to Banat, told MEE that the security forces refused to reveal Banat’s whereabouts for 48 hours, before transferring him to the detention centre in the city of Jericho.

“We contacted sources within the security forces and confirmed that Nizar’s arrest came in response to a complaint submitted by Hussein al-Sheikh against him,” said Zahda.

Lawyers for Justice, a Ramallah-based legal office following Banat’s case, said in a statement that the Public Prosecution in Hebron had carried out the arrest on charges of “defaming the authority” under the controversial Electronic Crimes Law, based on the video he published.

Zahda said he believed the indicators of the political atmosphere were leaning towards a PA campaign of arrests and silencing of political activists in the coming phase, in order to block any criticism of the PA, particularly on the issue of security coordination.

Disclaimer: What did the PA gain for resuming security coordination with Israel? - Views expressed by writers in this section are their own and do not necessarily reflect Latheefarook.com point-of-view

Previous International experts warn on impending danger of ‘genocide’ of Indian Muslims
Next The world must hold ‘democratic’ Myanmar to account By DR. AZEEM IBRAHIM 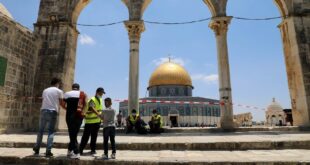 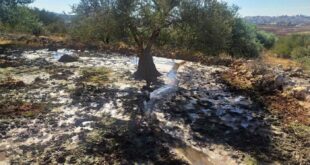 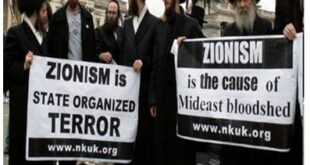 On 29 November 1947 when UN offered Palestinian lands to Zionist militant Jews to establish a racist state. By Latheef Farook