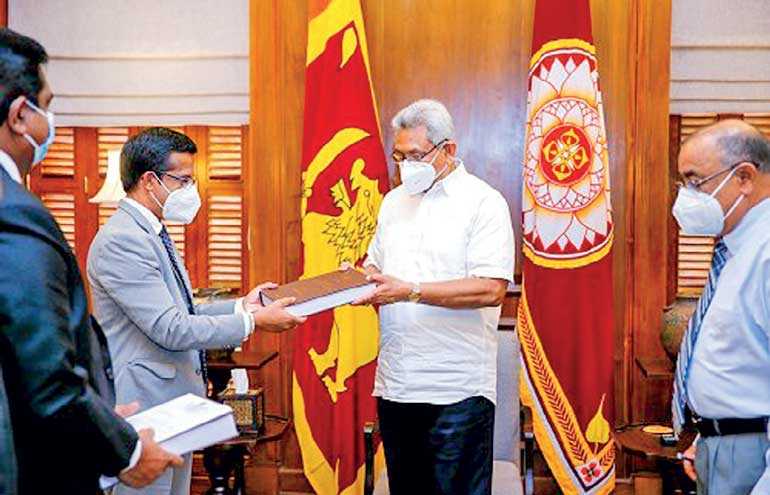 The Easter Sunday attack report includes many great Islamic personalities in the questionable ‘extremist’ list. The works of Hassan ul Banna, Seyyed Qutb, Maulana Abul A’la Maudoodi, Dr. Zakir Naik are available in well documented format. Why did the Commission fail to quote from the original source, the authors themselves, directly in proof of the alleged extremism if any of each one of them?

The Commission on Easter Sunday attacks has named a number of Islamic scholars of international repute as ‘extremist preachers’ and ‘extremists’. The Commission has failed to define extremism or to provide in its report a single instance of ‘extremism’ or ‘extremist views’ of the scholars named in the report.

The Commission has failed to quote from the writings of the scholars themselves or from any of their original works. It is a matter for deep disappointment that the Commission has relied on hearsay and third party anti-Islamic sources, some of whom are proxies of the US and NATO countries, at war with Islam since 1990.

We wish to make it clear that the Commission’s edict on Islamic scholars, most of whom are no longer living, is not acceptable because they are judgmental without any reasonable evidence. These scholars have nothing to do with the 21/4 attacks. The Commission has exceeded its mandate. In any event extremism is not an offence known to the law.

This situation is similar to what the British colonialists and orientalists of the 19th century did to denounce, terrorise and hang the natives who rebelled against British occupation. Wariyapola Sri Sumangala Anunayake Thero who courageously brought down the British Union Jack, Keppetipola Disawa of 1818 rebellion, Puran Appu and others resisted the foreign invaders!

But it would be a tragedy to shame these national heroes as extremists, rebels or terrorists by quoting, of all people, the then invaders and their Generals! It would be ridiculous to rely only on the perverse reports to British King George III sent by then British Governor Robert Brownrigg or support the report by quoting native fifth columnists of the time. The Easter Commission has done exactly that!

In naming and attempting to shame respected Islamic thinkers of different times, who ideologically resisted the then French and British invaders, the Commission appears to have relied on versions similar to Brownrigg’s report to the British King.

We know only too well that Hikkaduwe Sri Sumangala Thero emerged as a great Buddhist revivalist of the19th century. The revered monk’s role was in the aftermath of nearly four centuries of foreign rule. The Muslim world too has produced eminent scholars some of whom ideologically resisted foreign invasions of their respective countries.

There were also others who were icons of Islamic revivalism, following centuries of Western domination. But Islamic revivalism was branded as ‘political Islam’ and ‘Islamic fundamentalism’ and so forth. Revivalists were labelled as ‘fundamentalists’, ‘extremists’ and ‘Wahhabists’. All these fake branding and labelling were started as part of the war on Islam.

The Easter Sunday attack report includes many great Islamic personalities in the questionable ‘extremist’ list. The works of Hassan ul Banna, Seyyed Qutb, Maulana Abul A’la Maudoodi, Dr. Zakir Naik are available in well documented format. Why did the Commission fail to quote from the original source, the authors themselves, directly in proof of the alleged extremism if any of each one of them? Why did they rely on Brownrigg’s ‘colonialist’ version instead of Rev. Wariyapola Thero’s ‘nationalist’ version?

It is not that Muslims agree on all the views of every Islamic scholar. Islam does not require them to do so. But the Commission comprising of persons holding and having held high office in the country had a duty to present convincing evidence of ‘extremism’ before branding anyone. More so, because such adventurism on the part of our respected present or past members of the country’s judiciary may be used to justify the call for the intervention of foreign judges in our internal affairs.

We have had some great Muslim Sufi scholars who preserved Islamic scholarship amidst multiple invasions that were seen as threats to their way of life. Similarly Muhammed Ibn Abdul Wahab (1703-1787) was seen both as a ‘resistant’ as well as a ‘revivalist’ of 18th century Middle-East.

There were times that Egypt feared Western invasions had a treaty with the Ottomans. But between 1778 and 1798 Egypt, Europe’s shipping gateway to the East, became the centre of many wars between the British and the French with Napoleon invading Egypt in 1798.

‘Muwahhideens’, like Sufis are also Muslims. But Ibn Abdul Wahab was called by Western critics as a ‘Wahhabi’ to defame the then architect of intellectual resistance to foreign invasions. Wahhabism is a Western ploy to ostracise Islam by portraying aspects of Wahab’s thoughts negatively.

Muslims follow the Quran as well as the sayings and practices of Prophet Mohammed. Attacking Sufis or Muwahhideens is attacking Islam. Attacking monotheism or ‘Thauheed’ is also attacking Islam. Those indulging in such attacks will be violating the freedom of ‘thought, conscience and religion’ guaranteed under Article 10 of the Constitution.

We need to guard against the dangers of getting into the watch list of the UN High Commissioner for Human Rights. Those violating Article 10 or breaching binding treaties might find themselves in the US and NATO countries’ list of assets freeze and Visa denial enclave, together with members of their family, though wrongfully. Who will protect them?

(M.M. Zuhair PC is a former MP, Latheef Farook is a journalist and author, Mass L. Usuf is an Attorney-at-Law and Advocacy Columnist, and Mansoor Dahlan is a Theology Scholar.)

Disclaimer: Why did the Easter Sunday Commission fail to quote directly from original works of Islamic scholars to prove ‘extremism’? - Views expressed by writers in this section are their own and do not necessarily reflect Latheefarook.com point-of-view