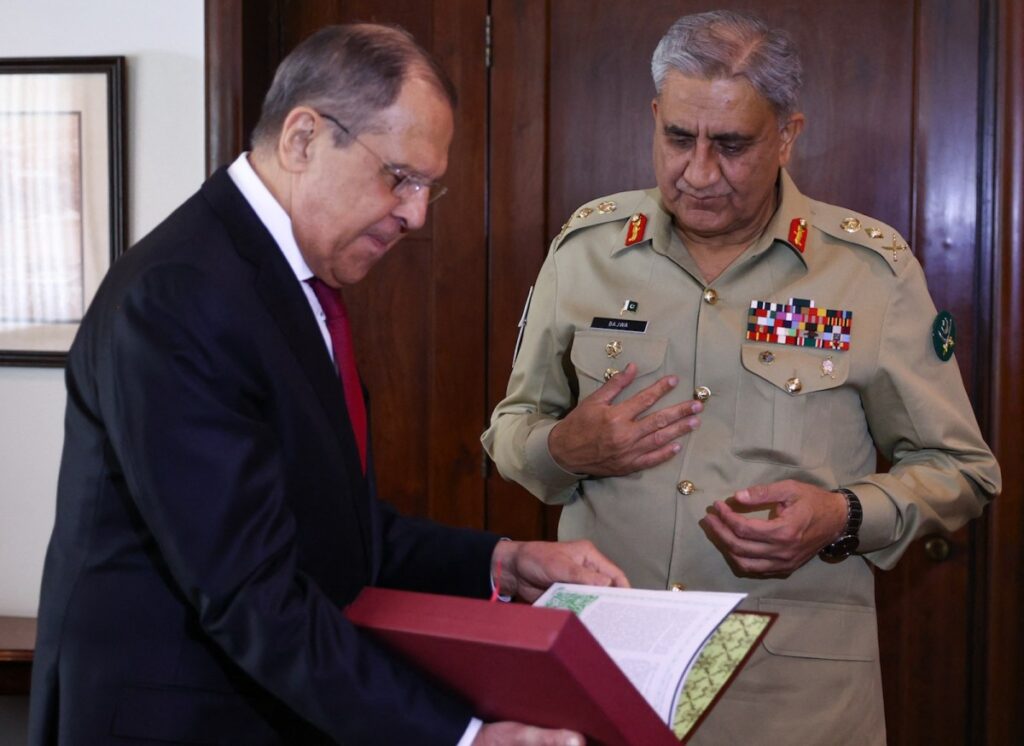 While Lavrov’s overt mission was to court Pakistan’s support for Russia’s new bid to promote a political settlement in war-torn Afghanistan, his unspoken agenda focused on indications the US will delay its avowed withdrawal from the war-torn nation.

Lavrov arrived in Islamabad with a bag of promises ranging from possible defense, energy and infrastructure development cooperation. While the offers were warmly received by Pakistan, the two sides are still far from developing any type of strategic partnership.

Whether Pakistan will support a Russia-sponsored political settlement in Afghanistan, one that no doubt will aim to leave little to no space for the US is still unclear. The US agreed with the rebel Taliban under the previous Trump administration to withdraw all of its remaining troops from Afghanistan on May 1.

In exchange, the Taliban agreed to eliminate any al Qaeda remnants it may be sheltering in the growing amount of territory it controls. Al Qaeda has in the past also operated out of Pakistan’s border regions.

With the deadline for America’s withdrawal fast approaching, the US has reached out to Turkey to play a key role in the peace process, a move that likely indicates the Biden administration will, at least temporarily, renege on Trump’s troop withdrawal vow.

The US is now actively seeking to leverage Turkey’s known influence on both Pakistan and Afghanistan — including Ankara’s ties to the Taliban — to clinch an agreement that allows the US to extend its military presence until a political settlement between President Ashraf Ghani’s government and the Taliban is agreed.

Both Russia and China are opposed to an open-ended US military presence in Afghanistan, a country where both have grand infrastructure development designs and security concerns.

Specifically, America’s military presence in Afghanistan is seen as a stumbling block for the completion of China’s Belt and Road Initiative (BRI) and Russia’s Eurasian Economic Union (EEU) trade and integration schemes.

Chinese diplomatic officials have recently claimed in press briefings that the US is using its military and intelligence presence in Afghanistan to stir trouble in China’s far-western Xinjiang region, where as many as one million ethnic minority Uighurs have been interned in so-called “vocational” camps.

Stability in Xinjiang is crucial for the BRI’s success. Of the BRI’s main six corridors, three pass through Xinjiang, including the US$60 billion China-Pakistan Economic Corridor (CPEC) that once completed will provide China an outlet on to the Indian Ocean via a BRI-financed port at Gwadar.

With Turkey’s inclusion in the Afghanistan stakes, the possibility of greater trouble for China in Xinjiang and other Central Asian states has by some analysts’ estimation increased manifold.

Turkey has recently adopted a tough approach to China’s mistreatment of Uighur Muslims, with reports in pro-government Turkish media linking the future of Turkey’s ties with China to the fate of the Muslim minority population.

With Turkey already supporting jihadi elements in Syria, facilitating their relocation to Libya and even exporting some to the Nagorno-Karabakh war, Russia and China will be wary of Ankara’s involvement in Afghanistan.

They both no doubt fear Turkey’s possible deployment of these Islamist militias to Afghanistan and elsewhere in the region with a view to destabilize Russia’s historically volatile underbelly and disrupt progress on China’s BRI.

Accordingly, Lavrov in his discussions with his Pakistani counterpart emphasized his concern about the “rise in terrorist activities and march of ISIL in the north and east of the country.”

Afghanistan is bordered by Central Asian states in its north and China on its northeast. From Russia’s and China’s perspectives, rising instability in these regions can easily spread and wreak wider regional havoc.

By tapping Turkey, the US is broadening the scope of talks and adding an actor that can help negotiate a so far elusive Ghani-Taliban settlement. To be sure, Turkey does not specialize in facilitating peace settlements.

What Turkey does specialize in is the art of using jihadi elements as geopolitical tools. By involving Turkey in Afghanistan, the Biden administration is bidding to extend US-Turkey cooperation in Syria to the Hindu Kush, a partnership that could convince Pakistan to support a numerically reduced but open-ended US military presence in Afghanistan.

Pakistan and Turkey’s mutual support for such an objective could, in Washington’s apparent calculation, convince the Taliban to agree to such an arrangement as well.

If the US sees Pakistan as a vital source of support for its long-term strategic objectives in Afghanistan, then that likely motivated Lavrov’s somewhat sudden visit to Islamabad. 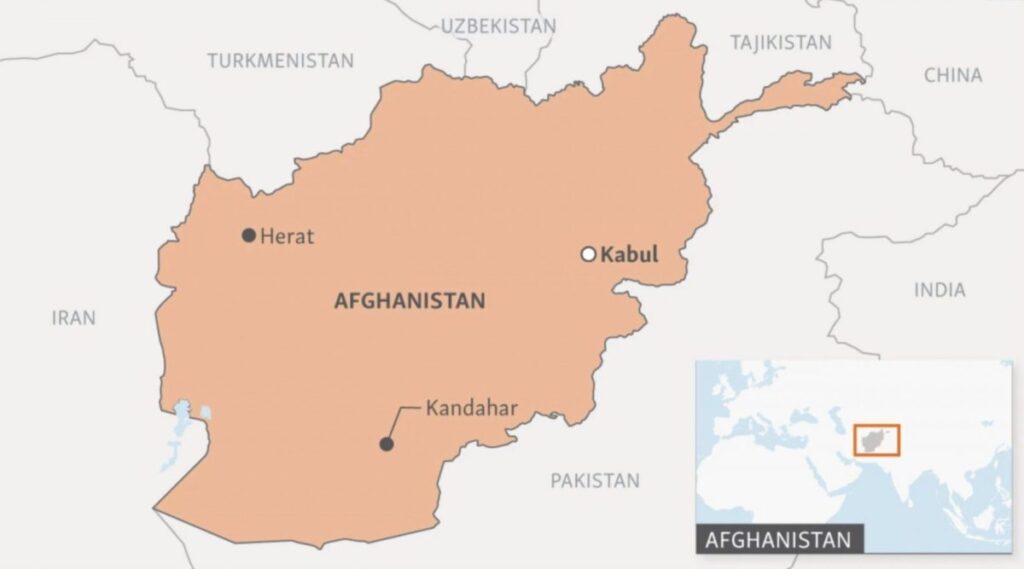 Both Russia and the US understand that Pakistan — because of its strong links with the Afghan Taliban — has the power to facilitate or complicate a longer-term US military stay in Afghanistan.

By visiting Pakistan and offering a “blank check” of cooperation, Lavrov tried to court Pakistan into blocking any path that 1) leads to an extended US military presence in Afghanistan, and 2) allows the spread of jihadi elements to the north and northeast and further into the Caucasus and China’s Xinjiang.

While Pakistan, having fought its own “war on terror” for almost 15 years, would not want to see yet another wave of jihadis coalescing next door, it has only limited room to maneuver.

With its economy now largely controlled by the International Monetary Fund, any move against US interests in Afghanistan could lead the IMF to refuse to extend its bailout package.

It’s a scenario Pakistan can ill-afford at a time when its economy is struggling to break out of last year’s negative growth and while Prime Minister Imran Khan’s incumbent regime faces crucial political challenges that could bring down his government.

Indeed, as Pakistani officials have confirmed in the past, one significant reason why Pakistan was able to secure the IMF’s financial support during the Trump era was a promise it made to extend full possible cooperation to the US in Afghanistan to end the so-called “endless war.”

With the Biden administration now “reviewing” the terms of the pact Trump signed with the Taliban in February 2020, the US may look to extend its “endless war” as a counter to China and Russia. In that great game scenario, Pakistan’s support would be crucial.

At the same time, Russia sees in this strategic recalibration a potential recipe for chaos that spreads jihadis across its southern flank.

Whether Lavrov made that explicit point during his visit to Islamabad is still unclear, though his unprecedented offer of bilateral cooperation across a wide range of fields hinted strongly of a much wider geopolitical agenda.

Disclaimer: Why Russia suddenly wants an ally in Pakistan By SALMAN RAFI SHEIKH - Views expressed by writers in this section are their own and do not necessarily reflect Latheefarook.com point-of-view