The monarchical-sounding declaration by Kaïs Saïed eight days ago was stunning: the president who was freely elected in 2019 (for only the second time in Tunisian history) was basically proclaiming a coup d’etat by dismissing the prime minister and suspending parliament.

Saïed was elected nine years after the overthrow of President Zine Ben Ali, who in 1987 as the security chief launched a coup against Habib Bourguiba, the founding president of Tunisia.  The 1987 coup was classified in Arab political terminology as a “medical coup”, because Ben Ali stated that Bourguiba was no longer mentally fit to assume the duties of the office.

As is well-known, the protests against the corruption and repression of Ben Ali (a darling of Western governments and lending institutions) sparked the Arab uprisings in December 2010. 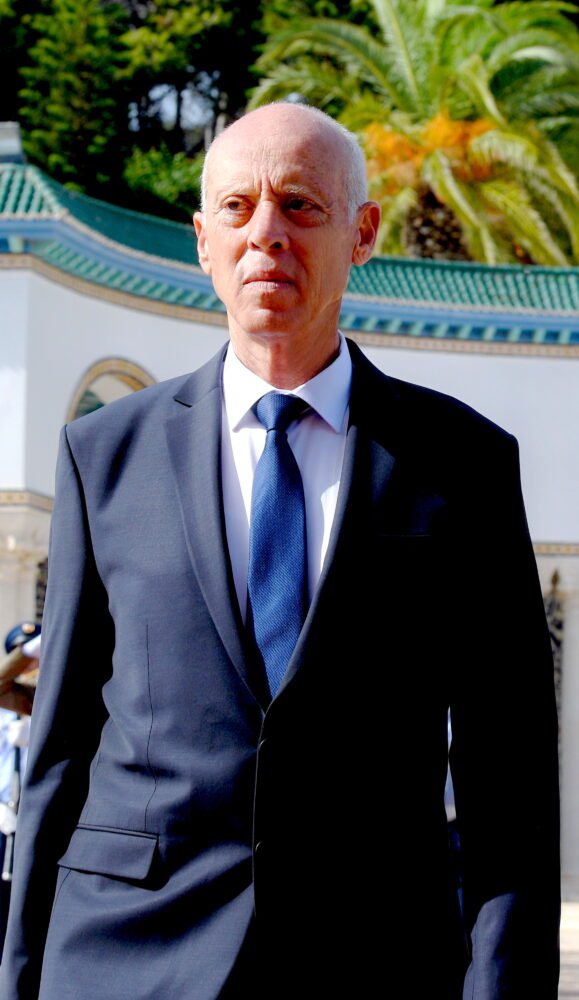 Kaïs Saïed was an unexpected victor in the 2019 presidential election. He was a professor of constitutional law, did not belong to a political party and was not affiliated with any political ideology.

He won support in television debates largely due to his strong command of classical Arabic in a country where French influence remains strong.

Furthermore, Saïed’s campaign was noted for his firm and categorical denunciation of any normalization with Israel.  His answers regarding Palestinian rights and rejection of Israel were a hit on social media, and helped propel him to the top job.

Saïed attracted support among Tunisian youth because he represented a new genre of politicians who have not been tainted by the corrupt system.

The political system that emerged after the end of the Ben Ali rule suffered from many weaknesses; the divide between the secularists and the Islamists only widened, and the regional, political wars between the UAE and Saudi Arabia on the one hand, and Qatar and Turkey on the other hand, raged inside Tunisia, just as they did in Libya and elsewhere.

The UAE regime now leads the battle against the Muslim Brotherhood across the Arab world, even in Palestine, for instance, where a UAE puppet, Muhammad Dahlan, a former Fatah chief, has championed the agenda of his boss, Abu Dhabi Crown Prince Muhammad Ben Zayid.

The Muslim Brotherhood was probably the largest opposition group in several Gulf countries for many years until Sept. 11 convinced Gulf rulers that the elimination of any presence of the Brotherhood was essential for improving relations with the U.S. (and later with Israel).  Saudi interior minister, Prince Nayif (who questioned the U.S. government’s account of Sept. 11), loudly blamed Saudi problems on the Muslim Brotherhood.

When Egyptian leader Gamal Abdul-Nasser banned the Brotherhood after 1954 for trying to kill him, Brotherhood leaders and activists sought refuge in Gulf countries where they were given prominent positions in education, religion and endowment. The UAE even sought the help of a Sudanese Islamist, Hasan Turabi, to draft its constitution. 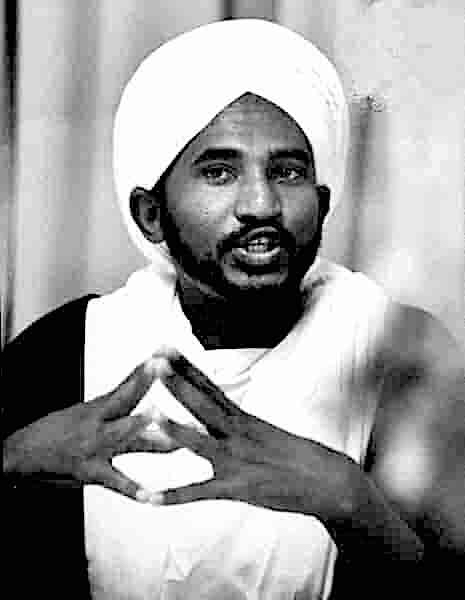 Essentially, Nasser represented secularism and socialism, while the Gulf regimes represented religious conservatism and obscurantism (naturally, the U.S. and all Western governments were on the side of Gulf regimes — and remain so to this very day).

After the uprising in 2010, Tunisia had a chance to establish a new democratic government. Tunisia became known as the second Arab democracy after Lebanon. (Lebanon remains the freest Arab country in terms of freedom of expression but has a political system marred by horrific corruption and sectarian allocation of government posts.)

In response to the 2010 uprisings, the UAE led the Arab counter revolution — or one side of it, as the Qatari regime and Turkey a led different counter-revolution, which sought to install the Muslim Brotherhood in power in possibly all Arab countries.

The UAE and Saudi regimes (likely with Israeli and U.S. blessings) united their efforts to:

By funneling money and direct intervention through various sectors of the state, Saudi Arbia and the UAE were keen on restoring the ancien regime in Tunisia.  The Gulf alliance (presumably with the West) wanted to prevent a rise of any Islamist government in the region. 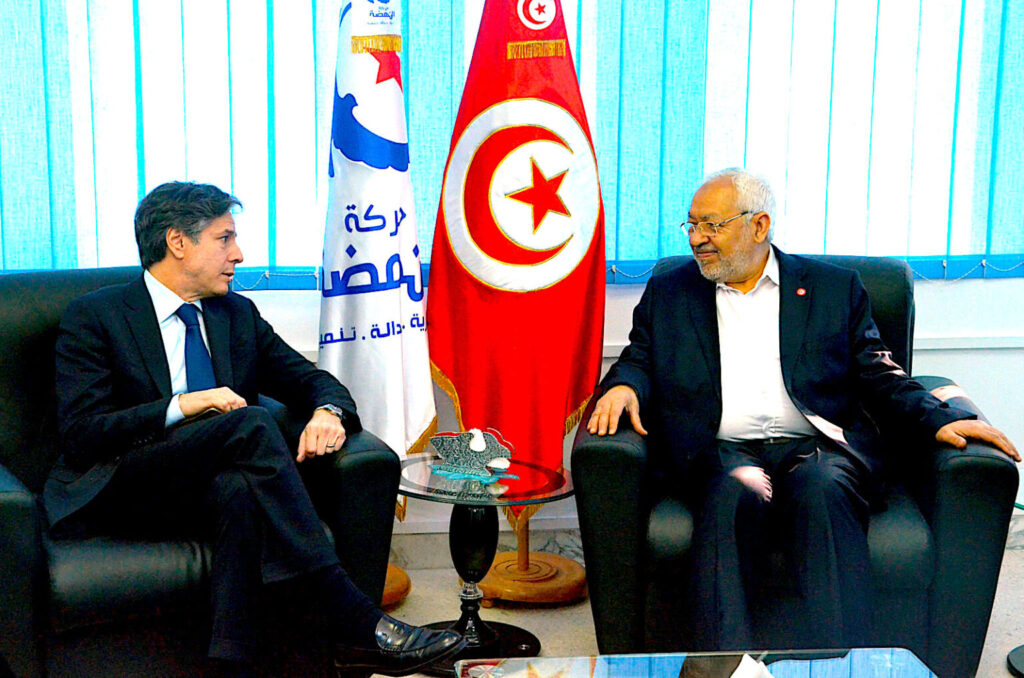 But the Islamists quickly adjusted and reassured the West, especially about their intentions toward Israel. The Egyptian Muslim Brotherhood suddenly abandoned its previous calls for the elimination of the peace treaty with Israel, and the Tunisian Al-Nahda party sent its leader, Rashid Ghanoushi, to reassure AIPAC (in a talk at WINEP) that Nahda would not support the popular Tunisian demand for criminalization of normalization with Israel.

True to its word, for all the years since 2011, the Brotherhood has lowered its rhetoric on Palestine, and the Syrian Muslim Brotherhood was part of a Syrian opposition coalition which did not harbor much ill-will toward the Israeli occupation.

Yet, no matter how much the Brotherhood has been accommodating to Israeli and Western interests, the Saudi-UAE alliance refused to accept the very existence of Islamist governments. One reason has been because the political clout of the Brotherhood reflected the influence of the Turkish-Qatari alliance, which sponsors and funds the Brotherhood in the region. 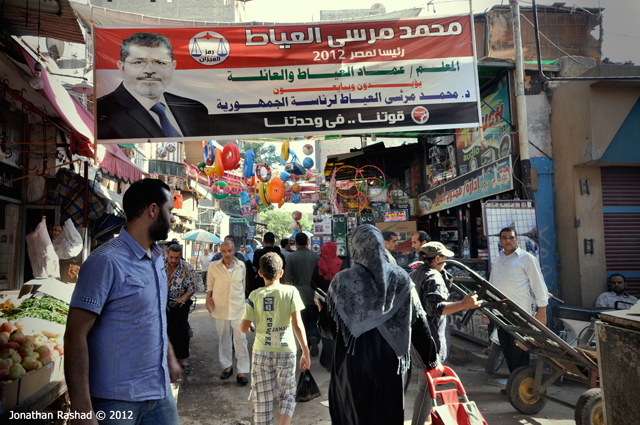 In Tunisia, the local variant (Nahda) won successive elections and their rule was not in any way characterized by competence or good governance.  But that was not what the UAE cared about; they just wanted to bring the rule of the Brotherhood down, by force (as in Libya) or by electoral interference as in Tunisia.  The UAE and Saudi regimes funded the most reactionary (and ostensibly secular) groups and personalities, and promoted leftovers from the ancien regime of Ben Ali, and even Bourguiba before him.

The victory of Saïed in 2019 dealt a blow to the Nahda. His victory also coincided with an economic crisis that was only accentuated with the onset of the coronavirus.  Gulf regimes withheld financial aid, except to those governments that normalized with Israel like Sudan. (Last month, Saudi Arabia and the UAE announced that 60 percent of Sudanese debt to their countries would be forgiven, and that each country would provide $3 billion in aid to Sudan.)

Sudan is ruled by a military junta and the U.S. and Israel ordered Gulf countries to reward those regimes which normalize with Israel.  By contrast, Tunisia is a democratic country and people in all Arab countries (according to all reliable public opinion polls) vehemently reject any normalization with Israel. 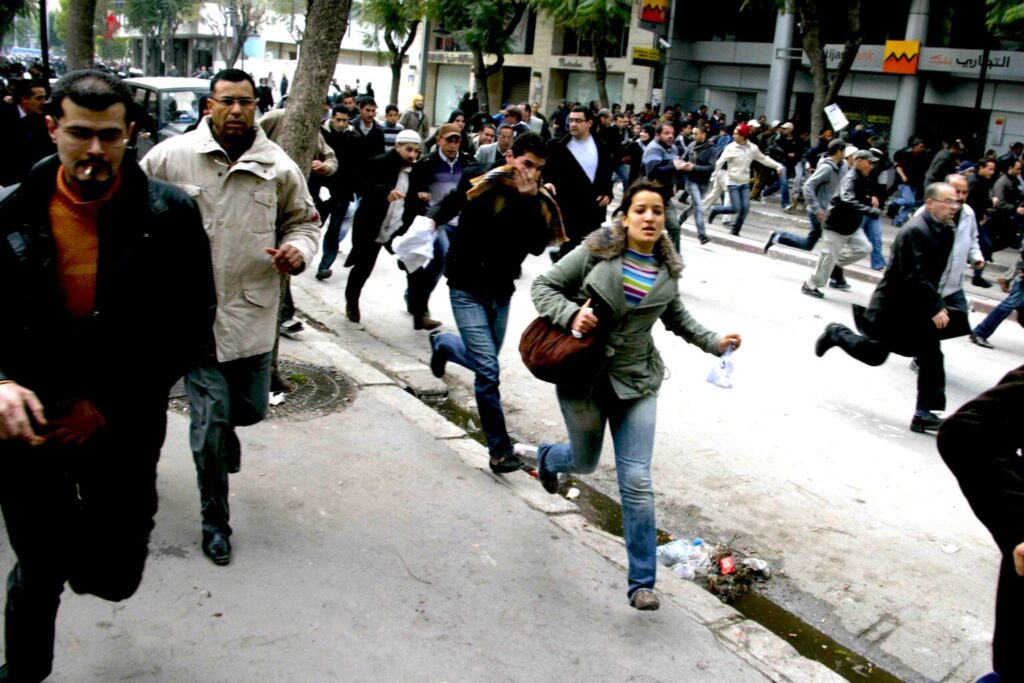 The UAE alliance with Israel is now probably the most solid alliance in the Middle East.  And the new revelation of the Pegasus spying scandal revealed the extent of UAE-Israeli cooperation in military, security and political affairs.

The tug of war in Tunisia between the Islamist Nahda-controlled parliament and the independent president has been going on for a year.  The coronavirus and the shutdowns have strained the Tunisian economy, which traditionally relied on tourism and foreign aid.  The UAE and the Saudi regime now withhold traditional financial aid except in those cases where regimes (like Egypt) are of service to the Israeli agenda.

President Saïed contacted Saudi and UAE leaders only days before his coup, which he denies is a coup because the article 80 of the Tunisian constitution allows for emergency powers to dissolve parliament and to dismiss the cabinet in the event of a threat to the state and peace.  The president has failed to show evidence of such a threat.

It was not clear at first that this coup enjoyed foreign backing.  But it would have been close to impossible that Saïed would have dared strike at the parliament and government if he did not have the support of the Saudi and UAE regimes (and possibly the U.S.).

Within hours of the announcement of the coup, Saudi and UAE regime media published laudatory coverage and fiercely attacked the Nahda as remnants of the “terrorist Ikhwan (Brotherhood).”

The U.S. Department of State was slow in reacting to the coup and indicated the matter is purely one of political science, and that legal experts were consulted to decide if this was a coup or not.  When it comes to threats to U.S. client regimes, U.S. official experts are quick to denounce and condemn a coup.

This one enjoyed support among some of the secularist forces in Tunisia (including the leftist workers’ unions) but the secular progressives have long been tools of repressive regimes, such as Sisi in Egypt or MbS in Saudi Arabia and MbZ in the UAE.

A youth counsel suddenly emerged in Tunisia to express support for the coup; this immediately drew resonance to the Egyptian youth group, Tamarrud, which was later found to be a tool of the UAE regime to bolster support for the Sisi coup.  The UAE, Saudi Arabia, Israel, and the U.S. just don’t want democracy in the Arab world.  Repressive regimes are far more convenient for their interests.

Disclaimer: THE ANGRY ARAB: Counter-Revolution Strikes Tunisia By As`ad AbuKhalil - Views expressed by writers in this section are their own and do not necessarily reflect Latheefarook.com point-of-view