Jadhav was an Indian Navy officer, attached to RAW. His mission was to covertly carry out espionage and terrorism in Pakistan.

Yet another book (Terror in Islamabad) has been published by an officer Amar Bhushan who happened to have served as a diplomat  at the Indian High Commission Islamabad. Before being posted to Islamabad, Bhushan had served an officer of India’s premier intelligence agency Research and Analysis Wing, Border Security Force Intelligence, and State Special Branch for quarter of a century. His book mentions another RAW officer, Amit Munshi (real name Veer Singh) posted as Cultural Attache. 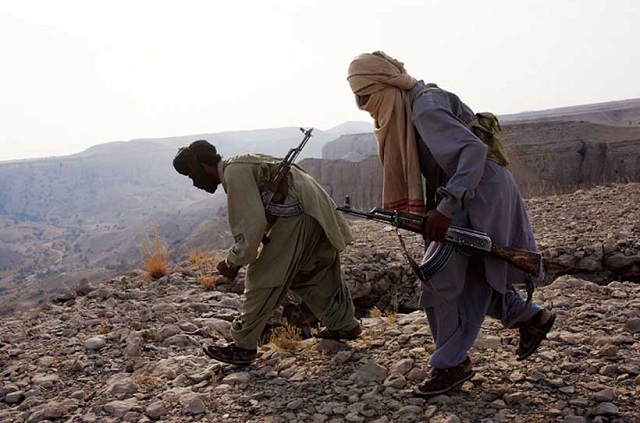 Since times immemorial diplomats have enjoyed immunity in countries where they are posted. International conventions govern their conduct in host countries. If , a diplomat is caught red handed violating norms of diplomatic conduct, he is declared a persona non grata. Bhushan’s book reveals that Singh’s assignment was to “identify potential Pakistanis for subversion”. The familiar elements of intelligence craft are espionage, sabotage and subversion. India added one more element “insurgency” to the intelligence craft if we go through another RAW officer’s book The Kaoboys of R&AW: Down Memory Lane. B. Raman makes no bones about India’s involvement up to the level of prime minister in Bangladesh’s insurgency.

In a published letter, Yadav made  startling revelation that India’s prime minister Indira Gandhi, parliament, RAW and armed forces acted in tandem to dismember Pakistan’s eastern wing. The confessions in his letter are corroborated by B. Raman’s book The Kaoboys of R&AW. He reminds `Indian parliament passed resolution on March 31, 1971 to support insurgency. Indira Gandhi had then confided with Kao that in case Mujib was prevented , from ruling Pakistan, she would liberate East Pakistan from the clutches of the military junta. Kao, through one RAW agent, got a Fokker Friendship, the Ganga, of Indian Airlines hijacked from Srinagar to Lahore. Indian army chief Manekshaw initially refused to carry out Indira Gandhi’s order because of the impending monsoon when rivers flooded in East Pakistan and troops’ movement became difficult. Not only intelligence officers but also officers of armed forces are employed to carry out subversion and sabotage inside Pakistan.

Jadhav was an Indian Navy officer, attached to RAW. His mission was to covertly carry out espionage and terrorism in Pakistan. Pakistan alleged there were Indian markings on arms deliveries to Baloch rebels pushed by Jadhav. To India’s chagrin, India’s investigative journalist Praveen Swami ferreted out the truth from Services Gazettes of India that he was commissioned in the Indian Navy in 1987 with the service ID of 41558Z Kulbhushan Sudhir. A later edition of the Gazette showed his promotion to the rank of commander after 13 years of service in 2000. His passport, E6934766, indicated he traveled to Iran from Pune as Hussein Mubarak Patel in December 2003. Another of his Passports, No. L9630722 (issued from Thane in 2014), inadvertently exposed his correct address: Jasdanwala Complex, old Mumbai-Pune Road, cutting through Navi Mumbai. The municipal records confirmed that the flat he lived in was owned by his mother, Avanti Jadhav. Furthermore, in his testimony before a Karachi magistrate, Karachi underworld figure Uzair Baloch confessed he had links with Jadhav.

India’s prestigious magazine Frontline surmised that Jadhav still served with the Indian Navy. Gazette of India files bore no record of Jadhav’s retirement. India told the International Court of Justice (ICJ) that Jadhav was a retired naval officer. But, it refrained from stating exactly when he retired. The spy initially worked for Naval Intelligence, but later moved on to the Intelligence Bureau. He came in contact with RAW in 2010.

India portrays the freedom movement in Kashmir as `terrorism’. What about India’s terrorism in neighbouring countries? Will the world take notice of confessions by India’s former intelligence officers and diplomats?

The World Court’s verdict is a signature victory confirming India’s `espionage and terrorism’ against Pakistan, documented in Raman ‘s book, and Yadav’s letter of 14 August 2015 published in Indian and Nepalese media. The court did not absolve Jhadav of being a spy or saboteur. It confirmed that he was an Indian national despite having passports in multiple names. Through Jhadav, India wanted to replay the Mukti Bahini experience in Balochistan and Khyber Pakhtunkhwa.

Doval publicly claims that he acted as a spy under a pseudonym in Pakistan for 11 years, seven years in Lahore.  Doval is a retired director of Indian Intelligence Bureau. He boastfully dons  the title of “Indian James Bond” . He  lived in Pakistan’s Lahore, disguised as a Muslim for seven years. During his years in the country, he befriended the locals visiting mosques and lived among the predominantly Muslim population. “Acknowledged as a master of psychological welfare” in India ,  Doval, as a part of his job also spied on Pakistan’s intelligence agency, Inter Services Intelligence. DOval, credits himself with brainwashing a group of freedom fighters led Kukkay Parey who detected freedom fighters and killed them.

Sharing an incident from his time in Pakistan, he said that he was once identified as a Hindu by a local from his pierced ears. Doval then underwent plastic surgery to prevent his cover from blowing. Narrating his account, Doval shared, “I was coming back from a Masjid. A man sitting in the corner, who had an intriguing personality and a white beard, called me. He asked, are you a Hindu? I replied saying no. He asked me to come with him, and took me to a small room and shut the door. He told me, ‘See you are a Hindu. Your ears are pierced.’ The place I come from, as a child there is a tradition to pierce the ear. I told him it was pierced when I was born. He told me, get plastic surgery for this, it’s not safe to walk like that. Then I got it (plastic surgery) done.”

In the late 1980s. Doval snuck inside the Golden Temple posing as a Pakistani agent to the Khalistani militants and passed significant information during Operation Black Thunder in 1988. After his stint as an undercover agent, Doval worked in the Indian High Commission in Islamabad. A close-associate of PM Modi, Doval is also responsible for master-minding the surgical strike in 2016.

With the consent of then foreign minister Jaswant Singh, he `coordinated military and medical assistance that India was secretly giving to Massoud and his forces’… `helicopters, uniforms, ordnance, mortars, small armaments,  refurbished Kalashnikovs seized in Kashmir, combat and winter clothes, packaged food, medicines, and funds through his brother in London, Wali Massoud’, delivered circuitously with the help of other countries who helped this outreach’. When New Delhi queried about the benefit of costly support to Northern Alliance chief Massoud, Kumar explained, “He is battling someone we should be battling. When Massoud fights the Taliban, he fights Pakistan.”

The conduct of Indian diplomats amounts to state-sponsored terrorism. For one thing, India should close the `Free Balochistan’ office on her soil, and stop resuscitating propaganda skeletons of pre-Bangladesh days. India portrays the freedom movement in Kashmir as `terrorism’. What about India’s terrorism in neighbouring countries? Will the world take notice of confessions by India’s former intelligence officers and diplomats?

Mr. Amjed Jaaved has been contributing free-lance for over five decades. His contributions stand published in the leading dailies at home and abroad (Nepal. Bangladesh, et. al.). He is author of seven e-books including Terrorism, Jihad, Nukes and other Issues in Focus (ISBN: 9781301505944). He holds degrees in economics, business administration, and law. This article originally appeared in Modern Diplomat

Disclaimer: India: Fueling insurgencies in neighborhoods by Amjed Jaaved - Views expressed by writers in this section are their own and do not necessarily reflect Latheefarook.com point-of-view