When the government had revoked Article 370 in August 2019, most locals had then said that it was done to bring outsiders into Jammu And Kashmir. With the new land laws, they say, their fears have come true 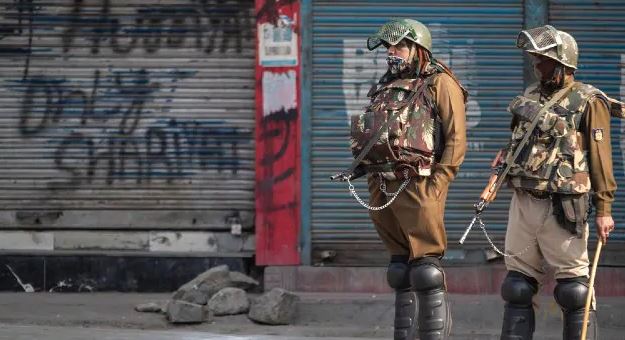 On 30 October, 2020, the Kashmir Valley observed a shutdown against the recently introduced land laws, which make every Indian eligible to buy land in the Union Territory of Jammu and Kashmir.

Shops and business establishments were shut while public transport remained off the roads. The separatists, who had called for the shutdown, urged people “to show their resentment towards the new (land) laws”.

This was the first time that a widespread shutdown was observed in Kashmir on the call of separatist leaders after August 2019, when the erstwhile state of Jammu and Kashmir was stripped of its special status (Article 370), divided into two union territories of Jammu and Kashmir and Ladakh, and placed under communication blackout for months along with restrictions on the movement of people across the region.

Most of the mainstream parties in Kashmir, who opposed the Centre’s August 2019 decision and whose leaders were put under detention for months, have now come together under a single banner called the People’s Alliance for Gupkar Declaration. Leaders of these parties too have opposed these new land laws.

As per the notification issued by the Ministry of Home Affairs, no domicile or permanent resident certificate is required for purchasing non-agricultural land in Jammu and Kashmir.

Mehbooba Mufti, the former chief minister of the erstwhile state of Jammu and Kashmir, has termed these changes in land laws “colonial” and against the people. Mufti, who is part of the Gupkar alliance, also alleged that the government is putting Kashmir’s land up for sale.

“To protect the future of Kashmiri youth, we will go to any length. Earlier all laws were made in consultation with the public and they were people-friendly. But now, laws are being imposed on Kashmiris which are against their existence and we won’t tolerate it,” Mufti said on Tuesday.

Like the politicians, ordinary Kashmiris, who are, in fact, yet to understand the new land laws in detail, are threatened. The reaction on the streets of Kashmir is that these laws will dispossess locals of their land and property.

Twenty-five-year-old Musaib Ahmad, who started a manufacturing unit of modular kitchens in 2018 at Lassipora Pulwama in southern Kashmir after taking financial help from his parents, fears that the new land laws would put small businesses like his at risk.

With little competition in the market, Ahmed was able to sustain and grow his company. But Ahmad fears, the changes in land laws will allow bigger manufacturers to set up bigger production units in the Valley. And as a result, he might have to shut down his business.

“I have a small business. If a big business house comes here, it will affect people like me,” said Ahmad.
He also fears that if outsiders are allowed to invest in land in Kashmir, the prices of land will go up in the Valley to the extent that locals will not be able to afford to buy any land.

Sheikh Ashiq, president of Kashmir Chamber of Commerce, is apprehensive of the move as well.

He informs that till now most industries in Kashmir were set up by private companies on land leased from the state and that even the residents of Jammu and Kashmir are only able to get land on lease.

“How will outsiders suddenly purchase land in Kashmir is to be seen?” he asks.

Ashiq also disagrees with the government’s view that this move will bring development in the region.

“We need peace for any developmental activities. It is a prerequisite,” said Ashiq, who says that local businesses are suffering huge losses due to the turbulent situation in the region.

He also informs that industries in Kashmir suffered a drastic decline after the turbulent situation in the Valley in the 1990s.

Hajira Begum, a 55-year-old woman from Pulwama, and mother of four is not only sceptical about the new land laws but also worried about the future of her children whose livelihood is dependent on their apple orchard.

“There is a process to take our land,” says Begum as she packs apples from her orchard along with other family members.

“The way the government has been taking decisions on Kashmir, we cannot trust them. The way Article 370 was abrogated, and seeing how things are happening here, we have every reason to suspect this (change in land laws) decision,” she said.

Begum also said that even if the government’s claim of agricultural land being safe is true, she fears the laws could be changed tomorrow.

When the government had revoked Article 370 in August 2019, most locals had then said that it was done to bring outsiders into Jammu And Kashmir.

“The government is trying to garner the support of farmers when they say no agricultural land will be taken away. But they are lying,” he adds.

Rohit Kansal, the official spokesperson of Jammu Kashmir administration, however, says that there is no reason for people to fear the new land laws, and assured that these laws will bring development and prosperity in the Valley.

“The new land laws will not only afford protection to over 90 percent of the land in Jammu and Kashmir from being alienated to outsiders but will also help revamp the agriculture sector, foster rapid industrialisation, aid economic growth and create jobs,” said Kansal.

“The government’s claim that 90 percent of the land is protected is a lie,” said Muzzafar.

“There are only two types of land in Jammu and Kashmir. We have either agricultural land or forest land, and both cannot be used for industrial or construction purposes,” explains Bhat.

But, at the same time, both types of land are already getting used for these purposes, he claims.

Bhat also warns of crises in the Valley as Jammu and Kashmir has the lowest average per family landholding in the country. He believes that the UT administration should go for a sustainable development approach in Kashmir rather than allowing big industries.

The UT administration has maintained the concerns of local people will be taken care of, however, Manoj Sinha, Lieutenant Governor, Jammu and Kashmir, said, “Like the rest of the country, we want good industries to come here so that there will be progress, development, and employment.”

J&K spokesperson Kansal said that the new land laws have “adequate protection” against alienation of land to outsiders. “A number of protections have been built into the new laws on similar lines as has been enacted in other states such as Himachal Pradesh and Uttarakhand,” he said.

Another worrying part of the new land laws, locals said, is that they allow the army to declare any land as strategic and acquire it.

But Kansal told that Section 3 (of the J&K Development Act on Strategic Areas) has nothing to do with the transfer of any land to the armed forces.

He said, “The transfer, both acquisition and requisitions will continue to be governed by the existing laws and norms on the subject.”

Disclaimer: Afraid of being dispossessed, Kashmiris question Centre's motives on new land laws, say can't trust the govt - Views expressed by writers in this section are their own and do not necessarily reflect Latheefarook.com point-of-view