Both north, south Bengal will continue to be parts of West Bengal: Mamata on UT demand 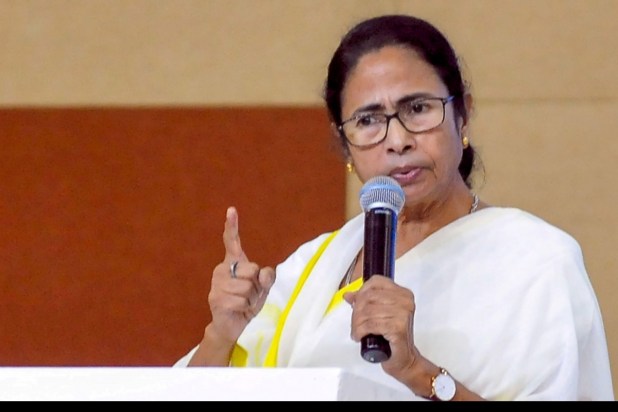 Calcutta, June 15 (KMS): Chief minister of West Bengal Mamata Banerjee wondered whether the Bharatiya Janata Party (BJP) wanted to muzzle voices of people in Bengal like it did in Jammu and Kashmir after certain district presidents of the party in north Bengal had demanded that the region be carved out of the state and declared as a Union Territory.
Central BJP leaders, including president J.P. Nadda, had held a virtual meeting with the party’s district chiefs in Bengal on Sunday. Sources said some district chiefs in north Bengal had flagged alleged infiltration from Bangladesh and attacks on party workers in the region and underscored north Bengal’s strategic importance. “The district chiefs told the central leaders that if north Bengal was declared a Union Territory, those issues could be addressed. They also mentioned that the party enjoyed considerable support in north Bengal as was evident from the 2019 Lok Sabha polls and the recent Assembly elections,” said a BJP insider told The Telegraph.
Told about the Union Territory demand, the chief minister said: “We will not let them play the politics of divide and rule. Both north and south Bengal are parts of Bengal and will continue to be parts of West Bengal. It is not so easy…. the state’s assent is required to make such a decision.”
“What does it mean… does it mean… to muzzle peoples’ voices like they have done in Kashmir? Do they want to detain them and snatch away their right to live and constitutional rights by dividing Bengal? Those who are making such devious plans will get an apt response from the people of Bengal. We condemn such demands and suspect some central leaders of the party are inciting them (leaders in Bengal),” she added.
BJP’s pitch for “Union territory” of north Bengal will have far-reaching repercussions, say political analysts.
On one hand, it can rekindle old demands like separate Gorkhaland, Kamtapur and Greater Cooch Behar states raised by different communities. On the other hand, it can trigger counter-movements against these demands.
“The BJP might have a number of MLAs and MPs from the region but it would be wrong to perceive that whoever voted for the party will support the demand for the Union territory status. North Bengal has witnessed a number of movements over the demand of separate statehood and every time, there was a clear message that the divisive card didn’t help political parties which had played it,” said a political observer.

Disclaimer: BJP trying to muzzle voices of people in Bengal like Kashmir: Mamta Banerjee - Views expressed by writers in this section are their own and do not necessarily reflect Latheefarook.com point-of-view