There has been massive resentment within the BJP unit in the Lakshadweep over Patel’s proposals that include a ban on the sale of beef and cow slaughter. 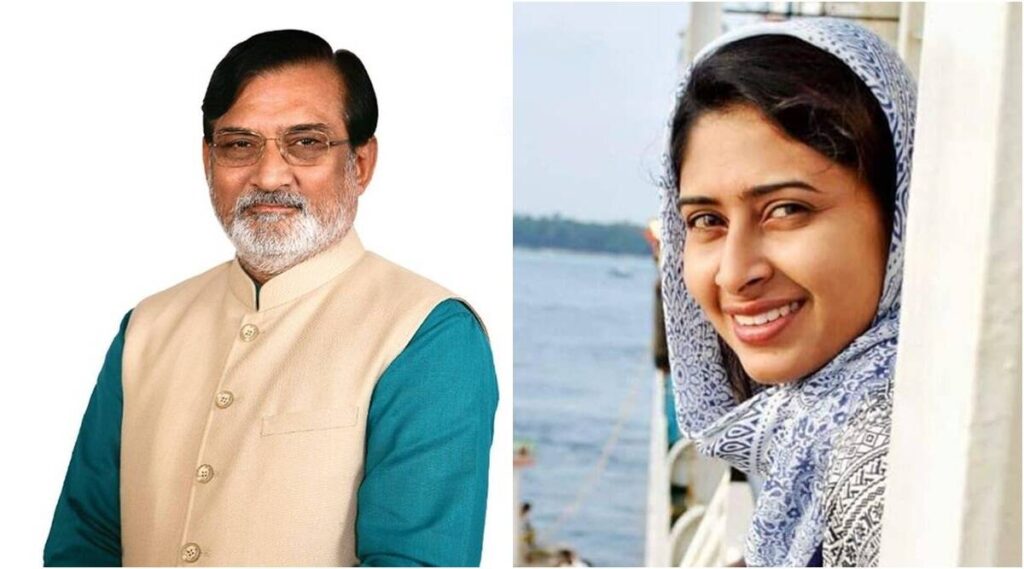 Over a dozen leaders and workers of the BJP in Lakshadweep resigned from the party Friday in protest over the filing of sedition charges against islander and filmmaker Aisha Sultana.

The Kavaratti police had filed a case of sedition against Sultana based on a complaint from C Abdul Khader Haji, the chief of the BJP Lakshadweep unit. The complainant cited Sultana’s remarks during a discussion on a Malayalam TV news channel in which she referred to UT Administrator Praful Patel as a “bio-weapon”. The discussion pertained to the controversial proposals of the UT Administrator which have sparked public protests on the islands.

In their resignation letter, the BJP office-bearers said Haji’s allegations against Sultana were “untruthful” and aimed at destroying her and her family’s future. They defended her saying she was only speaking for the rights of the people on the islands. The leaders also said the entire BJP unit was aware of the “enormity” of the “anti-democratic, anti-people and terrifying” policies of the Administrator Patel.

There has been massive resentment within the BJP unit in the Lakshadweep over Patel’s proposals that include a ban on the sale of beef and cow slaughter, ban on those with more than two children from contesting local body elections, widespread changes in land-use policies and ownership, and the dilution of Covid-19 protocols that allowed infections to soar on the islands.

Earlier this week, islanders had observed a 12-hour hunger-strike in protest against the Patel’s policies under the banner of ‘Save Lakshadweep Forum’. The Forum has extended solidarity to filmmaker Sultana, who’s a resident of Chetlat island.

Disclaimer: Spate of resignations in BJP Lakshadweep unit after sedition case against Aisha Sultana by Vishnu Varma - Views expressed by writers in this section are their own and do not necessarily reflect Latheefarook.com point-of-view