On August 14 1947, Pakistan an independent sovereign country emerged on the map of the world, as a result of the dedicated efforts of Muslims of the Indo-Pak Subcontinent. 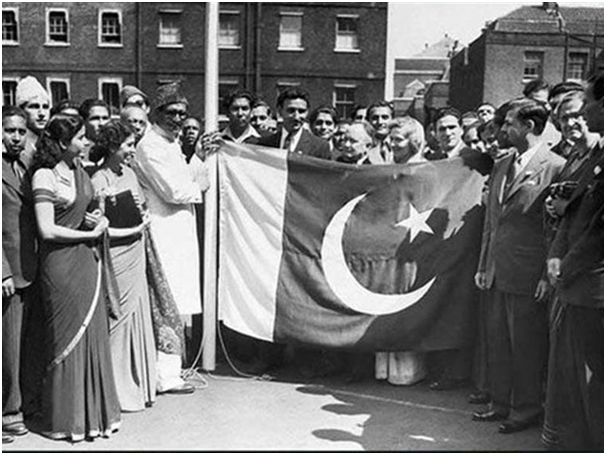 The establishment of Pakistan is indeed a unique phenomenon of modern history. It can be argued that Pakistan came into being on the very day when the first native embraced Islam in the Sub-continent. Yet it was the war of independence of 1857 that set into motion the intellectual process of thought and philosophies, to safe guard the rights of the Muslim minority.

Neither circumstances, nor financial resources were favorable or sufficient for the Muslim community, however their faith, discipline and courage were successful in realizing the cherished (as well as the religious) dreams of the downtrodden Muslims of India. In 1906, Muslim league was founded to safe guard the rights of the Muslims. On October 1 1906 the first Muslim delegation, consisting of thirty-six Muslims leaders met the viceroy of India at Simla. There they presented the demand of a separate state for the Muslims.

On December 29, 1930, Allama Muhammad Iqbal in his presidential address at Allahabad initiated the idea of separation from the platform of Muslims League. In 1932, name of new state was proposed as Pakistan, even though at the time it was just dream. The name was proposed in an issue of the pamphlet “Now or Never”. Pakistan, the living proof of our aspirations and the glorious land of our future expectations, is the outcome of that glorious day, which dawned into history on March 23, 1940.

On a crisp spring day in 1940, under the shadow of Badshahi  Msque, in a city that has been at the heart of Muslim Subcontinent for centuries, a group of men resolved to create a separate homeland for their people.  And what a day it was indeed. The venue was the 34th session of all India Muslim League, which was convened in the colorful city of Lahore, as a mark of the two-century-old struggle of the Indian Muslims to regain their glory and their birthright to freedom of expression. A galaxy of Muslim leaders attended the session from all over India. Surrounded by leaders of the All – India Muslim League and the Khaksars, Muhammad Ali Jinnah took to the stage in Minto Park to address the thousands in attendance, laying down the unequivocal demand for Pakistan. The astute Pakhtuns, the intellectual Bengalis, the sincere Bahrain, the valiant Sindhi, the burly Punjabis and Balochis were all represented.

Maulana Fazl-ul Haq, the chief minister of Bengal (reputed for his towering personality) introduced the famous Pakistan Resolution. The session was held in Minto Park, (now renamed Iqbal Park), under the shadow of the glittering minaret of Badshahi Masjid. The Lahore Resolution became the bedrock on which the struggle for Pakistan was built.

It was a turning point in the struggle for independence. In the resolution of Pakistan, it was declared that “It is the considered view of this session of all India Muslims that no constitutional plan would be workable or acceptable in this country to the Muslims unless it is designed on the following basic principles:- Geographically contiguous units be demarcated in to region, which should be so constituted with much territorial readjustment as may be necessary. That the areas in which Muslims are in numerical majority as in the North Western and Eastern Zones of India should be grouped to constitute independent states in which the constituent units shall be autonomous and sovereign”.

On February 20 1947, Mr. Attlee the British Prime minister made an important declaration to grant full self-government by June 1947, so the situation developed a new turn. Lord Mountbatten the last viceroy of India after a series of consolations with Congress leaders and the British government released a new plan called the June Plan.

Both Congress and the Muslim League accepted the Mountbatten plan. The India Independence Bill was introduced in the British parliament in July 1947 and received Royal Assent on July 18, 1947. Separate provisional governments were set up for India and Pakistan on July 20 1947. Ultimately British India was partitioned into two sovereign countries of Pakistan and India at midnight on 14 August 1947.

Disclaimer: PAKISTAN’S MAKING – HISTORICAL FACTS - Views expressed by writers in this section are their own and do not necessarily reflect Latheefarook.com point-of-view