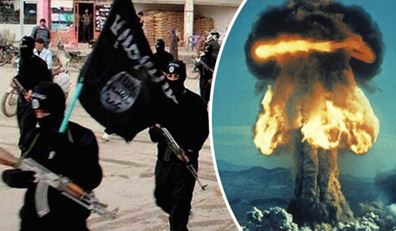 ISLAMABAD, MAY 7, 2021: Shocking news has emerged from India that terrorists could potentially buy Uranium from open market in an Indian city to make dirty nuclear explosives after two people were arrested by Maharashtra Anti-Terrorism Squad with 7-kg of natural uranium.

The 7 kilograms seized Uranium is worth millions of dollars in nuclear black-market raising concerns if India has emerged as a potential hotspot in illegal trade of nuclear technology and materials vital for a malicious nuclear supply chain for state and non-state actors.

“The report received from the research centre mentioned that the substance was natural uranium, which is “highly radioactive and dangerous to human life,” India TV reported.

According to news emerging from India, the Maharashtra Anti-Terrorism Squad (ATS) received information that two persons were searching for a potential buyer to sell the huge quantity of uranium.

The ATS, acting on a tip off, arrested two persons identified as JigarJayesh Pandya and Abu Tahir Afzal Hussain Choudhary.

Uranium is a highly explosive and radioactive material which is enriched to make nuclear weapons.

However, experts believe uranium can also be used by terrorists for making dirty nuclear explosives.

Reports said the police registered a case under provisions of the Atomic Energy Act-1962,based on a complaint by regional director, central region, Atomic Minerals Directorate of Exploration of Research, Nagpur.

Press Trust of India reported that the two accused were presented before a local court on Wednesday which remanded them in the custody of the ATS till May 12. 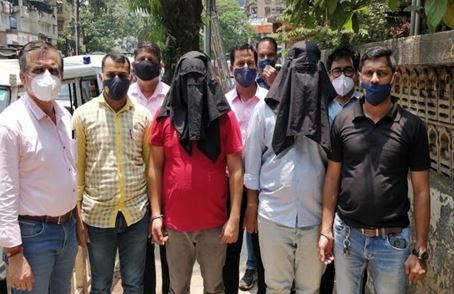 Indian authorities are yet to reveal how the two arrested persons got hold of such a large quantity of Uranium; from where they got the highly explosive radioactive material; who could be the potential buyers and which state authorities were involved in Uranium smuggling.

The mere fact that the accused persons got the Uranium checked from a private laboratory to authenticate its purity revealed a larger network of buyers and sellers in the Indian nuclear black market.

It is not the first-time smuggling of Uranium has been reported in India. Earlier in 2016, almost 9 kilogrammes of highly radioactive substance had been seized by police in the Thane area of Maharashtra.

The International Atomic Energy Agency is yet to investigate how proliferation of radioactive substances is taking place from India and how big is the black market of highly explosive substances.

The smuggling of radioactive substances from India has raised concerns if a number of terrorist organizations like RSS, AQIS, ISIS or some state actors could buy it from Indian nuclear black market to make dirty bombs.

According to International Atomic Energy Agency standards, theft of Uranium is indicative of vulnerabilities in security and control systems of India at the originating facility or during transport.

In 2019, 189 incidents were reported to the IAEA Incident and Tracking Database (ITDB)by 36 States indicating that unauthorized activities and events involving nuclear and other radioactive material, including incidents of trafficking and malicious use, continue to occur.

Disclaimer: Two arrested in India with 7 KG Uranium which could be used by terrorists to make dirty nuclear bombs: Experts By Arshad Sharif - Views expressed by writers in this section are their own and do not necessarily reflect Latheefarook.com point-of-view