Driver mounted the curb and ran over a family of five in Ontario killing four people, with a nine-year-old boy the only survivor 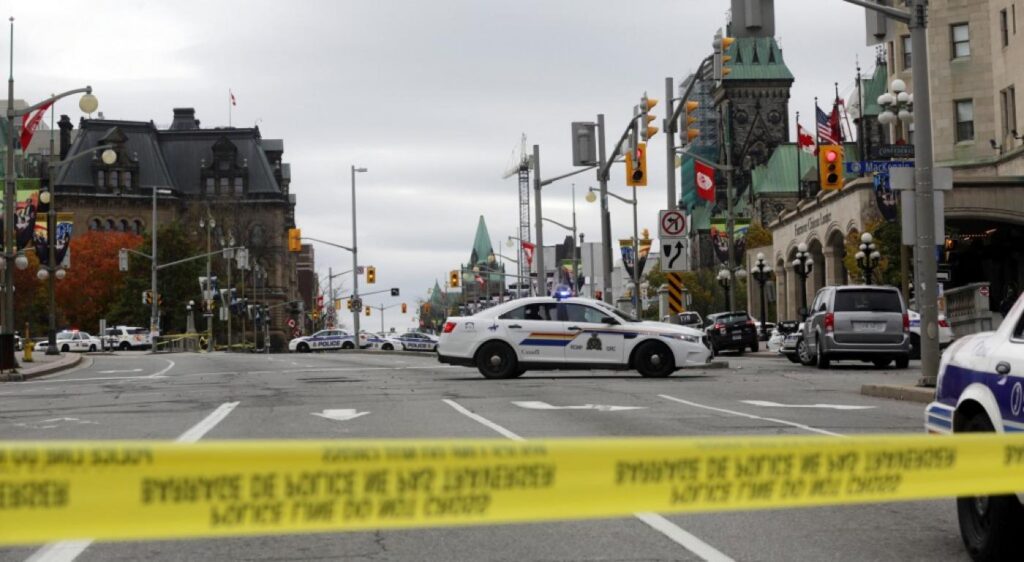 Police in the Canadian province of Ontario said a man driving a pick-up truck slammed into a Muslim family in a “premeditated” attack, killing four and seriously injuring a nine-year-old boy.

Local news outlets said the victims were waiting to cross a street in the city of London, Ontario, about 200km (124 miles) southwest of Toronto, on Sunday evening when the car mounted the curb.

The victims were two women aged 77 and 44, a 46-year-old man and a 15-year-old girl. The nine-year-old boy was seriously injured and is recovering in hospital. The authorities did not release the names of the victims.

‘This is a terrorist attack on Canadian soil, and should be treated as such’

“There is evidence that this was a planned, premeditated act, motivated by hate,” London Detective Superintendent Paul Waight told reporters on Monday.

“It is believed that these victims were targeted because they were Muslim.”

Canadian media reported that a 20-year-old man was arrested at a mall in London, near where it happened, and was charged with four counts of murder and one count of attempted murder.

CBC reported that the attacker was found wearing a vest that was similar to body armour in appearance.

“We grieve for the family, three generations of whom are now deceased,” London’s Mayor Ed Holder told reporters at Monday’s press conference.

“This was an act of mass murder, perpetrated against Muslims, against Londoners, and rooted in unspeakable hatred.”

‘This hate is insidious and despicable’

Canadian Prime Minister Justin Trudeau said he was “horrified” by what he described as an “act of hatred”, and said his thoughts were with the victims’ loved ones, including the young boy who survived.

“To the Muslim community in London and to Muslims across the country, know that we stand with you. Islamophobia has no place in any of our communities. This hate is insidious and despicable – and it must stop,” Trudeau tweeted.

Muslim communities in Canada are still reeling from a January 2017 mass shooting at a mosque in Quebec City that killed six Muslim men and injured several others.

The National Council of Canadian Muslims, a national advocacy group, said it was “beyond horrified” by the deadly attack.

“This is a terrorist attack on Canadian soil, and should be treated as such. We call on the government to prosecute the attacker to the fullest extent of the law, including considering terrorist charges,” the group’s CEO, Mustafa Farooq, said in a statement.

“Muslims in Canada have become all too familiar with the violence of Islamophobia, with attacks on Muslim women in Alberta, the IMO mosque killing, and the Quebec City mosque massacre.

“But this loss of a family, the loss of a child in our community because of Islamophobia – this is a sorrow that will run deep for a long time. But let that sorrow be the ground where we stand for justice, and stand for change.”

Jagmeet Singh, leader of the opposition New Democratic Party (NDP), also condemned what he described as “an act of Islamophobia & terror”.

“They were murdered because of their faith,” Singh wrote on Twitter. “More than ever we must stand w/ our Muslim family, friends & neighbours against such vile hate.”

Disclaimer: Canadian Muslim family killed in 'premeditated' attack, police say - Views expressed by writers in this section are their own and do not necessarily reflect Latheefarook.com point-of-view