Skip to content
UK
Spread the love
British Prime Minister Tony Blair meets troops as he arrives in Basra for a visit to British soldiers in Iraq, 04 January 2004. [STEFAN ROUSSEAU/AFP via Getty Images]
by Yvonne Ridley

Tony Blair’s final act as a human wrecking ball could well bring down the British monarchy following the controversial decision by Queen Elizabeth II to award him a knighthood. Not just any old knighthood, you understand; he has been made a member of the Order of the Garter, the country’s oldest and most prestigious order of chivalry.

As the world’s longest reigning monarch, Queen Elizabeth’s many admirers have lavished her with praise for the way she has steered the ship of state for nigh on seventy years by avoiding any embroilment in hot political issues. It wasn’t always like this, though. In 1997, the death of Princess Diana exposed fault lines within the monarchy which revealed Britain’s royal family to be out of touch with the British people. It was the Queen’s then Prime Minister, Tony Blair, and his “peoples’ princess speech” which apparently turned public opinion and softened republican murmurs.

Such murmurs are being revived now, though, following her controversial decision to honour the 68-year-old former Middle East envoy in this way. So much so, that “Sir Tony” could well be the undoing of the monarchy. It really is that serious.

Blair’s knighthood has also been greeted with bewilderment and outrage around the world, especially in the Middle East where conflict and turmoil continue today as a result of the 2003 war in Iraq which brought untold death, misery, injury and hardship to millions. Blair, of course, hung on the coat tails of US President George W Bush and sold the invasion of Iraq on blatant lies regarding “weapons of mass destruction” in the oil-rich country. Millions of ordinary people are still angry about this. They are also outraged that he continues to go unpunished. Once again, therefore, the monarchy has come under fire for being out of touch with public opinion.

Blair’s role in the seemingly never-ending “War on Terror” launched by Bush and him in Afghanistan in 2001 still rankles, while his barren years as a Middle East Envoy caused many to wonder at his lack of achievement. Like those before and since, he is seen as being in Israel’s corner, even though he now admits that one of his biggest mistakes was to isolate Hamas after its 2006 election victory in occupied Palestine.

Put Blair’s knighthood into the same deservedly terrible PR basket as the Epstein-Maxwell paedophile and sex trafficking scandal in which Queen Elizabeth’s favourite son, Prince Andrew, is alleged to have been involved, and it is easy to see that the nonagenarian monarch may have sealed the fate of the dysfunctional British royals once and for all. Buckingham Palace has to be taking this very seriously indeed.

An online petition demanding that Blair’s knighthood should be rescinded has already been signed by half a million people and is expected to reach one million by the end of the week. At 10,000 signatures, the government is bound to respond to a petition; when that figure reaches 100,000, there is normally a debate about the issue in the House of Commons. This particular petition, created by Angus Scott, looks set to break records for the change.org website. He accused Blair of causing “irreparable damage to both the constitution of the United Kingdom and to the very fabric of the nation’s society,” and is thus unworthy of such an honour from the Queen. “He was personally responsible for causing the death of countless innocent, civilians and servicemen in various conflicts,” added Scott. “For this alone he should be held accountable for war crimes.” An awful lot of people obviously agree with him. 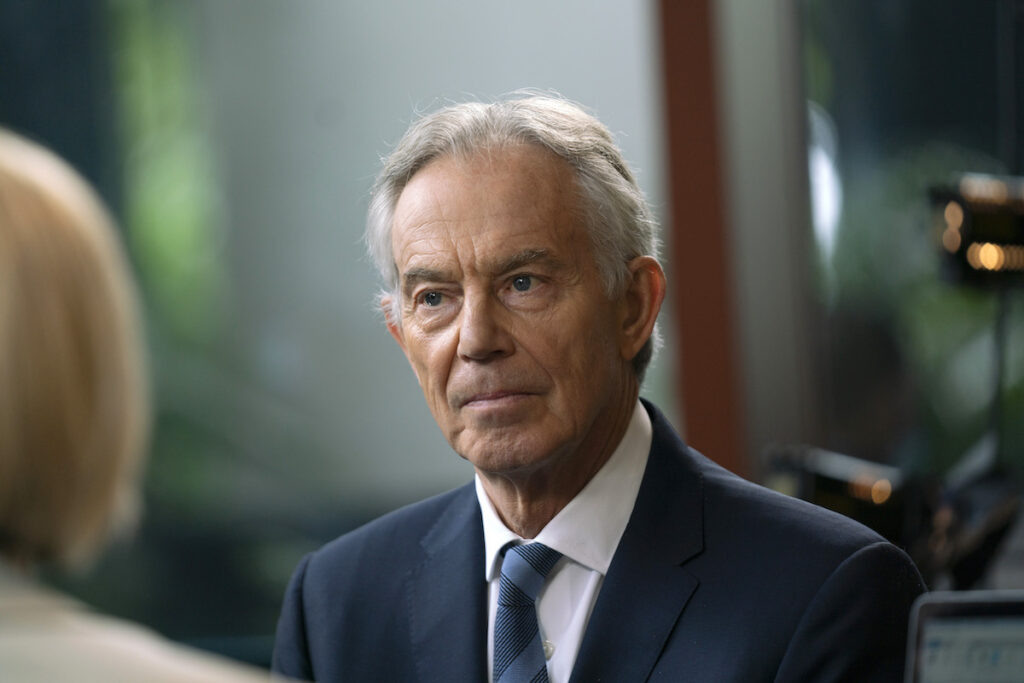 Seemingly oblivious to the anger that his knighthood has prompted, the Teflon-coated Blair issued a statement: “It is an immense honour to be appointed Knight Companion of the Most Noble Order of the Garter, and I am deeply grateful to Her Majesty the Queen. It was a great privilege to serve as prime minister and I would like to thank all those who served alongside me, in politics, public service and all parts of our society, for their dedication and commitment to our country.”

One of Blair’s successors as head of the Labour Party is supine in the face of this honour. Sir Keir Starmer MP — a mere “Knight Commander of the Order of the Bath” — praised Blair’s achievements in government without mentioning Iraq or Afghanistan. Apparently oblivious to the growing anger and resentment in Britain and abroad, he went on to pass his congratulations to his predecessor “on this recognition for his public service to our country.”

The biannual Honours List is usually full of people nominated for awards by others, and approved by the government, for their service to local communities or British society. The honours system is often mired in controversy, with allegations of sleaze, corruption and cronyism. Prime ministers often reward favoured colleagues, contacts and party donors with peerages and medals. However, appointments to the exclusive Order of the Garter are in the hands of the ruling monarch. The 95-year-old Queen Elizabeth alone had the power to appoint Blair. The last former prime minister to receive such an honour was Blair’s direct predecessor, Sir John Major.

Founded in 1348 by Edward III, a place within the Order of the Garter is awarded by the sovereign for outstanding public service and achievement. The order’s motto is “Honi soit qui mal y pense”, meaning “Shame on anyone who thinks evil of it”.

Blair has long faced criticism for sending troops into Afghanistan and Iraq, a decision which was condemned in a scathing report by Sir John Chilcot in 2016, who concluded that the then prime minister had overplayed evidence about Saddam Hussein’s non-existent weapons of mass destruction. Hence, many today think that the shame is on Queen Elizabeth II. Unlike Blair, who seems to have a charmed life and can wriggle out of difficult situations, the monarch and her family may not survive what looks very much like another act of treachery against the innocent men, women and children killed in Iraq, and the families of the 616 British servicemen and women who paid the ultimate price for Tony Blair’s lies and wars.

“Sir Tony Blair” in an order of chivalry? It’s a travesty.

Disclaimer: Blair's knighthood is a royal act of treachery against his victims in Iraq and Afghanistan - Views expressed by writers in this section are their own and do not necessarily reflect Latheefarook.com point-of-view