Skip to content
Muslim World
Spread the love
A statue of Mimar Sinan sits in front of the Selimiye Mosque in Turkey’s Edirne (Wikimedia)
Responsible for designing some of Turkey’s most impressive structures, Sinan was the Ottoman Empire’s chief architect in the 16th century

Modern cities are often recognised for their skyscrapers, such as Dubai’s Burj Khalifa or London’s Shard. But that is not the case in Istanbul, where the city’s mosques define its skyline.

That’s largely down to the efforts of a 16th-century architect, who constructed some of Istanbul’s most iconic buildings and established a uniquely Ottoman style of architecture.

In a career spanning more than 50 years, Mimar Sinan produced more than 300 buildings across the Ottoman Empire, which during his lifetime spanned from Algiers in the west to the Caspian coast of Azerbaijan in the east, from the northern borders of Hungary to the Muslim holy city of Mecca in the south.

His architectural achievements were not limited to mosques, although they are his most remembered buildings. They also included schools, public kitchens, palaces and bridges.

Neither was his architectural legacy limited to his own works. As the chief Ottoman architect, he would train future generations of builders and travelled across the empire serving as a consultant on projects.

Born around 1489 in the central Anatolian region of Kayseri, Sinan is believed to have come from a Christian family of either Armenian or Greek origin and was likely called Joseph before taking on the name Sinan after his conversion to Islam later in life.

Life as a janissary

The details about his early life are sketchy and subject to speculation among scholars. It is believed that Sinan’s father was a stonemason and carpenter, which may explain his later choice of career.

As a teenager, Sinan was initiated into the devshirme system, which took young Christian boys and trained them as either bureaucrats or military officers, eventually leading to their graduation into the Janissary Corps. 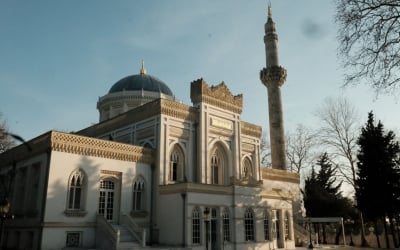 It was in this elite military division that Sinan got his break as a builder by serving as a military engineer.

A skilled fighter, Sinan also put his knowledge of architecture to use by pointing out flaws in enemy structures and drawing up attack plans to exploit those weaknesses.

His battlefield prowess and skills as a builder caught the attention of the senior Ottoman commanders, who pushed him through the ranks and assigned him greater responsibilities.

One of his duties was the demolition of unauthorised buildings in Cairo after the Turkish conquest of Egypt and their replacement with new structures.

His structures included the Mustafa Pasha Bridge in Bulgaria and mosques
across newly acquired Ottoman lands.

Central to his designs were complex mathematical equations aimed at diffusing the heavy weights of raw materials throughout structures and to ensure buildings remained durable in a region prone to earthquakes.

In 1539, Sinan became the chief architect of the Ottoman Empire, a development that would forever change the skyline of Istanbul and give it a noticeably Islamic character after centuries of Byzantine rule.

One of Mimar Sinan’s earliest mosques was the Sehzade Mosque located in Istanbul’s Fatih district. It was built to commemorate Mehmet, the son of Sultan Suleiman, who died while young.

Ottoman rulers used the Persian-origin expression “sehzade”, meaning “son of the shah”, for their male offspring.

Some of its features include its large courtyard, two madrassas, a public kitchen and a central dome surrounded by four half domes.

The inside of the mosque contains a high ceiling decorated with Islamic calligraphy and intricately patterned tiles.

The Sehzade Mosque gives some insight into Sinan’s architectural philosophy and formed a rough blueprint of his future designs with the architect describing the mosque as his “apprentice work”.

Borrowing from Istanbul’s earlier rulers, the Byzantines, Sinan created open spaces that encouraged the gathering of large numbers of worshippers in accordance with the Islamic emphasis on communal prayer. They also carried sound easier so that the imam and muezzin could be heard as far away from the pulpit as possible.

There were also slim and tall minarets, which served as a statement of imperial and Islamic grandeur, while not detracting from the primary structure they served.

Aesthetics were also a key concern, with the various architectural components such as domes, calligraphy, open spaces and appending structures like minarets coming together harmoniously.

Needing the labour of upwards of a thousand people to construct, the buildings were also a statement of the Ottoman Empire’s power and wealth.

Other mosques designed by Sinan in Istanbul include the Suleymaniye Mosque, which is located near the Sehzade Mosque and is one of the city’s largest structures.

Both Sinan and his patron Suleiman are buried in mausoleums within the complex.

Another mosque designed by Sinan is the Mihrimah Sultan Mosque on the Bosphorus coast of the Asian Istanbul neighbourhood of Uskudar.

That structure was built in the 1540s to honour Mihrimah Sultan, the daughter of Suleiman, who died in 1578 and was buried at the site.

Outside of Istanbul, Sinan built the Selimiye Mosque in the European Turkish city of Edirne, which is considered one of his masterpieces.

Whereas the Sehzade Mosque was the blueprint for Sinan, his collective works were the archetype for Ottoman architects who succeeded him.

Istanbul’s “Blue Mosque”, also known as the Sultan Ahmed Mosque, was built by the Ottoman architect Sedefkar Mehmed Agha, one of Sinan’s apprentices.

He is also believed to have influenced the design of the Taj Mahal through the involvement of his students, who travelled to India to take part in its construction.

Sinan’s influence was not limited to the Islamic world and can even be found in Europe.

One of London’s most famous structures, St Paul’s Cathedral, was designed by Sir Christoper Wren, an architect who was deeply impressed by Ottoman architecture and sought to incorporate elements of eastern styles into his own designs.

The building features a dome and is flanked by towers vaguely reminiscent of the Islamic minaret.

Sinan died in July 1588, leaving behind a legacy that continues to dazzle visitors to Turkey today.

Besides his better-known achievements, he also helped design sewage systems and managed the repair of existing structures. Sinan was even involved in the design of his own tomb.

Today he lends his name to the Mimar Sinan Fine Arts University, Turkey’s premier art school, which sits on the European bank of the Bosphorus in Istanbul, adjacent to the Mihrimah Sultan Mosque and with the Suleymaniye distantly within view.

Disclaimer: Mimar Sinan: The founding father of Ottoman architecture By Nadda Osman - Views expressed by writers in this section are their own and do not necessarily reflect Latheefarook.com point-of-view