Exploiting the Russian invasion of Ukraine, Israel has come forward to settle Ukrainian Jews in the stolen Palestinian territories- West Bank, Gaza Strip, Golan Heights and Sinai Peninsula.
Already Ukrainian Jewish migrants started arriving in Israel where they were offered free shelter and meals.
Israel’s far-right Interior Minister Ayelet Shaked has said that Israel is preparing to absorb 100,000 Ukrainian immigrants fleeing Russia’s war “.She announced that her government would set up seven to twelve new settlements in the occupied Palestinian lands “to these Jewish immigrants.”
Jewish Agency, set up by the Zionist movement, before Israel was created, to bring in Jews from all over to settle them in Palestine, is busy making arrangements to absorb only Jewish migrants from Ukraine.

Columnist Ramona Wade stated that the Jewish Agency’s acting chairman Yaakov Hagel called the Ukrainian Jews’ arrival: “An important contribution to the development of the State of Israel, which today welcomes you with open arms and brotherly love.” A political admission that is completely void of the humanitarian veneer that fails to shroud Israel’s colonizing intent. This means that Jewish Ukrainian refugees choosing Israel must be acknowledged as settlers – active participants in the Zionist colonial project with rights that exceed those of the Palestinians living under colonial apartheid.

Meanwhile, the international community, especially US and Europe, keeps silent about decades of hypocrisy over the Palestinian right of return – purposely inherently flawed to prevent Palestinians from ever claiming their place in historical Palestine. Palestinians have been forced into perpetual refugee status by Israel and the United Nations (UN), which created the UN Relief and Works Agency for Palestine Refugees to cloister the forcibly displaced Palestinians into the planned humanitarian paradigm.

While the world whips up a frenzy about Ukrainian refugees, Palestinians have been insisting upon their right to return to their land for decades, and the international community’s only response was to draw up a flawed non-binding resolution pretending to support that right, while upholding Israel’s colonial project to take precedence.
Given Israel’s involvement in the question of Ukrainian refugees and future Jewish Ukrainian settlers, the international community ought to have played a role in reminding Israel of its obligations and forcing it to comply. The Palestinians’ political right to return to their land is legitimate and should take precedence. The entire world has offered Ukrainian refuge, but Israel’s offer has nothing to do with humanitarian issues and everything to do with keeping Palestinians out.

This racist policy has become a source of anger and frustration for Ukrainian officials who are seeking safe passage for their citizens fleeing Russia’s invasion of their country. Ukraine’s Ambassador in Tel Aviv, Yevgen Korniychuk, is reported to have said that turning non-Jewish refugees away is “completely insane”.
An expert on Israeli affairs Iyad Hamdan said Israel does not stop working to increase its Jewish population to maintain the Jewish majority against the Arab population.
“We call on the Jews of Ukraine to immigrate to Israel – your home,” the Israeli Ministry of Immigration and Absorption said. Israeli Finance Minister Avigdor Lieberman had agreed to provide additional budgets to actualize the emergency immigration operation from Ukraine.

Meanwhile member of the PLO’s Executive Committee said that Israel is escalating its crimes and violations against Palestinians as the eyes of the world turn to Ukraine. Saleh Rafat made his comment as the people of occupied Palestine mourn those killed by Israel recently in Jerusalem, Ramallah, Jenin, Nablus and Burqa.

“The Israeli occupation is exploiting what is happening in Ukraine and accelerating practices and measures that reinforce its authority on the ground in occupied Jerusalem and all the occupied Palestinian lands,” said the Secretary General of the Palestinian Democratic Union.

“Israel is continuing the expulsion and premeditated killing of unarmed Palestinians, executing them and stealing their property in the Jordan Valley, Jerusalem and other occupied cities.”
The Palestinian representative to the UN has given a letter to the UN Secretary-General and the heads of the UN General Assembly and the Security Council pointing out what Israel is doing-committing war crimes.
He called on the so called international community to put pressure on Israel to stop its daily violations against the Palestinians, including sanctions similar to those now imposed so rapidly on Russia. Nothing will happen because all such calls for the past three quarter of a century fell on the deaf ears.
Ukrainian migrants will cause further problems for Palestinians whose lands will be forcefully acquired to settle them.

Why Jerusalem? It is occupied city. Such a call gives legitimacy to Israel on the occupation of Jerusalem. Why choose Israeli Prime Minister Naftali Bennett to negotiate? It speak for President Zelensky’s blind support to Israel as demonstrated during Israel’s barbaric attacks on Gaza last year.

There was hardly any response from any Arab country ruled by despots installed in power by US, Britain and France .They have virtually abandoned Palestinians to their fate. This is the shameful negligence of Arab despots 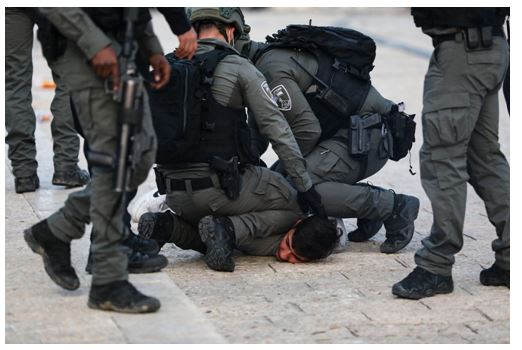 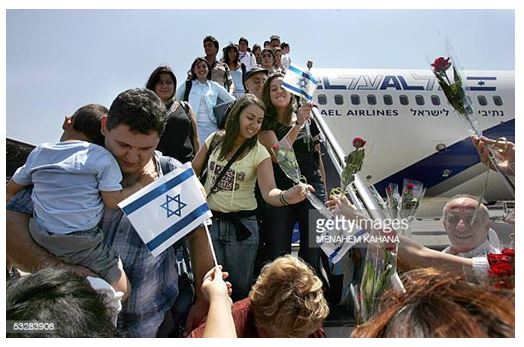 In occupied Palestinian lands. - Views expressed by writers in this section are their own and do not necessarily reflect Latheefarook.com point-of-view