With the state’s implicit support, Twitter users are twisting, selecting and reframing facts to serve Israel’s cause at the expense of Palestinians 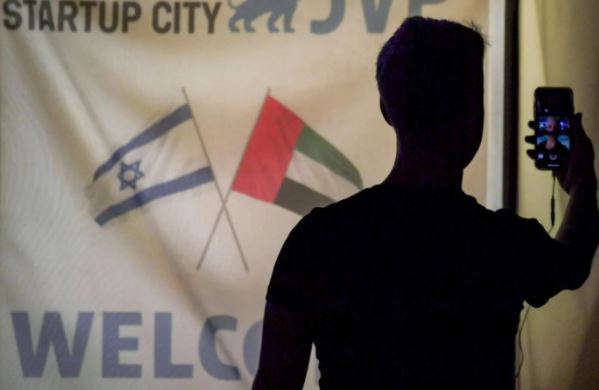 The gap between the reality on the ground in Jerusalem and how Israel spins it is widening by the day. To that end, Israel’s vast PR network is receiving support from what at first glance might seem an unconventional place: the United Arab Emirates.

Upon closer inspection, however, Emirati support for Israel’s excessive police violence against legitimate protesters is not coincidental. Even before the Abraham Accords, which formalised bilateral relations between the UAE and Israel, Abu Dhabi showed ideological synergies with Israel’s increasingly far-right positions and fear-based narratives, which aim to justify the suppression of Arab civil society.

Yet, while the UAE’s quietist approach to the Palestinian cause might have been deafening for years, the Abraham Accords may now be unleashing the Gulf state’s (dis)information networks to blindly support Israel’s long-standing tradition of selective storytelling.

Under the banner of hasbara (from the Hebrew “to explain”), Israel has for decades successfully won over hearts and minds in the West for an occupation that has become harder and harder to justify. Israel declares activists to be “terrorists”, frames critics as “antisemites”, and labels evidence for Israeli violence against women and children as “fake news”.

Although Israel has at least since 1967 not been the David in this struggle against the oft-invoked “Arab Goliath”, excessive political, structural and security-sector violence against unprotected civilians is being justified in Israel through fear and self-victimisation.

Hasbara has been primarily produced for western consumption, with the so-called Arab street declared unable to be won over – until recently. Israel’s official Twitter accounts, such as @IsraelArabic or @IsraelintheGulf, had mostly gone unnoticed in the Arab world, and the Palestinian cause had long been the only unifying element in the otherwise divided Arab world – until recently.

Few believed that the Abraham Accords would provide the Emirates with leverage over Israel to help the Palestinian cause. Most analysts expected that Abu Dhabi would continue to turn a blind eye to Palestinian suffering, but it still came as a surprise that the Emiratis would go so far as to jump on Israel’s hasbara bandwagon, twisting, selecting and reframing facts to serve Israel’s cause at the expense of Palestinians.

What has been most remarkable is that UAE influencers – tweeting with the license of the UAE government – have opted to praise Israel’s behaviour at a time when armed Israeli police have besieged and stormed al-Aqsa Mosque, injuring peaceful worshippers inside Islam’s third-holiest site during the holy days of Ramadan.

Emirati influencer Hamad Alhosani chose to retweet @IsraelArabic’s video falsely accusing protesters of having been instrumentalised by Hamas, stating in his own words: “May God protect the Temple Mount from the tampering of terrorism.” Influencer Munther al-Shehhi also retweeted @IsraelArabic, saying: “Thank you, Israel in Arabic, for clarifying the truth.”

Another UAE influencer, Hassan Sajwani, responded to local Emirati tweets under the hashtag #SaveSheikhJarrah with whataboutism about a savage attack at a school in Afghanistan. He continued by asking cynically: “Why can’t the Palestinians [sic] protestors just vacate #AlAqsaMosque and simply go home?”

As the profile pictures and banners suggest, these social media accounts are not just random Emiratis expressing their political opinions. In a country where civil society does not exist and political activism is criminalised, any sudden outpouring of political messaging is sanctioned by the state.

Such accounts are direct tools of a regime that is as fearful of the “Arab street” as Israel is. Just like the Netanyahu government and the security establishment in Israel, Abu Dhabi saw the Arab Spring as problematic – even more, as a potentially existential threat.

Uncontrollable mass mobilisation around legitimate grievances, such as the Palestinian cause, is a security nightmare for the regime in Abu Dhabi, which over the past decade has grown into the ultimate authoritarian patron of the regional counterrevolution.

Like Israel, the UAE has embraced fear-based narratives about Arab political activism and political Islam. Like Israel, it applies a broad brush to frame Islamists and civil-society activists as “terrorists”, and has come to see the mosque as a potentially dangerous platform for communal mobilisation, thus subjugating mosques, sermons and imams to complete state control.

Under the pretext of “tolerance”, the UAE has fostered the de- and re-politicisation of religion to make it an instrument of regime security and control. Like Israel, the UAE has weaponised western fears of Islam to justify cracking down on dissent.

The Emirati leadership has even invested in its own brand of Sufi-inspired Islam that vilifies disobedience to the ruler. Islamic scholar Hamza Yusuf, who has close ties to the UAE’s fatwa council, said in a 2019 France24 interview that the Palestinian cause was best served through inaction.

Substituting general apathy towards Palestine for a more proactive hasbara approach is not the UAE’s attempt to flatter its new strategic partner. More sinister than that, the normalisation of Israeli violence against peaceful protesters by Emirati social media accounts is driven by a fear of potential pro-Palestinian mobilisation at home.

The Israeli assault on al-Aqsa Mosque during the holy month of Ramadan is accepted by the regime and its surrogates in Abu Dhabi over the angst that could be ignited in the crushed Emirati public sphere through a debate that goes beyond regime-approved topics, such as sports or entertainment. The Palestinian cause has been sacrificed on the altar of regime security.

Disclaimer: Al-Aqsa attacks: UAE social media influencers jump on Israel's hasbara bandwagon By Andreas Krieg - Views expressed by writers in this section are their own and do not necessarily reflect Latheefarook.com point-of-view