Imagine the shock of Abdulaziz Ibn Saud, who called Jews ‘treacherous’, ‘fraudsters’ and ‘vagrants’, declared ‘The Jews have no right to Palestine’ and called for a holy war against them, to his kingdom’s current bromance with the Jewish state

The public flirtation between Israel and Saudi Arabia is sending waves of jubilation across Israel.

Commentators have suggested the appointment of the new Crown Prince Mohammed Bin Salman was “good news” for Israel, and have hailed Saudi Arabia as Israel’s “dream state”, while still warning of the political price Israel would pay for close cooperation. Meanwhile, Israeli government ministers have confirmed there are ongoing ‘secret’ strategic discussions, and Israel’s military chief, in an unprecedented interview with a Saudi paper, said both countries are in complete agreement about Iran’s intentions.

In what resembles a classic display of an unholy alliance, the two countries look as if they had buried their hatchet and old rivalries under the Iranian rug. What once seemed an eternal enmity of biblical dimensions is now celebrated as the beginning of a wonderful partnership. 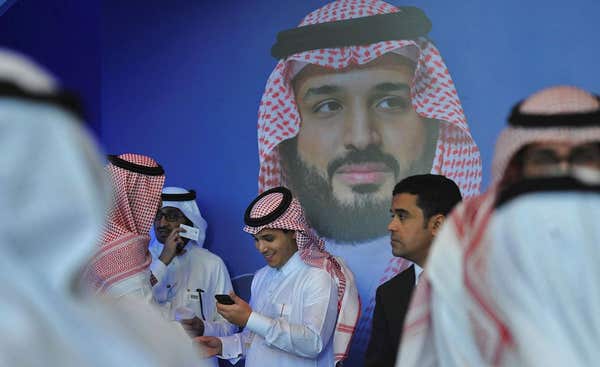 To King Abdulaziz Ibn Saud, founder of Saudi Arabia, this good news would come as a tragic shock. Indeed, he must be turning in his grave.

Perhaps more than any Arab or Muslim leader, certainly more than his own Saudi successors, Ibn Saud’s vision for peace rested on an apocalyptic view of the future of Arabs and Jews in Palestine. Fleshed out in his famous meeting and correspondences with U.S. President Franklin D. Roosevelt over half a century ago, it would color the Saudi popular imagination of Israel and the Jews for decades to come.

In November 1938, at the peak of the Arab Revolt in Mandate Palestine, Ibn Saud wrote to Roosevelt: “The Jews have no right to Palestine and that their claim is an act of injustice unprecedented in the history of the human race.”

The king reminded the president that “Palestine has from the earliest history belonged to the Arabs and is situated in the midst of Arab countries. The Jews only occupied it for a short period and the greater part of that period was full of massacres and tragedies.”

In a strikingly apocalyptic tone, Ibn Saud warned that if the Jews of Europe ventured into Palestine, “The Heavens will split, the earth will be rent asunder, and the mountains will tremble at what the Jews claim in Palestine, both materially and spiritually.”

Five years later, in April 1943, Ibn Said wrote another letter to Roosevelt, in which he lectured the president on the “the religious animosity between Moslems and Jews which dates back to the time when Islam appeared and which is due to the treacherous behavior of the Jews towards Moslems and their Prophet.”

Writing against the backdrop of WWII, Ibn Saud warned that the Allies should not allow in Palestine “vagrant Jews who have no ties with this country except an imaginary claim which, from the point of view of right and justice, has no grounds except what they invent through fraud and deceit.”

In an alarming tone bordering on fanaticism, the king queried: “Why, therefore, should such an act of injustice, which is unique in the history of the human race, be tolerated, seeing that it would not satisfy the would-be murderers, i.e., the Jews?”

The king concluded his letter with the same apocalyptic tenor, meshed with an extra dose of religious fanaticism. “For if – God forbid! – the Jews were to be granted their desire, Palestine would forever remain a hotbed of troubles and disturbances as in the past,” wrote Ibn Saud, adding that “they (the Jews) have been the cause of many troubles in the past.” 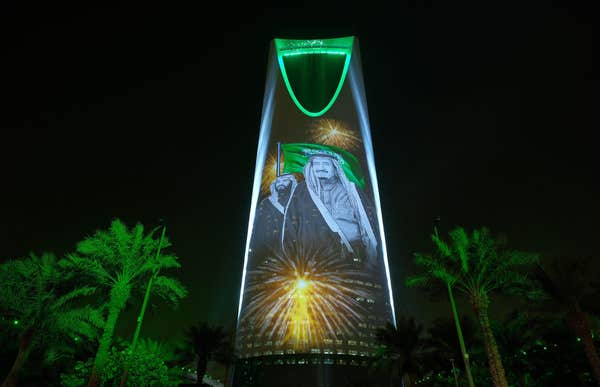 The king’s words seemed to have cast their magic on Roosevelt, who in May 1943 wrote back to Ibn Saud assuring him that “no decision altering the basic situation of Palestine should be reached without full consultation with both Arabs and Jews.”

Two years later, following his participation in the Yalta Conference in February 1945, Roosevelt traveled to the Great Bitter Lake in the Suez Canal where he met Ibn Saud aboard the U.S. cruiser Quincy. It was the first meeting of its kind.

In his account of the meeting, FDR Meets Ibn Saud, Colonel William Eddy, who acted as an impresario between the two leaders, recounts a pleasant conversation that snowballed into heated argument.

After a lavish exchange of gifts, followed by a royal feast and sips of Arabian coffee, the two leaders rapidly diverged over the question of Palestine. Roosevelt conveyed to the king his support for the founding of a Jewish national home in Palestine following the imminent end of the British Mandate.

Roosevelt reminded the king of the plight of European Jews, but the king shrugged him off, remarking, in a prophetic manner, that “Palestine would be drenched in blood, as in the past.”

The king reportedly declined a generous American aid in return for his support of Jewish immigration to Palestine, warning that the United States had to choose between the Arabs and the Jews. “The Arabs would choose to die,” Ibn Saud told FDR, “rather than yield their land to the Jews.”

Returning home, Roosevelt was apparently still under Ibn Saud’s spell when, on March 1, 1945, he told a joint session of Congress: “I learned more about the whole problem, the Moslem problem, the Jewish problem, by talking with ibn Saud for five minutes than I could have learned in an exchange of two or three dozen letters.” 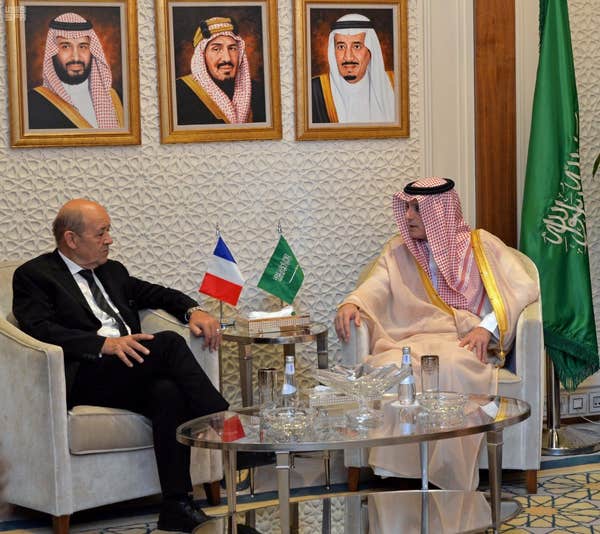 On April 5, Roosevelt wrote a letter to Ibn Saud reassuring him that the United States would take no measures that “might prove hostile to the Arab people.”

But what seemingly drifted Roosevelt toward Ibn Saud was not geopolitics per se, but the king’s personal predicament: Presiding over the birthplace of Islam, Ibn Saud envisioned himself as custodian of the faith, and Palestine, home to the holiest city in Islam after Mecca and Medina, was at the heart of his vision. Muslims looked to him to fulfill this mission.

Roosevelt seemed to show a genuine, if timid, sense of empathy for the king’s quandary. In a rare confession, he intimated to the Zionist leader Rabbi Stephen Wise, referring to Ibn Saud: “He was an old man and he had swollen ankles and he wanted to live out his life in peace without leaving a memory of himself as a traitor to the Arab cause.”

Two months after his meeting with Ibn Saud, and three years before the founding of Israel, the ailing Roosevelt died. Ibn Saud, who had spent his final years calling upon Muslims to wage a holy war against the Jews in Palestine, lived long enough to see his prophecy of bloodshed come true.

By the time of his death in 1953, the Arabs had lost Palestine, the Jews had taken over Jerusalem, and the United States had taken the side of Israel. In Ibn Saud’s apocalyptic terms: Heavens did split, the earth was rent asunder, and the mountains trembled.

A lot of water has passed under the region’s bridge since that historic meeting. Israel has grown into an unparalleled military power, surrounded by powerless and impoverished Arab states. Saudi Arabia has amassed a fabulous wealth, emerging on the global stage as a regional power, and branding itself custodian of Islam and champion of Arab unity and the Palestinian cause.

For decades, Saudi leaders have propagated the narrative that, despite the two countries never having engaged in a direct war, the conflict between Saudi Arabia and Israel embodied the symbolic battle between Muslims and Jews.

And yet, Israelis and Saudis, somehow miraculously, have managed to forgo their traditional  enmity and forge an unholy alliance against a shared enemy, Iran, united by the old wisdom of “my enemy’s enemy…”

Palestinians, meanwhile, have become a cog in Saudi Arabia’s sectarian machine and Israel’s geopolitical scheme. In a region dominated by shifting alliances and periodical rebalancing, no enmity seems too sacred to last, and no union is too sacred to rend asunder.

Yet the irony persists. In a chilling historical paradox that would make his father shudder, the sitting Saudi monarch, King Salman bin Abdulaziz, who is also “an old man who has swollen ankles and [who] wants to live out his life in peace without leaving a memory of himself as a traitor to the Arab cause,” has found in the Jewish State a natural and staunch ally for his revived “Arab” cause: Sunni Islam. Crown Prince Muhammad bin Salman is keen to uphold that revised cause.

But images linger. For decades, Ibn Saudi’s messianic views of Muslims and Jews have furnished Saudi popular imagination, serving as a guidebook for their images of Israel.

While Saudi and Israeli officials at the top quietly rejoice over their cozy rapprochement and uncanny courtship, delighting in their anti-Iranian honeymoon, it is unlikely that these images will disappear from the street of Riyadh overnight.

Seraj Assi is a Visiting Fellow in the Center for Muslim-Christian Understanding at Georgetown University, Washington DC

Disclaimer: Saudi Arabia's Jew-hating Founder Would Be Shocked by His Kingdom's Public Flirtation With Israel - Views expressed by writers in this section are their own and do not necessarily reflect Latheefarook.com point-of-view