Today the annual Quds Day rallies have become a global phenomenon and have assumed even greater significance in view of incessant Zionist attacks on Masjid al-Aqsa and the Haram al-Sharif precinct that houses both Al-Aqsa Mosque and the Dome of the Rock.

This year while Muslims were praying in the Al Aqsa Mosque on the last Friday of Ramadan on Friday 7 May 2021, Israeli police, continuing its traditional barbarity, stormed Holy Al Aqsa Mosque and brutally attacked Muslims at prayer.

First to condemn, Turkish President Recep Tayyip Erdogan said   “Israel, the cruel terrorist state, attacks the Muslims in Jerusalem — whose only concern is to protect their homes… and their sacred values — in a savage manner devoid of ethics. The violence in Jerusalem was “an attack on all Muslims and protecting the honor of Jerusalem is a duty for every Muslim.” 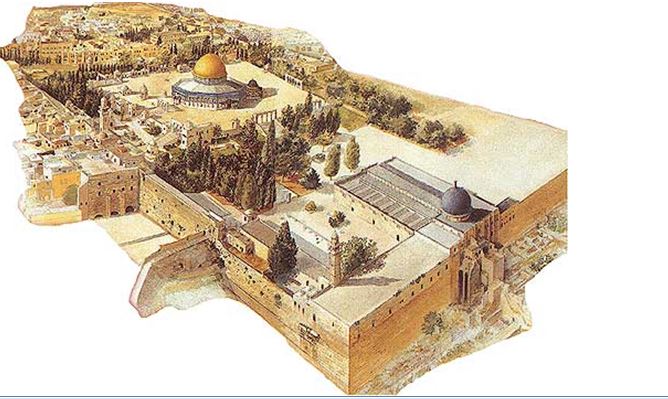 Masjid Al Aqsa, the second oldest masjid after Makkah and the third most important holy place in Islam after Makka and Madina, is located in the city of Jerusalem, also called Al Quds (The Holy) or Baitul Muqaddis (The House of Holiness).

The historical significance of Masjid Al-Aqsa in Islam lies in the fact that the early Muslims turned   in prayer for a period of around seventeen months after the hijra or migration to Medina in 624 AC.

Masjid Al Aqsa is the place where Prophet Ibrahim, the patriarch of all the three great monotheistic faiths Judaism, Christianity and Islam prayed. It was in this very same Masjid that Allah resurrected and assembled all the prophets and messengers for Prophet Muhammad (pbuh) to lead the prayer with them during his divine night journey to the heavens.

Allah chose this Masjid   for this greatest prayer because of its purity, nobility, distinction and highest standing.  The ascension of Prophet Muhammad (pbuh), from the rock beneath the Qubbat Al Sakhra Mosque, known as Dome of the Rock, to heaven remains the loftiest spiritual event in the history of Islam and highlights the importance of Jerusalem for Muslims.

During the period of the Second Caliph Umar Ibn al-Khattab, Jerusalem was brought under Muslim control. The Patriarch of the city, Sophronius, stated that he would negotiate only with Caliph Umar and that nobody enters Jerusalem before Caliph Umar. On hearing this Caliph Umar informed that he was on his way.

Accompanied by a servant, Caliph Umar rode on camelback to Jerusalem though he could have been accompanied by an entourage that could have made the ground tremble under the hooves of horses. He did so to show simplicity and ensure that Allah alone deserves all the glories.

On reaching the place, Caliph Umar continued the journey on foot carrying his shoes in hand under the astonished gaze of the people.

The Muslims who saw this spectacle recited the short prayers that refer to Allah’s absolute greatness and uniqueness. Caliph Umar walked to the army wearing modest threadbare clothes. The Christians who watched everything from the walls of Jerusalem were amazed at the strange simplicity, unable to believe that this simple man could be the leader of those well-equipped armies.

Abu Ubaidah who could not contain himself on seeing this unprecedented show of humility rushed to Umar’s side saying” today you have performed a magnificent deed before the people, perhaps you might….? Umar slapped him on the chest and criticized him saying “I wish someone other than you, Abu Ubaydah, had said this. We were a humiliated people and Allah honored us with Islam. We were weak and He gave us strength”.

The Patriarch who saw the unfolding scenes with great admiration said to his people that nobody in the world would be able to stand up to these people and advised them to surrender to be saved. Negotiation took place and a famous treaty called ‘Umariyya Covenant” was concluded .This treaty is still preserved in the Church of the Holy Sepulchre in Jerusalem.

The Christians requested that Jews, who were not there before the conquest, be forbidden to enter Jerusalem and Umar accepted. Yet on his part Umar offered members of all faiths safety in Jerusalem and protection for their beliefs and their holy places, forbidding them to be desecrated or destroyed.

After the treaty was signed the key to the city was formally handed over in 637 AC. The gates of Jerusalem were opened and Caliph Umar entered along a promenade that led him to the Church of the Holy Sepulcher. Caliph Umar was inside and the Patriarch said to him “pray”. However Caliph Umar declined, fearing it might establish a precedent that would threaten the church’s continued use as a Christian house of worship. Instead he prayed in an area to the south of the church, now the site of the Mosque of Umar in Jerusalem.

In doing so Caliph Umar showed the world the meaning of tolerance and generosity in victory and strength. It was the greatness of Islam that shone in his spirit and was reflected in his ethics though he was a person known for his firmness and courage.
Caliph Umar then asked to be taken to the site of Masjid Al Aqsa. He could not find, but patriarch showed him the way.

On arrival, accompanied by hundreds of Muslims, he found the area covered in dust and debris. He rolled up his sleeves and began sweeping and clearing the mosque immediately. On seeing this other Muslims including army generals and soldiers joined him in cleaning the place. Once cleaned up Caliph Umar took off his cloak, prayed and left there. It was the first prayer of Muslims in the Masjid Al Aqsa after the Prophet Muhammad (pbuh).

Caliph Umar immediately ordered the restoration of the mosque. A huge timber mosque, Masjid Al Marwani, with a capacity to accommodate 3000 worshippers was erected on this site at the southernmost wall of the Noble Sanctuary. They then started praying in this holy place. This was the most peaceful manner Jerusalem was conquered and great status of this mosque was restored after the affront committed by the Christians.

Under Caliph Umar’s generosity those who wanted to leave were allowed to do so with all their possessions while others who opted to stay were guaranteed protection for their lives, property and places of worship. Later Caliph Umar reversed the four hundred year Christian ban on Jews, allowed them to return to Jerusalem and granted Christians free use of their holy sites .Thus he turned Jerusalem into a city where Jews, Christians, and Muslims lived in tolerance, peace and harmony.

This opened the doors to the Jews who were denied access to Jerusalem. Throughout the Muslim rule of Jerusalem, from 637 to 1917, except for two relatively short periods, Jerusalem maintained its rightful title of ‘The Holy City’.

However the Zionist Jews who occupied East Jerusalem in their war of aggression in June 1967, have been repeatedly conspiring to destroy Masjid Al Aqsa and build in its place a new Solomon’s Temple, the older temple having been destroyed by the Romans in 70 AC, the remnants of which are only seen today as a wall known to Jews as the Wailing Wall.

As part of this conspiracy they commenced a ruthless campaign of ethnic cleansing Palestinians who had been living there for generations. Two years ago Israel annexed occupied Jerusalem.

The Arab tyrants serving their US, British and French political masters to ensure their survival abandoned Islam, Muslims, Palestinians, Jerusalem and even Masjid Al Aqsa. Their only concern was to preserve their seats of power and comforts and, to ensure this they   have open and secret relations with the very same Zionists despite all their conspiracies, aggression and humiliation.

Muslims worldwide ruled by tyrants have no say as they remained oppressed and brutalized. This is the shameful plight of the Muslim world.

Disclaimer: Muslims worldwide observe Al Aqsa Day While Israel storm Al Aqsa and attack Muslims at prayer. By Latheef Farook - Views expressed by writers in this section are their own and do not necessarily reflect Latheefarook.com point-of-view