The Israeli military characterized the latest airstrikes as retaliation for “incendiary balloons” released into Israel from the Gaza Strip.

Just hours after far-right marchers chanted “Death to Arabs!” during a demonstration in the streets of Jerusalem, Israeli war planes bombarded the occupied Gaza Strip early Wednesday morning in the first series of airstrikes launched by the new government of Prime Minister Naftali Bennett, a former IDF officer who once boasted that he has “killed a lot of Arabs” in his life.

While initial reports indicated that no Palestinians were killed in the new bombing campaign, the air raid intensified fears of a fresh wave of violence by the Israeli government just weeks after a tenuous cease-fire agreement paused Israel’s deadly 11-day assault on Gaza last month, which killed more than 240 people. 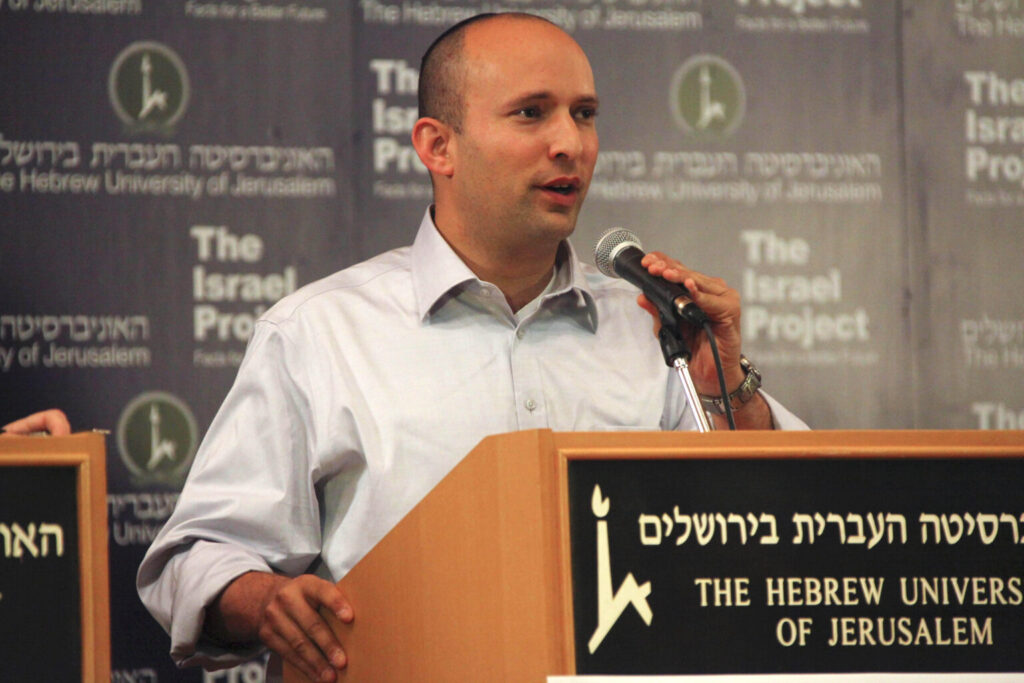 The Israeli military characterized the latest airstrikes as retaliation for “incendiary balloons” released into Israel from the Gaza Strip. The balloons reportedly caused at least 10 fires in Israel.

“Homemade fire balloons versus U.S. bombs. Is there a better example of the disproportionate use of force?” asked Ariel Gold, national co-director of the anti-war organization CodePink.

Abu Malek, whom the Associated Press identified as “one of the young men launching the balloons,” said the incendiary objects were released into Israel in response to a far-right, government-sanctioned march through Jerusalem, where demonstrators rallied alongside several members of the Israeli Knesset and chanted “Death to Arabs!”

Israeli police fired rubber bullets at Palestinians who tried to disrupt the march, which reached the main entrance to the Old City’s Muslim quarter.

“This is a genocidal chant. Let’s call it what it is,” tweeted U.S. Rep. Jamaal Bowman (D-N.Y.). “I represent many within the Jewish community who disavow and condemn this hateful language. So why does only a small portion of our Congress?”

Rep. Rashida Tlaib (D-Mich.), the first Palestinian-American woman ever elected to the U.S. Congress, said that “after racist and violent ‘death to Arabs’ marches earlier today in Jerusalem, children in Gaza are being woken by bombs in the middle of the night.”

The Israeli airstrikes came just over 48 hours after the country’s parliament narrowly voted to replace former Prime Minister Benjamin Netanyahu with Bennett, a change that defenders of Palestinian rights did not applaud given the latter’s record and policy stances, which include support for annexing the occupied West Bank in violation of international law.

“While being hailed by many as the opportunity for a fresh start, Naftali Bennett is at best a continuation of Netanyahu’s policies and at worst an ideologue whose positions are to the right of Netanyahu’s,” Gold of CodePink wrote for Common Dreams on Monday.

Disclaimer: New Israeli Government Bombs Gaza By Jake Johnson - Views expressed by writers in this section are their own and do not necessarily reflect Latheefarook.com point-of-view