Palestinians all over remembered the 9 April 1948 massacre at Deir Yassin   by Zionist Jewish terror gangs to drive out Palestinians to establish the state of Israel.

Palestine, now called Israel, which was under Turkish rule, was brought under British mandatory power in the aftermath of World War 1. Since then the British authority in collaboration with Zionist Jews brought in Jews from all over and settled them in Palestinian lands.

Designed to destroy Palestinian resistance, the Zionist terrorist gang Haganah, led by Menachem Begin, went on a murderous rampage butchered 254 Palestinian men, women and children   at Deir Yassin, a village a few miles off Jerusalem-one of the most barbarous crimes  in the style of “My Lai massacre in Vietnam”.

Menachem Begin boasted about his crime as a memorable day in Jewish history. All the Jewish forces proceeded to advance through Haifa like a hot knife through butter. The Arabs, unarmed and unorganised, began to flee in panic shouting “Deir Yassin”.

Remembering the tragedy an 83-year-old Palestinian woman who survived the   massacre, said with tears that “Jews surrounded the village. Women and children began to flee, but no one survived the Jewish bullets. They took my 16-year-old brother out into the garden and bowed his head by shooting five bullets in his head. They killed him in front of my sister’s eyes”.

Commenting on this massacre, renowned historian Arnold Toynbe said in his book “A Study of History”: “The evil deeds committed by the Zionist Jews against the Palestinian Arabs that were comparable to crimes committed against the Jews by the Nazis, were the massacre of men, women and children at Deir Yassin which precipitated a flight of the Arab population in large numbers   and the subsequent expulsion of the Arab population   by the Jewish forces between 15 May 1948 and end of the year… The blood at Deir Yassin was on the head of the Irgun, Menachem Begin; the expulsion of Palestinians after 15 May 1948 were on the head of all Israelis.”

The British put a price of 10,000 Sterling Pounds on Begin’s head for all his heinous crimes and   was also condemned as a terrorist by the official Jewish leadership of Palestine.

This was not the end of the story. In the same cold blooded vein Jewish terror gangs massacred people in a number of other villages including Nassiruddin, on April 14 1948, where all except forty, who managed to escape, were butchered by the Irgun-Stern force. 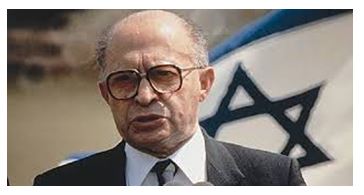 The following day, on May 5 1948, Haganah terror gangs committed a wholesale massacre in   Mazraat El Khoury, overlooking Tiberias. The bodies of many slain women and children were mutilated and a number of old people were beheaded and their limbs cut off. Young people were roasted alive when the Haganah locked them inside a house and set it on fire before the few surviving old people were finally set free    and advised to tell their story to the Arab world.They sarcastically asked the Arab states to come to their rescue.

A mosque was blown up on 6 May 1948, over the heads of villagers who were locked in by the Zionists at Al Zeitoon, Safad. The entire population of Beit Drass in Gaza was wiped out on 13 May 1948 in another savage attack. There the pregnant women were bayoneted in the womb, bodies of others atrociously mutilated and all the houses in the villages were finally dynamited.

Since then the Palestinians, driven out of their homes and lands,   linger    in the refugee camps. They still have the keys to their houses and the deeds to their lands now occupied by immigrant Jews.

There was widespread condemnation. In an article which appeared in The New York Review of Books I. F. Stone said: “There is a good deal of simplistic sophistry in the Zionist case. The whole earth would have to be reshuffled if claims 2,000 years old to ‘irredenta’ were suddenly to be allowed. Zionism from its beginning, tried to gain its aims by offering to serve as an outpost in the Arab world for one of the great empires.

Thus the Zionists Jews were the god fathers of terrorism to the Middle East.

However Begin later became prime minister of Israel, committed similar massacre at Sabra-Chatilla Palestinian refugees camps in Lebanon. However the power of Jews in United States and Europe has been such that Begin was awarded coveted Nobel Prize Peace.

Israel, blindly backed by United States, Britain, France, Russia and Arab tyrants including Saudi Arabia continue to brutalize Palestinians abandoned by the Arab tyrants and the champions of human rights in Washington, London, Paris and the United Nations. 8th April 2021 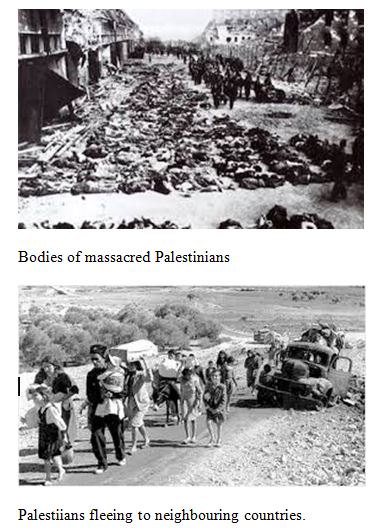 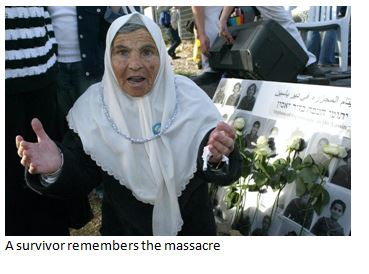 Disclaimer: Palestinians remember 1948 Deir Yassin Massacre By Latheef Farook - Views expressed by writers in this section are their own and do not necessarily reflect Latheefarook.com point-of-view