Cardinal Malclom Ranjith together with several bishops of the Catholic church in Sri Lanka in a letter addressed to President Gotabaya Rajapaksa has requested him to provide a credible answer to all the questions that the church has raised on Easter Sunday attacks and take action against those who are responsible for it within one month.

The letter signed by Cardinal Ranjith, Auxiliary bishops of  Colombo Rev J. D Anthony Jayakody, Anthon Ranjith, Maxwell Silba, bishop of Chillaw Valance Mendis, , Bishop Harlod Anthoney Perera, Raymond Wickramasinghe and few other priests said they will be forced to agitate for action through alternative means if their request is not met.

“We wish to inform you that if truth and justice cannot be assured in a satisfactory manner by the government and the issue is dealt with rather superficially, we will be forced  to agitate for such through alternative means. We hope you act on this urgently and provide a credible answer at least within one month of this appeal,” the letter signed by the bishops and the priests said.

In their letter cardinal, bishops and priests have requested that action should be taken against former President Maithripla Sirisena whom the presidential commission of inquiry had said there is a criminal liability in his part  and recommended criminal proceedings against him, former Prime Minister Ranil Wickremesinghe  whom the commission has said there is a serious act of reasonability for his soft approach on Islamic extremism, former Minister Rishad Bathiudeen , Riyaj Bathiudeen, Dr, Muhamed Zulyan Muhammed Zafras, Ahamed Thalith against whom the commission has recommended criminal procedures and bribery charges and certain n police officers, two officers attached to Attorney General’s Departmet and M. A. L. A M Hisbullah who had facilitated the spread of extremism in Kathankudi.

They have also urged the President to conduct fresh inquires to determine whereabouts of Sarah who said to have fled to India, to inquire and find out about the intelligence officer who had met Jameel who went to explode a bomb at Taj Samudra Hotel before he blew himself up in a lodge in Dehiwala, two determine who had got an intelligence officer who was arrested by DIG Shani Abeysekera stating ‘it was our project and t determine the who the person referred to as Sonic who had called the who had called the ISIS office asking them to accept the responsibility for the Easter Sunday attack. (Yohan Perera) 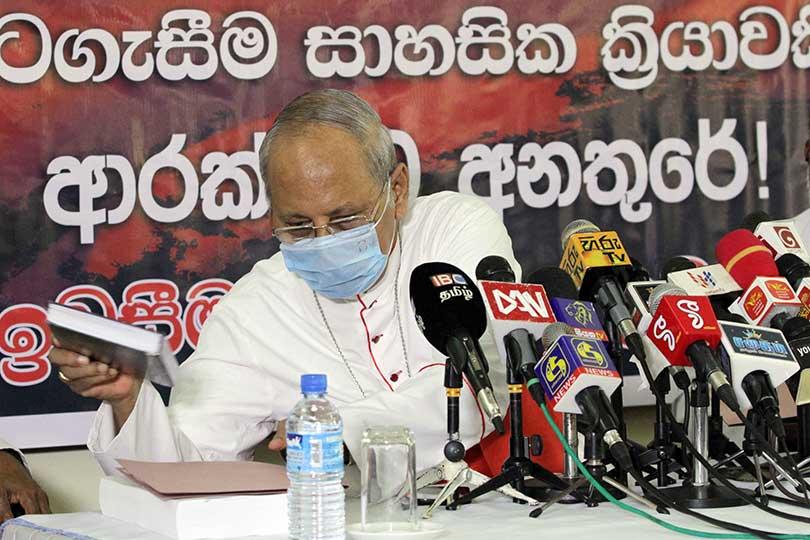 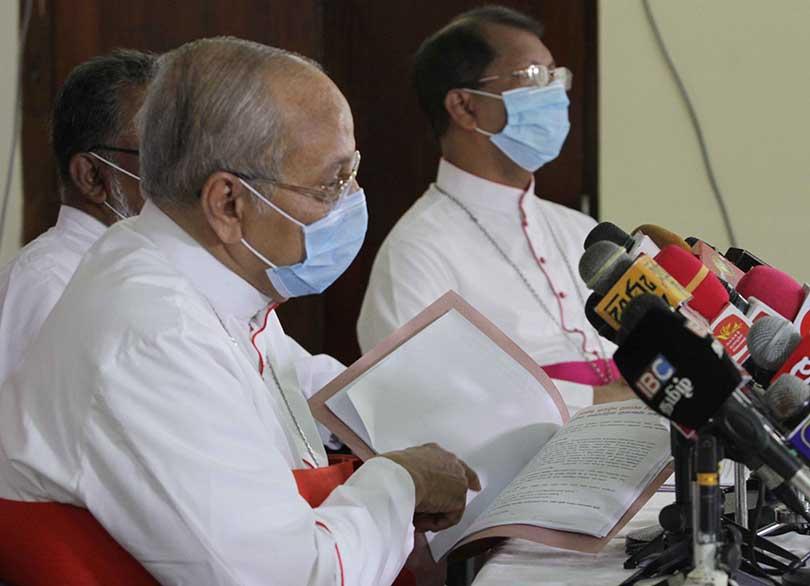 Disclaimer: Cardinal gives one month deadline to take action against Easter attack perpetrators - Views expressed by writers in this section are their own and do not necessarily reflect Latheefarook.com point-of-view