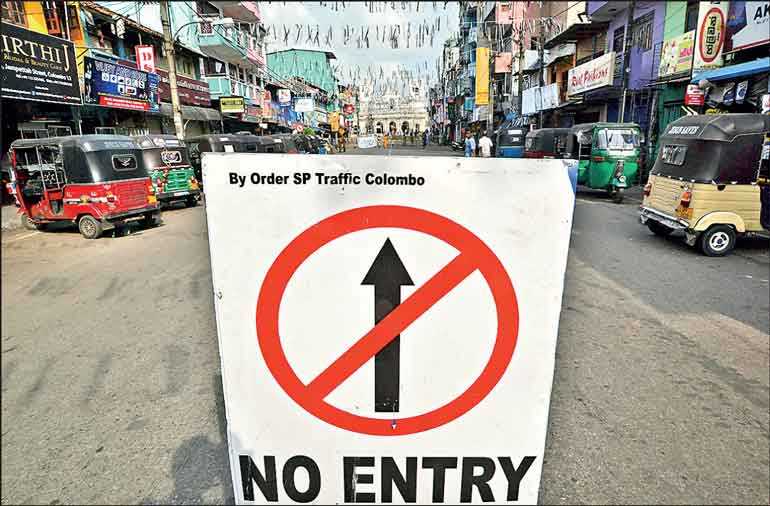 President Gotabaya Rajapaksa’s ‘Independence Day’ pledge not to allow “extremism to raise its head again in this country” and Prime Minister Mahinda Rajapaksa’s statement in Parliament in answer to a question raised by Colombo District Parliamentarian S.M. Marikkar to restore burials will be welcomed by all who wish for a quick economic recovery in this debt-burdened island.

However, the President’s reference to take into account the report of a committee of the previous defeated Parliament that made recommendations under 14 subjects, 90% of which targeted and sought to punish the entire Muslim community for the crimes of a dozen criminals, has come as a deep disappointment. Attempts to implement that controversial report could potentially multiply and not end extremism in the country.

The report arose from the 21/4 Easter Sunday attacks but the committee’s recommendations did not show any intelligent or logical links with the probable causes or the reasons that led to the terrorist attacks. That report did not give a single convincing reason for any of its 14 inputs. For instance one recommendation was the need to control electronic, print and social media but what has that got to do with the Easter Sunday attacks?

Another called for face masks to be banned, yes banned, allegedly for security reasons, though none of the 21/4 Easter Sunday suicide bombers wore face masks! Within a month of the 19 February 2020 dated report, wearing face masks was made compulsory for everyone including the authors of the report! That report also decried the right of women to wear burka and abaya, even though worn by much less than 1% of the country’s population. Today not a day passes without the electronic media news bulletins showing health personnel fully covered! No one has raised any “national security” concerns!

On 25 February 2020 several Sinhala and English print media carried front page headline news alleging that the Sectoral Oversight Committee findings had revealed that Islamic scholar Dr. Zakir Naik and theologian Jainul Abdeen, who were wrongfully labelled in the media report as “extremist preachers,” had visited Sri Lanka and conducted lectures here even after the Easter Sunday attacks. The reports attributed to the Oversight Committee were absolutely false. Neither of them had visited Sri Lanka after 21/4.

Implementation of the recommendations will push the Muslims into the hands of extremists and strengthen those looking to create conflicts and ethno-religious clashes. It will damage the growth and progress of the country beyond any immediate repair.

The President had also said in his speech: “Every citizen who lives in this country has equal rights. We reject any efforts to divide our citizens based on ethnic or religious reasons.” The oversight committee’s report will divide our citizens and create more extremist groups who will be exploited by external elements.

The report appears to have been rushed through and filed on 19 February 2020 in view of the then impending dissolution of Parliament. The President dissolved Parliament days later on 3 March 2020. Whether the report received the consideration of even its members appears doubtful.

Implementation of the recommendations will push the Muslims into the hands of extremists and strengthen those looking to create conflicts and ethno-religious clashes. It will damage the growth and progress of the country beyond any immediate repair.  AFP has reported to the world that in the east some Muslims have joined hands with the Tamils to protest amongst other matters the deprivation of the freedom to bury coronavirus-afflicted Muslims according to Islamic rites. International community too had given notice that forced cremations were violative of human rights and were to be taken up in the UN Human Rights Council in Geneva.

It must be reiterated that Muslims of Sri Lanka were the only community that stood in its entirety with the majority community against the division of the country. I have said this before. Former leaders like President Ranasinghe Premadasa and President Chandrika Bandaranaike Kumaratunga had made intelligent use of recent Muslim leaders like M.H.M. Ashroff and never distanced the Muslims from them. Rauff Hakeem who succeeded Ashroff did not come up to those expectations. The Muslims whose kith and kin were massacred by the LTTE and ethnically cleansed from the north felt let down miserably.

It must be noted that a firm alliance between the Tamils and Muslims of the east will help India to push for a merged North East Council. Muslims had resisted merger ever since the Vaddukodai resolution of 1976. The Government must take responsibility for pushing the Muslim community away from them to please an extremist few.

Many present-day Muslim politicians must also take a substantial share of the blame for the community’s current predicament. Implementation of the former Government’s Oversight Committee report will certainly push the Muslims further away into the hands of an Indian-backed merged NE Council, notwithstanding the 23 February visit of Pakistan Premier Imran Khan. India had good reasons to sponsor the Easter attacks, if we believe those who say so.

(The writer is a President’s Counsel and a former Member of Parliament. He can be reached at mm_ [email protected])

Disclaimer: Implementing oversight report of previous Parliament will be counterproductive - Views expressed by writers in this section are their own and do not necessarily reflect Latheefarook.com point-of-view