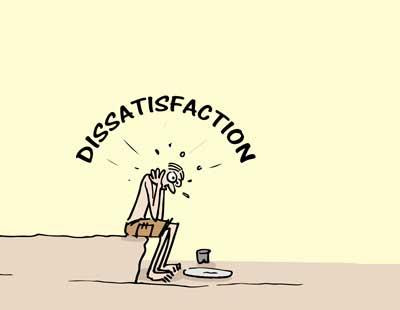 The Covid-19 pandemic has shaken the economies in countries the world over. Sri Lanka too has been shaken as the pandemic worsens and the numbers of those contracting the disease and the death rate rising rapidly.

Today we are witnessing a growing dissatisfaction in the government’s failure to take necessary measures to control what is becoming an apparent community spread. While during the initial stages of the pandemic, health authorities and the government were able to control the spread of the disease, but by relaxing the regulations in an effort to hold general elections, etc., the pandemic gradually worsened. As an earlier editorial in our paper mentioned more than 700 people are now falling victim to the pandemic on any given day.

Whether we like it or not the pandemic has now reached what is known as a community spread, and responsible members of professional medical bodies are admitting it to be so. But by burying our collective heads in the sand and denying what is happening and attempts to hold out spurious cures may distract people’s minds for a while, it will not hide the fact that numbers are rising nor will it help win the war against the pandemic.

The loss of jobs and incomes as a result of the pandemic has been severe. While workers in almost every sector have been affected, informal workers who make up around 70 per cent of the workforce, especially those in industries and services such as trade, have been the most affected. The apparel industry, which employs about half a million workers, has been reportedly forced to cut a significant number of jobs. Tourism, an emerging driver of jobs and growth in recent years, has been also hit hard.

According to a World Bank report some 890,000 more people have become newly poor and many of them from the poorest regions in the country. That poverty is increasing is therefore an undisputed fact. The government elected less than a year ago has not been able to lessen the burden on the growing numbers of poor.

For instance one of the major promises even President Gotabaya made was that he would increase the wages of estate workers — the less paid among the working class of the country – and that he would increase their daily wage to Rs.1,000. Although that promise was made last year, the wages of estate workers has not been raised! At the general election the governing SLPP made the same promise but that too remains unfulfilled.

While nearly 70 per cent of workers have effectively been laid off due to the coronavirus, large numbers of ordinary workers who have been ‘lucky’ enough to retain their jobs still continue receiving only 50 per cent of their wages, though the measure was supposed to be a temporary one. Not unexpectedly dissatisfaction with the government continues to grow.

Government’s agreement to sell our giant neighbour 49 per cent share of ‘investment’ in the East Container Terminal (ECT) in the Colombo Port continues to fester. Attempts by some members of the government hierarchy to split hairs via a play on words regarding the difference between ‘bringing in investment and selling national assets’, shows contempt of our people’s intelligence.

While we may or may not agree with the need for investment in important areas of our economic infrastructure, it is time politicians realise that though you can fool some of the people some of the time, you cannot fool all the people all of the time.

Another dangerous trend is the growing frustration, dissatisfaction and distrust expressed by ethnic and religious groups. Despite various committees looking into the problem of the cremation of bodies of Covid-19-affected persons, no satisfactory solution has as yet been found.

Again, there has been an inordinate delay in the investigation and prosecution of the perpetrators of the Easter Sunday bombings which resulted in more than 250 innocents lives lost. Although over a year-and-a-half have passed since the dastardly deed, as Cardinal Malcolm Ranjith emphasised recently, no one has been charged with the crime.

The ‘icing on the cake’ of growing dissatisfaction in the country so-to-speak, was the destruction of the monument to ‘victims of the terrorist war’, within the Jaffna campus. It is time the president and the government woke up to the realities facing the people and the country.  It is time to drop the promotion of shaman and follow the dictates of science regarding the coronavirus and all its fallouts including its ethnic and religious dimension and most importantly it’s time to alleviate the problems of the poor.  courtesy-Ceylon Daily Mirror

Disclaimer: Growing dissatisfaction in Lanka - Views expressed by writers in this section are their own and do not necessarily reflect Latheefarook.com point-of-view