PESHAWAR – Concerns are rising in Pakistan about the withdrawal of US and NATO troops from neighboring Afghanistan and the potential for a new fierce civil war to spill over its borders into already volatile tribal frontier areas.

Reports indicate Washington wants Islamabad to goad the Taliban into a political settlement with the incumbent Ashraf Ghani government in Kabul in the post-withdrawal period, a forced marriage the Taliban has so far refused.

It’s not clear to most analysts, however, that Pakistan has sufficient sway over the Taliban to accomplish what rounds of ineffectual talks between the two sides at Doha, Qatar, have so far failed to achieve.

Pakistan is now publicly opposed to the US’s September 11 timeline for complete withdrawal and made clear that it will not accept the blame if Afghanistan tilts towards complete chaos in the withdrawal’s aftermath.

Islamabad has said it is willing to drop its decades-long policy of “strategic depth”, a military doctrine in which Pakistan uses Afghanistan as an instrument of strategic security in ongoing tensions with India by attempting to control it as a pawn for its own political purposes.

Prime Minister Imran Khan’s military-influenced government has indicated its willingness to deal with any government chosen by the people of Afghanistan, a message aimed to show it has no hidden interest in causing conflict and mayhem after US troops quit the country.

Asfandyar Mir, a scholar at Stanford University who specializes in South Asian security affairs, told Asia Times that America’s message to Pakistan was both “approving and demanding.” 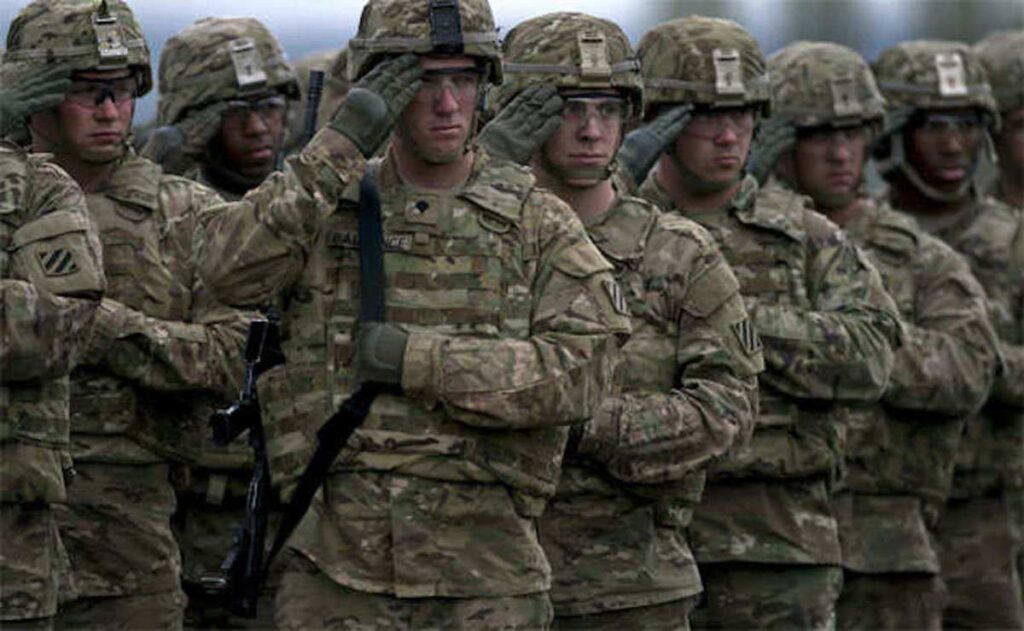 Speculation is running rife that US may seek a new basing agreement with Pakistan as it prepares to withdraw troops from Afghanistan. Image: Agencies

While Washington reportedly appreciated Pakistan’s facilitation of the Taliban’s agreement to the February 2020 Doha deal – the pact that facilitated the US troops withdrawal in exchange for Taliban reciprocal commitments – the US has also made clear that the future of US-Pakistan relations depends on the ultimate outcome of the peace process.

“I think the US government is telling Pakistan that if the Taliban militarily rush to Kabul and or there is a terrorist attack in the West, Pakistan will be held responsible,” Mir maintained.

The academic said that the situation in Afghanistan remains dire, and that America’s departure will trigger political realignments that will make civil war more, not less, likely.

Mir added that the lack of unity in Afghanistan means the Taliban does not face any significant domestic political pressure to negotiate with Ghani’s government.

Pakistan has approached both Kabul and Beijing under the auspices of China–Afghanistan–Pakistan Foreign Minister’s Dialogue to prepare a joint regional strategy to deal with the post-US situation. Pakistan fears that if no settlement is reached before the final drawdown, which is now accelerating at a faster than anticipated pace, the situation in Afghanistan may quickly turn more violent.

That, in turn, could revive militant outfits that could seek to sow instability in the wider Central Asian region, including in China’s far-flung Xinjiang region, where it stands accused of persecution of its Muslim Uighur minority.

Chief among them is the Uighur-led East Turkestan Islamic Movement (ETIM), which operates in the border areas of Afghanistan, Tajikistan and China and seeks to create an independent state known as East Turkestan in Xinjiang.

ETIM, which draws support from the Taliban, has launched various terror attacks in China over the years. US forces attacked ETIM networks in Afghanistan as late as 2018. China has said fighting ETIM is a “core counterterrorism concern.” 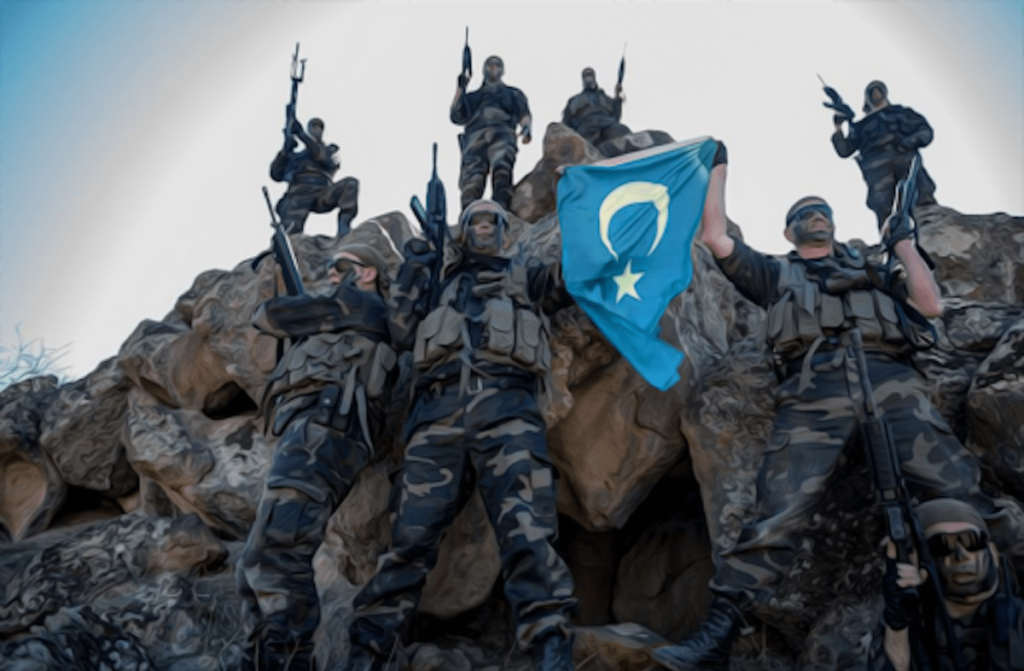 “Beijing also suspects the US could buy the loyalty of some Taliban mercenaries and use them against alleged religious persecution in Xinjiang,” Achakzai claimed. “Instability and civil war in Afghanistan will push the prospects of Afghan mineral resources and connectivity of the Belt and Road Initiative (BRI) further away,” he said.

Other analysts believe China favors a transitional Taliban-Ghani government until general elections can be held and a new coalition government is installed as the best path to stability, a formula the US has also promoted that is not clearly on the cards.

Pakistan’s Foreign Minister Shah Mahmood Qureshi perhaps spoke the obvious earlier this month at a multinational forum when he said that the peace, prosperity and economic development of neighboring countries were interlinked.

“The US and NATO forces have already started the withdrawal of troops from Afghanistan. This has important implications,” he said. Foreign Minister of China Wang Yi and Afghanistan Foreign Minister Muhammad Haneef Atmar also participated in the session.

Last month, the US assured Pakistan during a meeting between their national security advisors in Geneva that Washington would stand by Islamabad in case its troop withdrawal acts to destabilize the region.

The two sides are reportedly in preliminary talks to allow the US to resume use of Pakistan bases for counterterrorism purposes. Islamabad has not allowed the US access to its military bases for several years as bilateral relations ground down over issues of mistrust.

The notion that Pakistan may allow the US to “re-base” in Pakistan after departing Afghanistan is likely to weaken Islamabad’s leverage vis-à-vis the Taliban.

Taliban co-founder Mullah Abdul Ghani Baradar (center) and other members of the Taliban arrive to attend an international conference in Moscow on March 18, 2021. Photo: Alexander Zemlianichenko / AFP
“I am ambivalent about Pakistan exercising its leverage on the Afghan Taliban to convince them on negotiations, though I hear from all sides that the Pakistani leadership is insistent that it doesn’t want the Taliban to militarily take Afghanistan,” he added.

Pakistan Prime Minister Khan said earlier this month that the lack of a political settlement in Afghanistan would have implications for the entire region. “There is a lot of fear right now in Pakistan and I assure you that we are trying our level best that there is some sort of political settlement before the Americans leave,” Khan told the media at his residence at Islamabad.

Achakzai said that Pakistan is particularly concerned that intensified unrest and war in Afghanistan will spark a new exodus of refugees across its border, which the country is ill-equipped to absorb due to deep economic and health problems.

Pakistan, he said, was also worried about a spillover of terrorism, renewed instability on its border, doomed prospects for connectivity schemes to Central Asia and the advent of a new zero-sum geopolitical game with India and Iran through proxy warfare.

Disclaimer: Wider war fears as US troops quit Afghanistan By FM SHAKIL - Views expressed by writers in this section are their own and do not necessarily reflect Latheefarook.com point-of-view