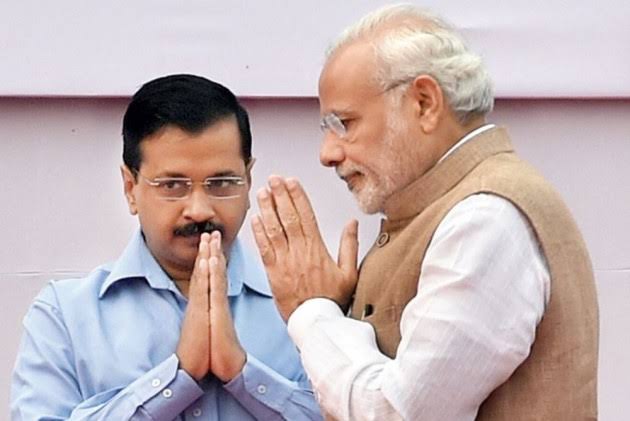 Counterview Desk
In an open statement, a group of former civil servants of the all-India and Central services, who have worked for decades with the Central and State governments, have said that the Government of National Capital Territory of Delhi (Amndment) Act, 2021, is not only “bad in law”, it also “deprives Delhi’s citizens of the right to govern themselves in matters such as health, education, water, power, electric supply and roads.”
Stating that “there is no justification to concentrate all powers of governance in the Union Government merely because Delhi is the country’s capital”, the Constitutional Conduct Group, which claims to have “no affiliation with any political party” but are “committed” to the Constitution, said, “This move will not only paralyse governance in Delhi, much to the detriment of public interest, but also have grave repercussions on how federal governance is carried out in India.”

In India’s democracy, we have adopted a republican structure and the Westminster model, in which the Governor is a titular head, acting on the aid and advice of the Council of Ministers. This constitutionally mandated structure has been repeatedly upheld and endorsed by the Honourable Supreme Court.
That the legislature is supreme within its functional powers is a cardinal federal principle. Elected representatives link the will of the people with that of the Government, regardless of whether citizens live in a State or a Union Territory.

The demand for full Statehood for Delhi has been consistently championed by all political parties, even though it is a National Capital Territory that may necessitate differential treatment. That led to the insertion of Article 239 AA into the Constitution of India, establishing an elected legislature for Delhi. Ambiguities in the interpretation of Article 239 AA have been clarified by the Honourable Supreme Court in its Constitution Bench judgment of 4th July 2018 (Govt. Of NCT of Delhi vs. Union of India)

The opening lines of Article 239 AA states, “The Council of Ministers shall be collectively responsible to the Legislative Assembly.” Interpreting the scope of this provision, the Honourable Supreme Court ruled that “the Lieutenant Governor has not been entrusted with any independent decision making power. He has to either act on the ‘aid and advice’ of the Council of Ministers or he is bound to implement the decision taken by the President on a reference being made by him” (Para 277).
However, the recently enacted GNCTD (Amendment) Act 2021, strikes at the root of these principles and renders null the democratic right of the citizens of Delhi.
The Statements and Objectives of the Act states:
“It further seeks to ensure that the Lieutenant Governor is necessarily granted an opportunity to exercise the power entrusted to him under proviso to clause (4) of article 239AA of the Constitution, in select category of cases and also to make rules in matters which incidentally encroach upon matters falling outside the purview of the Legislative Assembly.”

First, a new sub-section has been added to Section 21 of the GNCTD Act, changing the definition of the ‘Government’ to mean the ‘Lieutenant Governor.’ This provision appears to have turned parliamentary democracy on its head.

Second, Section 33 of the act, which relates to “conduct of its business” states that the State legislature can enact rules “which shall not be inconsistent with the Rules of Procedure and Conduct of Business in the House of the People”. All State legislatures have the right to frame their own rules; indeed, the rules of the Delhi Assembly are nearly identical with those of the UP Assembly. Even the Lok Sabha and Rajya Sabha Rules are not identical. 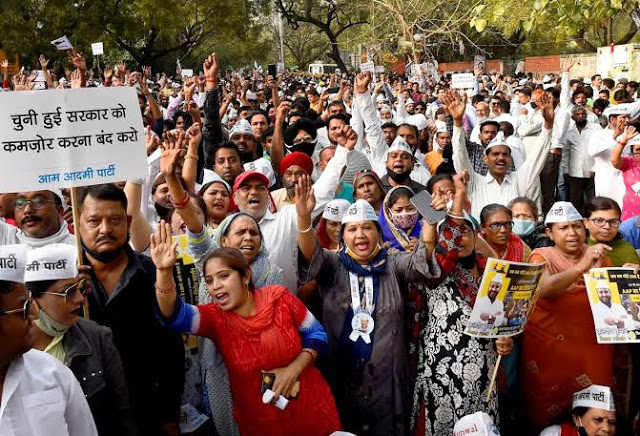 Third, Section 44 of the Act now states that before taking any executive action, the elected government shall have to take prior permission of the Lieutenant Governor, even in matters in which the Assembly has the right to make laws. This is in direct contravention of the Supreme Court’s judgment, where it stated:
“A conjoint reading of clauses (3) (a) and (4) of Article 239AA, divulges that the executive power of the Government of NCTD is co-extensive with the legislative power of the Delhi Legislative Assembly and accordingly, the executive power of the Council of Ministers of Delhi spans over all subjects in the Concurrent list and all, but three excluded subjects, in the State List.” (para 277(XV)).

By curtailing the powers of the Delhi Assembly and subordinating the executive power of the elected government to the Lieutenant Governor, Parliament has negated the provisions of Article 239 AA of the Constitution without amending the Constitution, but merely through amendments to the GNCTD Act.
This is an unfortunate move and bad in law. It deprives Delhi’s citizens of the right to govern themselves in matters such as health, education, water, power, electric supply and roads. There is no justification to concentrate all powers of governance in the Union Government merely because Delhi is the country’s capital. This move will not only paralyse governance in Delhi, much to the detriment of public interest, but also have grave repercussions on how federal governance is carried out in India.

We are deeply concerned that Parliament should pass a law which appears to make a mockery of constitutional provisions and their interpretation by the Supreme Court. We recognise that the same strategy of ramming through changes in law, with no consultation with the legislature or discussion with other political parties, was gone through when Article 370 was abrogated with respect to Jammu and Kashmir.
We fear that a pattern is being established by which similar strategies could be adopted to destroy the federal principles on the basis of which India’s governance has been structured. The dangers of unilateral decision-making to establish a culture of unitary politics will put federal democracy in danger. This would violate the basic structure of the Constitution.

We sincerely hope that the Honourable Supreme Court, taking note of the fact that this law violates their own order, will declare it unconstitutional and restore the status quo ante.

Disclaimer: Federalism in danger? Law 'paralyses' Delhi governance, follows abrogation of Article 370 - Views expressed by writers in this section are their own and do not necessarily reflect Latheefarook.com point-of-view