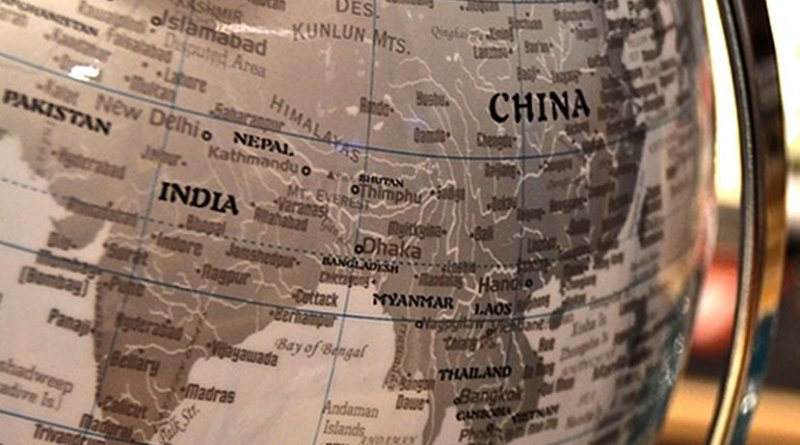 South Asia is a region known to be resilient to all kinds of external pressures and perforations. It is rather the internal tensions amongst the regional states that oscillate the region from stability to instability and vice versa. However, this time the resilience is being severely tested.

However, India has become the epicenter of the global outbreak of the Corona Virus. It hit a new record of 3,689 deaths on Saturday due to the virus. Moreover, the number of new cases also hit a record of 392,448, with the highest number reported in Maharashtra (with the total reported in that state crossing 4.5 million). According to New York Times, “Vaccines are running short. Hospitals are swamped. Lifesaving oxygen is running out. Each day, cremation grounds burn thousands of bodies.”

The situation in India is tragic. Protests have erupted outside hospitals, with people scrambling to get oxygen for their loved ones; and blaming the medical authorities when they fail to secure it. Karnataka, a state in India’s South, has been particularly badly affected. The total number of cases there has crossed 20 million.

The Modi government has also faced challenges on the political front as it courted defeat in West Bengal. Mamata Banerjee’s Trinamool Congress party (T.M.C) won a two-thirds majority (taking over 200 seats in a 294 state assembly). Thereby putting her in line to become the Chief Minister for the third time. Kerala, a traditional non-B.J.P state also went towards the left wing.

The general populace in India is in distress, and they have voiced it vociferously. The Modi government is largely to blame. Super-spreader politico-religious events (read: Kumbh Mela), political rallies held by none other than the Home Minister and ex-president of Modi’s Bhartya Janata Party (B.J.P), Amit Shah and instigating farmers protest by forwarding unpopular reforms, all contributed to the mishandling of the pandemic by the B.J.P government, a mishandling that has led to the current catastrophe in the country. In early April, the Uttarkhand government permitted the general populace to attend the Kumbh Mela (where millions of devotees stood shoulder to shoulder without any face masks), thereby dismissing the all-around deteriorating Corona situation in the country. It showed dismally that the world’s largest vaccine producer has run late and short of its target.

India’s Eastern neighbour is also in a mess, but of a different kind. Myanmar’s military coup in February has undercut the delicate balance in the country and set it on a path to civil war. The militia groups fighting the country and pro-democracy protestors have combined forces to take on the military junta. However, the Tatmadaw has stood firm and looks to defend the coup resolutely. This firmness is despite the fact that religious leaders from all shades have come out in opposition. More than a thousand innocent lives have been lost since the military imposed the coup. However, the Tatmadaw is unhinging despite the mass level street protests.

However, Pakistan’s position and policies during the pandemic have been more calculated and mature as the country has imposed a smart lockdown in large cities. Pakistan closed off its borders with Iran and Afghanistan after the novel outbreak. The country is using this approach in order to secure its populace (under the guidance of the National Command and Control (“N.C.O.C”) center, headed by the Federal Minister of Planning Asad Umar and an Army three-star general). According to common understanding, the last outbreak was started through the Zaireen (religious pilgrims) returningfrom their holy pilgrimage. However, the next variant is likely to come from India. Moreover, Britain has been another source that has given Pakistan a novel kind of variant, brought forth by the large Pakistani diaspora settled in the British Isles. The irony lies in the fact that even though a new kind of mutated variant was being seen coming from Britain, however, it was from Pakistan that Britain banned travel initially.

Moreover, during the pandemic, Indian has also been slammed for its Human Rights violations. The state of Jammu & Kashmir faces a double lockdown. First is the military lockdown by the Indian state. The second is the pandemic induced lockdown. The population of the Kashmir valley has seen no respite despite India’s rocky domestic situation.

The Indian economy is also in a nosedive. According to Moody’s, it contracted by about 9%, one of the highest economic contraction in the world, even by the pandemic depression standards. Unfortunately, this trend is likely to continue for this year as well. The same agency predicted a rebound growth of around 8%. However, that was before the onset of the calamitous second wave. It remains to be seen that how bad the second wave is likely to hamper the economic prospects of the world’s second-most populous nation.

The precarious situation in Jammu & Kashmir is causing regional instability and leading to daggers drawn between the two South Asian neighbors. The February 2019 skirmish amongst the two rivals indicated the inherent belligerence present, one that could spiral out of control at any time. Indian hostility is such that even the chance of importing liquid oxygen from Pakistan, to save CoVID-19 patients was denied to the provincial Punjab government. The Punjab Chief Minister Amarinder Singh reported that his request for emergency medical supplied was turned down by the Center.

There is likely to be increased hostility as the two South Asian neighbors continue to be embroiled in cross-border skirmishes and increased violations occur on the line of control (L.O.C). The thaw that was anticipated after back-channel diplomacy is looking to fade away. It took a couple of years for a kind of semblance to prevail amongst the two neighbors; however, that is proving to be fleeting.

In conclusion, the South Asian region remains in flux, one that is of a negative kind. The only simmer of hope is the proposed American withdrawal from Afghanistan and a hopeful return to normalcy in that country after more than forty years of war. However, that is also only an optimistic plank, which can fall into the abyss by the slightest distortion. However, God willing, it does not even though the more robust planks seem to be falling on Pakistan’s East.

*Omer Aamir is a Researcher for Security & Legal Affairs at Center for Aerospace and Security Studies (CASS). He has done B.A LL.B (Hons) from Lahore University of Management Sciences (LUMS).

Disclaimer: South Asia’s Testing Moment – OpEd By Omer Aamir* - Views expressed by writers in this section are their own and do not necessarily reflect Latheefarook.com point-of-view