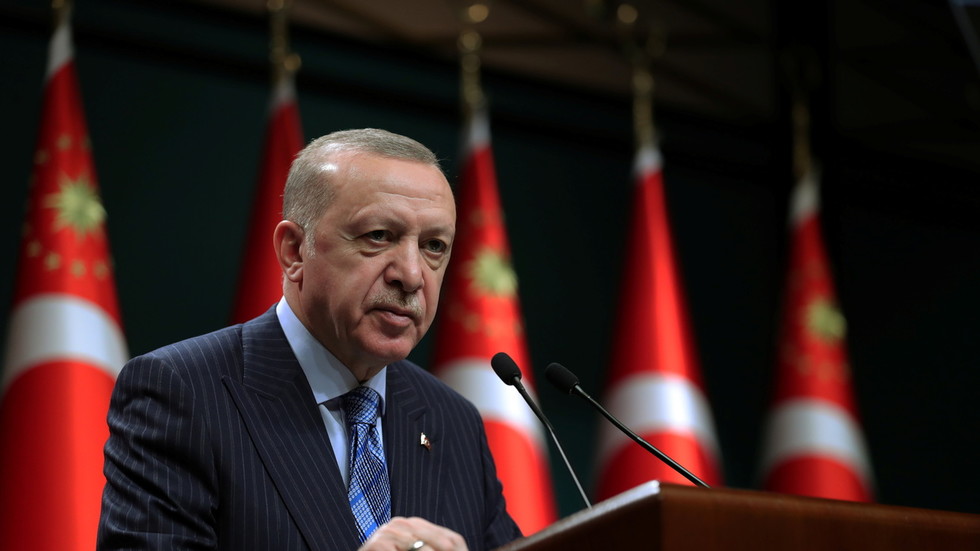 Turkish President Tayyip Erdogan gives a statement after a cabinet meeting in Ankara, Turkey on May 17, 2021. © Murat Cetinmuhurdar/PPO/Handout via REUTERS

Turkish President Recep Tayyip Erdogan has launched a blistering attack on his US counterpart Joe Biden’s alleged support for ongoing Israeli attacks on Gaza amid reports of a large new arms deal between Washington and Tel Aviv.

Erdogan’s criticism of Biden came after unconfirmed reports by the Washington Post on Monday that the US president’s administration has approved a $735 million arms deal with Israel.

“Today we saw Biden’s signature on weapons sales to Israel,” the Turkish leader said after chairing a cabinet meeting.

“Mr. Biden, you have sided with the Armenians on the so-called Armenian Genocide. Now you are, unfortunately, writing history with blood on your hands in this incident that led to a seriously out-of-proportion attack in Gaza,” he added.

ALSO ON RT.COMTurkey’s Erdogan asks Pope to help end ‘massacre’ of Palestinians, calls for international sanctions against IsraelLast month, Erdogan hit out at Biden for his decision to recognize the 1915 Armenian Genocide by the Ottoman Empire.

The Turkish leader’s comments on Monday mark his latest condemnation of the situation in Gaza, which has been bombarded by Israeli airstrikes for a week.

Erdogan branded the Israeli military attacks against the Palestinian enclave a “massacre” and dubbed Israel a “terrorist” country.

ALSO ON RT.COM‘Terrorist state’ Israel must be stopped, Turkish President Erdogan says, adding it has ‘crossed all limits’Israel began striking Gaza last week after Palestinian militant group Hamas fired rockets toward Israeli cities in response to the forced evictions of Palestinian families in East Jerusalem and police aggression toward Muslims at the city’s Al-Aqsa Mosque.

Biden has said he hopes to see an end to the violence between the opposing sides, but has said that “Israel has a right to defend itself.”

Disclaimer: ‘Blood on your hands’: Turkey's Erdogan attacks Biden over alleged Israeli arms deal amid ongoing Gaza strikes - Views expressed by writers in this section are their own and do not necessarily reflect Latheefarook.com point-of-view