Epigraph: Despite the narrative handed down by generations of historians, “Columbus’s life simply cannot be understood without taking Islam into account” (Mikhail, p. 90).

What follows is taken from God’s Shadow: The Ottoman Sultan Who Shaped the Modern World by Alan Mikhail, Professor and chair of the Department of History at Yale University. Page reference is to this (Faber, 2020) publication. Professor Mikhail’s subject is the Ottoman Empire and Salem, (1470-1520), “the ruler of the world’s largest empire, sultan and caliph, God’s shadow on earth” (p. 353); grandson of Mehmet 11 who took Byzantine Constantinople in 1453, thereby sending shock waves through the Christian West. However, my focus here is on Christopher Columbus (1451-1506), born in the same year as his patroness, Queen Isabella of Spain, both of whom saw themselves as Matamoros, “slayers of Moors”, with “Moors” standing for all Muslims.

“Whether politicians, pundits and traditional historians like it or not, the world we inhabit is very much an Ottoman one” (p. 12) – I may add: If not directly, then indirectly. The word “Ottoman” is traced back to Osman (died 1320s) who led a loosely bound tribal group. “Every sultan down to the twentieth century” was a blood descendant of Osman (p. 6). Until it expanded into Muslim countries, the Ottoman Empire ruled more non-Muslims than Muslims. One factor leading to their success was that they were pluralistic, allowing minority entities maximum freedom possible: an accommodation particularly extended to Jews and Christians. Thessaloniki under the Ottomans was the largest Jewish city in the world (p. 166). The Ottoman political thinking was of a circle composed of four equally important parts: There’s no power without an army; no army without payment; no payment without prosperity; no prosperity without justice and good administration. 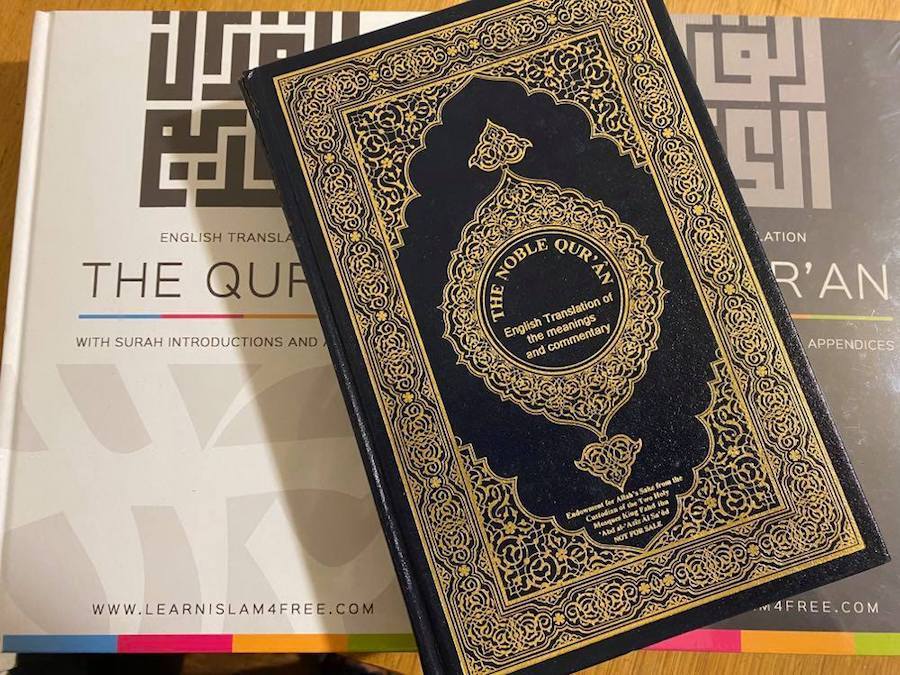 Alan Mikhail points out that Columbus lived at a time when the greatest menace to the Roman Catholic West was thought to be Islam, a greater danger than that posed by Martin Luther (1483-1546) and the Reformation. Luther argued that it was the moral depravity of Pope Leo X that enabled Islam to spread round the world (p. 371). He attacked the sale of indulgences whereby one could literally buy forgiveness and win God’s blessings – not only for oneself but for the dead: as the friar Johann Tetzel pithily expressed it, “as soon as the coin in the coffer rings, the soul from purgatory springs” (p. 375). Money, not goodness, purchased entry to heaven.  An example of the indirect influence of Muslims is that the ‘sale of indulgences’ originated from Christian priests guaranteeing, in advance, absolution from all sin to Crusaders  in the event that they died while fighting for the liberation of Jerusalem (p. 375).

For Luther, Christians themselves, and not Muslims, were Christianity’s true problem, and the way was not to fight the Muslims but to struggle against Christianity’s own sins (p. 377). One is reminded of Islam’s Jihad or the saying of the Buddha: Greater in battle than the man who would conquer a thousand men, is he who would conquer just one — himself. Better to conquer yourself than others. When you’ve trained yourself, living in constant self-control, nothing can turn that triumph back into defeat. And Jesus admonishes that we must first ‘heal’ ourselves            (figuratively) before setting out to ‘heal’ others (Luke, 4:16.) Obsessed with the war against Muslims, the destruction of Luther was postponed: ironically, the safety of the Protestant Reformation depended upon the strength of the Turkish armies (p. 373).

Returning to Columbus, the First Crusade against Muslims set out in 1096, to be followed by others: Columbus, we remind ourselves, was born in 1451. Growing up in Genoa, the boy Columbus would run to the docks to wave off men departing for Jerusalem. In short, Columbus grew up “steeped” in the rhetoric of the Crusades. At the age of thirteen, he was apprenticed as a sailor. Years later, he took part in the siege of Granada which Mohammad X11, the last Muslim ruler of Spain, surrendered on 2 January 1492. Legend has it that when Mohammad turned to take a last look at his beloved city (exquisite even today) his mother said: Yes, weep like a woman over a city you failed to defend as a man. About six months later (3 August, 1492), supported by Isabella, Columbus set sail on his voyage, perhaps the most momentous in human history.

“As every schoolchild learns, Columbus set sail with India on his mind’s horizon. Rarely, though, do schoolchildren learn why Columbus sought to cross the Atlantic” (p. 386). A common, if vague, explanation is that he was a Renaissance man, fired by the spirit of inquiry and adventure: disinterested (as distinct from uninterested) and secular. But Columbus sailed “imbued with a zeal for waging Christianity’s war against its foremost enemy – Islam” (p. 2). His was not some “secular Western march of progress”: Columbus sailed West on Crusade (p. 124). In order to capture Jerusalem (part of the destruction of Islam), he headed West, bypassing the Ottomans altogether (p. 102).

Columbus believed, like many others, that there was a Grand Khan in the East who was a Christian. The Ottomans controlled the Mediterranean but if by sailing west, this Khan could be contacted and his help enlisted, then Jerusalem and Islam could be attacked from both sides. Columbus also believed in the existence of the Seven Cities of Cibola and their “vast repository of gold that could fund the holy army needed to retake Jerusalem”. According to this belief, when the Muslims first seized Spain in  711, seven bishops and their followers escaped and built on an island    seven cities fashioned entirely of gold (p. 95). This island was thought to be somewhere in the West, and the failure to find it, rather than destroying the fantasy, “only served to fuel hopes even more” (p. 96). Columbus set sail determined to find it and, with that wealth, fight Islam.

His obsession with Muslims led Columbus to identify Taino weapons as    “alfanjes”, derived from Arabic for “a curved metal scimitar inscribed with Qur’anic verses” (p. 131) – even though the Taino had no iron and knew nothing about the Qur’an! (The Taíno were the most numerous indigenous people of the Caribbean, inhabitng what are now Cuba, Jamaica, Haiti, the Dominican Republic, Puerto Rico, and the Virgin Island. By 1550, they were close to extinction.) The scarves of a group of indigenous women were compared to Moorish sashes, and offered as evidence of contact between “Asia” and Spain. Decades later, Herman Cortes wrote that the Aztecs wore Moorish (Muslim) robes, and that Aztec females resembled Muslim women (p. 131). Crusader Columbus spent his final years compiling a book about a Spanish messianic figure, one who would defeat Islam and convert the whole world to Christianity (p.138).

Muslim power led to other entirely unintended consequences. As a result of Columbus’s discovery, 90% of the native population died: never before in world history has genocide occurred on such a scale (p. 163). Then there was the appalling cruelty of the slave trade. In 1452, Pope Nicholas V issued a papal bull giving Portugal the right to enslave Muslims: “the first legal basis for the European enslavement of Africans” (p. 108). North and West Africa was Muslim, so slaves abducted from this region were Muslim. “Muslims led the first ever revolt against    European slavery in the Americas” (p. 153). America was founded on violence, expropriation and genocide. As for the present, Professor Mikhail points out that, since “9/11”, white nationalists, most of whom are Christian, have unleashed far more terrorist violence in the USA than Muslims. It’s the USA which has invaded Muslim countries, and not the other way round: see pages 394 and 395.

In short, Professor Mikhail claims that “If we do not place Islam at the centre of our grasp of world history” (p. 12), we will “miss major features of our shared past”. The popular narrative about Columbus doesn’t mention Islam at all. In contrast, Prof Mikhail argues it had everything to do with that religion and its followers .His book offers a challenging perspective, and adds to our awareness.

Disclaimer: Christopher Columbus & Islam By Charles Ponnuthurai Sarvan – - Views expressed by writers in this section are their own and do not necessarily reflect Latheefarook.com point-of-view