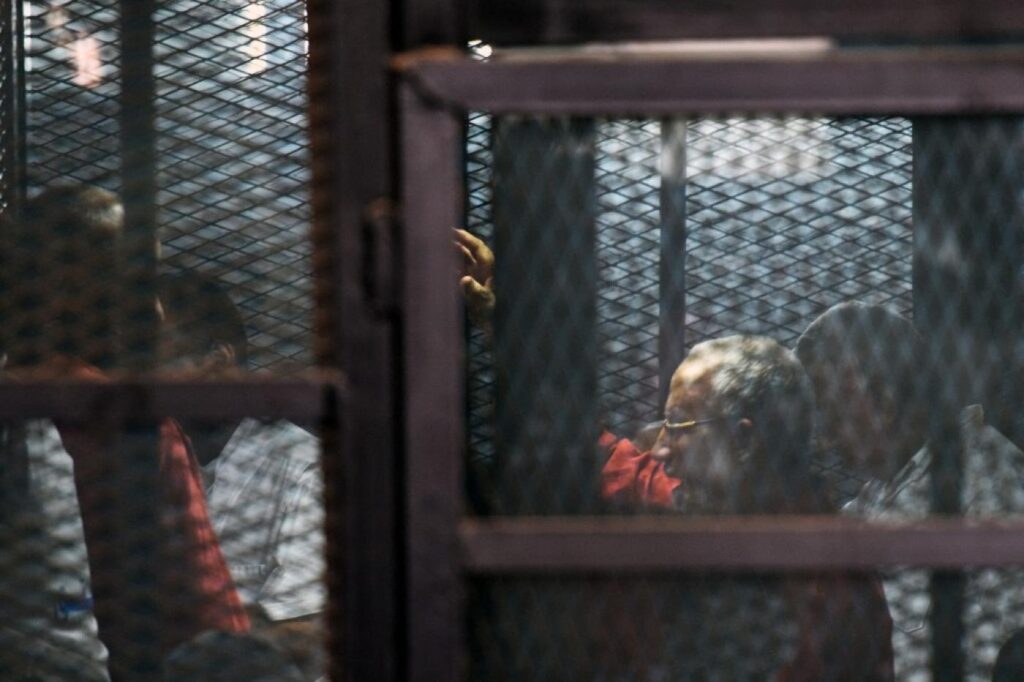 A group of expatriate Egyptian politicians and political activists are urging the US, UN and multinational bodies in Europe and Africa to pressure the Egyptian government to stop the execution of a dozen members of the Muslim Brotherhood.

The Egyptian National Action Group (ENAG), a group of exiled politicians, sent a letter to US Secretary of State Antony Blinken, UN Secretary-General Antonio Guterres and Josep Borrell, the high representative of the European Union for foreign affairs and security policy, calling on them to intervene in the case.

“It is your moral duty to use of your influence as the European Union’s High Representative to prevent [President Abdel Fattah] el-Sisi’s regime from using the death penalty and life imprisonment against political dissidents,” read the letter, sent by former Egyptian presidential candidate Ayman Nour and Egypt’s ex-investment minister Yehia Hamed.

Meanwhile, members of the Muslim Brotherhood’s Freedom and Justice Party (FJP) sent a letter to the African Commission on Human and Peoples’ Rights, urging the continental body to also intervene.

The letter requested “urgent action by the African Commission to avoid irreparable harm to the individuals’ rights under the African Charter, particularly the right to life and integrity of person”.

“It is submitted that the 12 individuals are at risk of imminent execution, and therefore irreparable violation to their fundamental right to life and to human dignity, and that urgent action by the African Commission is required to avoid irreparable harm to the individuals’ rights.”

The FJP argues that, with Egypt being a member of the African Union and its human rights commission, the body has jurisdiction to involve itself in the case and stop the executions.

“We have asked the African Commission to intervene in the executions as there is no further appeal available for our clients in Egypt,” said Tayab Ali, a partner at Bindmans LLP, a law firm representing the FJP.

“The African Commission presents the twelve men’s final hope for a reprieve.”

Earlier this week, an Egyptian court upheld the death sentences of the 12 Muslim Brotherhood members, including senior leaders Mohamed el-Beltagy and Safwat Hegazy.

A judicial source said the court had reduced the sentences of 31 others to life in prison and the rulings were final and could not be appealed.

The court’s decision put an end to a mass trial involving more than 700 defendants who were charged with being involved in a 2013 sit-in protest against the ousting of Egypt’s first democratically elected president, Mohamed Morsi.

The Muslim Brotherhood held power for nearly a year under Morsi’s leadership before he was ousted by a coup in 2013.

Morsi died of a heart attack during a court session in June 2019. UN experts said the conditions in which he was held may amount to a state-sanctioned killing.

The crackdown by Egyptian security forces on the sit-in at Rabaa al-Adawiya Square on 14 August 2013, was described by Human Rights Watch (HRW) as the “worst single-day killing of protesters in modern history”, as more than 800 people were killed.

Amnesty International previously described the trial as “shameful” and “grossly unfair”, adding that the death sentences cast a “dark shadow over the country’s entire justice system”.

HRW said in 2014 that the trial “failed to assess the individual guilt of each defendant, yet resulted in lengthy sentences or even the death penalty”.

In 2020, the number of executions in Egypt tripled from the year before, making the country the third-most frequent executioner after China and Iran.

Disclaimer: US, UN and European Union urged to intervene in planned executions in Egypt - Views expressed by writers in this section are their own and do not necessarily reflect Latheefarook.com point-of-view