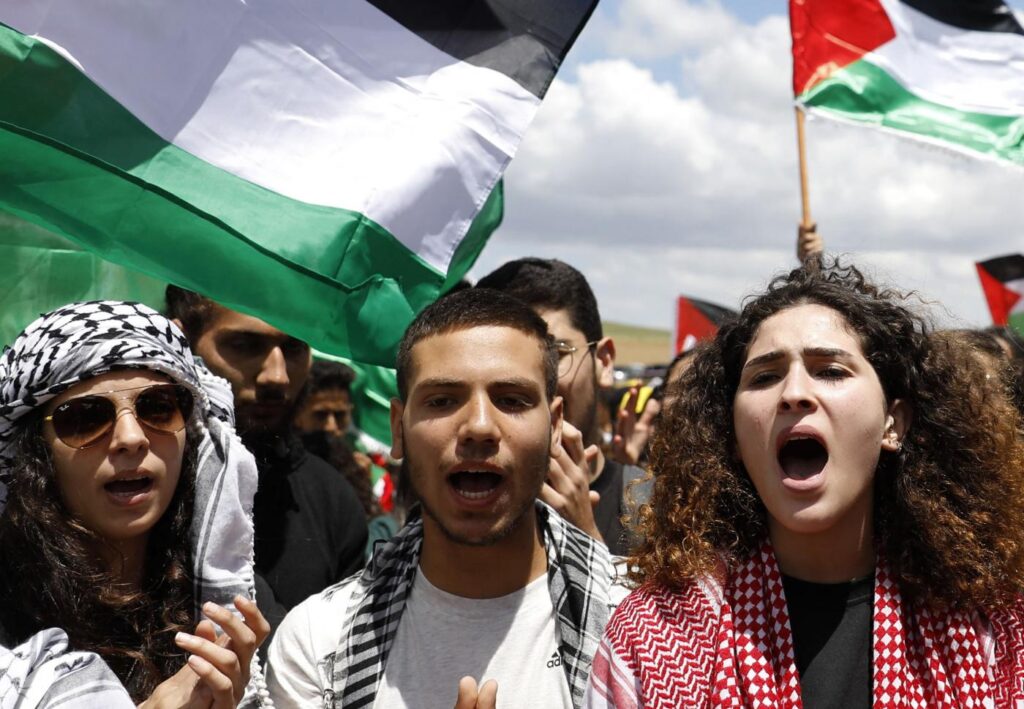 Last Friday, hours after a ceasefire went into effect between Israel and Hamas, ending 11 days of hostilities that killed more than 260 Palestinians and wrecked swaths of Gaza, the Old City of Acre on Israel’s northern coast tentatively reopened to visitors.

For the best part of two weeks, this Palestinian ghetto trapped inside a much larger modern Jewish city of the same name had been the scene of what the Israeli media termed “riots”. It had been effectively declared a no-go zone by the police.

As in other Palestinian communities across Israel, youths in Acre erupted in angry protest earlier this month, incensed by scenes of Israeli brutality in occupied Jerusalem and devastating missile strikes on Gaza that only underscored their own experience of marginalisation and systematic mistreatment inside a Jewish state.

Today, these 1.8 million Palestinians mostly live in strictly segregated towns and villages, citizens in little more than name only

A new generation of Palestinian citizens of Israel – globally connected through social media – appeared to be at breaking point, crying out for equality, an end to their collective humiliation and the demonisation of their Palestinian identity by Jewish compatriots.

Israeli police responded swiftly and fiercely, even when most of the protests inside Palestinian communities were non-violent. Paramilitary border police more usually deployed in the occupied territories were called in to bolster the regular police.

The Haaretz daily reported this week a police source stating that their forces had used more stun grenades inside Israel in the past two weeks than in the previous 20 years. Tear gas and sponge-tipped bullets were also mainstays.

But more disturbing still, far-right Jewish gangs quickly “assisted” the police – urged on by Israeli government ministers – to inflict their own kind of vigilante-style “justice”, roaming the streets attacking anyone who looked “Arab”.

The first death from the violence was a Palestinian father of three, shot in the city of Lod as he was confronted by four armed Jews. And close by Tel Aviv, a taxi driver was dragged from his car and beaten severely after a hundreds-strong mob had smashed up a shop owned by a Palestinian citizen, with police nowhere in sight.

It was these scenes, and the police violence, that soon turned the protests into clashes that the media and politicians improbably declared a “pogrom” against Jews.

Israel’s ceasefire with Hamas may not so easily translate into the ending of tensions between the Jewish majority and Palestinian minority inside Israel. Though open again, Acre’s renowned fish restaurants around the harbour have been mostly empty.

The Palestinian residents of old Acre, already reeling from the loss of tourists during the global pandemic, are now facing a backlash from Israeli Jews. With only a single table occupied by a local family in one of the Old City’s best-known restaurants on Friday, a waiter told me: “I don’t expect to see [Israeli] Jews here any time soon. They will want to punish us.”

Palestinians in Israel, a fifth of the population, are descended from the small number of Palestinians who avoided the mass expulsions of 1948 that created Israel on the ruins of their homeland.

Today, these 1.8 million Palestinians mostly live in strictly segregated towns and villages, citizens in little more than name only. Their once-a-generation mass, nationwide demonstrations against systematic discrimination by a state that was imposed on them have failed to elicit understanding or sympathy from the Jewish public. Instead, they have served only to deepen the mistrust and to justify police brutality.

Out of fear or as part of a boycott, or a mix of both, Jewish Israelis are keeping away from Palestinian communities inside Israel such as Acre whose streets they once filled. In normal times they would come to eat Arab food, buy low-cost goods in the market stalls, get their cars fixed cheaply, or visit local archaeological sites.

Disclaimer: 'Feeble coexistence': Palestinians in Israel are crying out for equality by Jonathan Cook - Views expressed by writers in this section are their own and do not necessarily reflect Latheefarook.com point-of-view