Protest camp in Sheikh Jarrah torn to pieces by Israelis, as some 90 Palestinians wounded during crackdown across Jerusalem 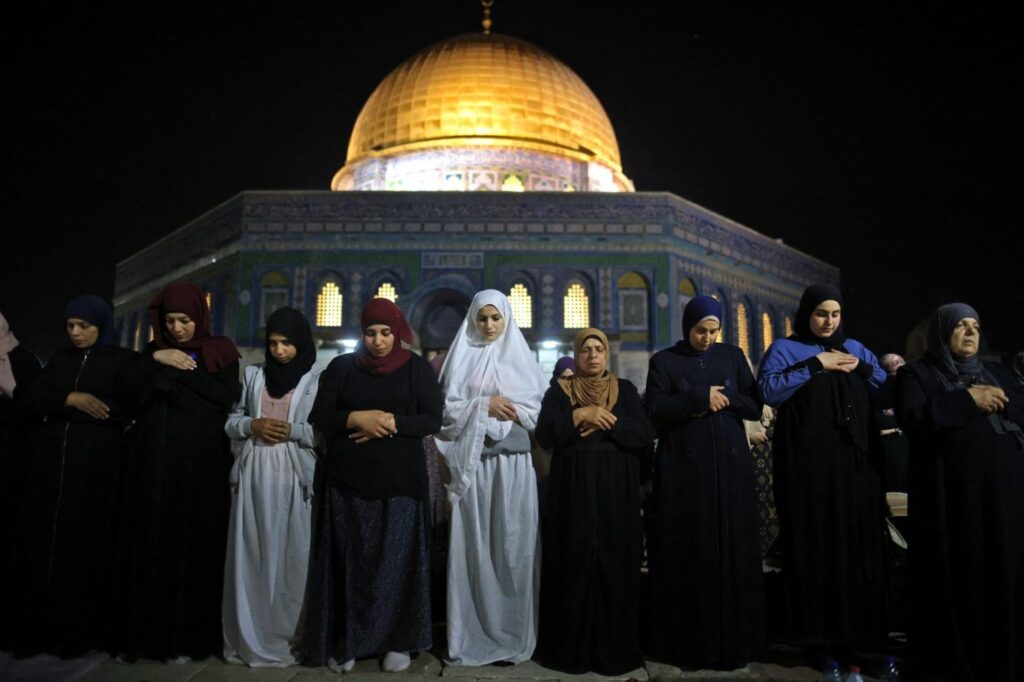 Some 90,000 Palestinian worshippers flocked to Jerusalem’s al-Aqsa Mosque on Saturday for prayers marking Laylat al-Qadr, one of the holiest nights in Islam, braving Israeli police brutality that has marred the city for days.

Though the prayers were conducted safely, Israeli forces quickly began cracking down on Palestinians trickling out of the Old City after the service, arresting many and wounding at least 90 according to medics.

Rubber-coated metal bullets, teargas and smoke grenades were fired at Palestinians at the Damascus Gate, which was adorned with lights to mark the holy month of Ramadan.

A short distance away, Israeli forces and settlers tore up a protest camp in the neighbourhood of Sheikh Jarrah, where demonstrations against mass evictions have been routinely cracked down on.

Sheikh Jarrah has witnessed tensions and tumult all week. Some 40 Palestinians, including 10 children, are threatened with eviction, as Israeli settlers seek to take over their homes in contravention of international law. 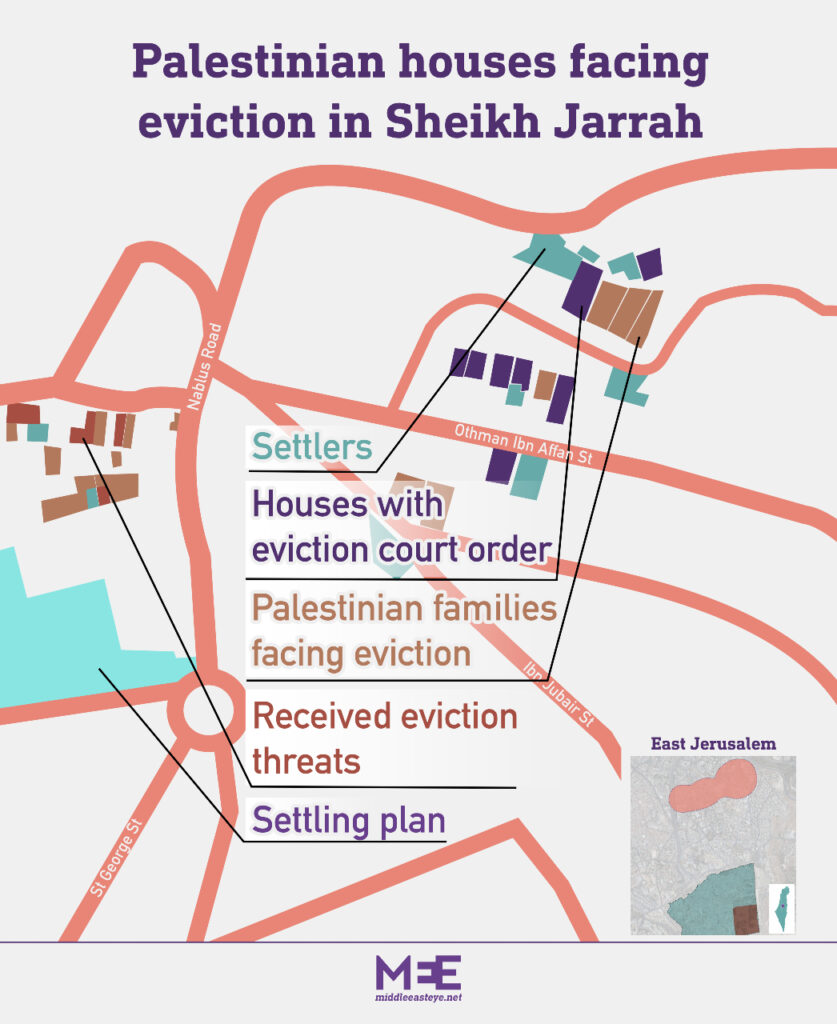 Settler counter-protesters have been backed by Israeli forces and even a far-right MP, who have overseen a violent crackdown on the Sheikh Jarrah families and their supporters, which on Friday night spilled into shocking violence in al-Aqsa Mosque itself.

More than 200 Palestinians were wounded on Friday night, medics said, as Israeli troops fired teargas and stun grenades into crowds of worshippers in one of Islam’s holiest sites.

Despite the violence witnessed at al-Aqsa on Friday, tens of thousands of Palestinians made their way to the mosque for Laylat al-Qadr on Saturday.

For many, it was no easy task. Israeli police set up checkpoints outside Jerusalem in an attempt to stop Palestinians from travelling to the Old City.

But those stopped on the road merely continued on foot, with footage of scores of Palestinians resolutely walking to Jerusalem circulating widely online.

The scenes later on were of a more troubling nature. Outside Damascus Gate, Israeli police beat and seized many protesters. Women with bloody faces were seen being led away by medics.

Tensions were not restricted to Jerusalem alone, however. Palestinians protested along the Gaza Strip’s fenced frontier with Israel, whose troops fired tear gas into the besieged enclave. Some demonstrators reportedly had to be treated for smoke inhalation.

And in the occupied West Bank, Israeli security forces fired teargas to disperse Palestinian demonstrators who lit tyres in support of Jerusalemites at the Hawara checkpoint outside Nablus.

Protests in solidarity with Sheikh Jarrah have been held across the West Bank and Gaza Strip, as well as in Palestinian-majority towns and villages across Israel, including Nazareth and Jaffa.

As scenes in Jerusalem have escalated in recent days, international outcry and condemnation has grown.

Saudi Arabia, which has close but clandestine ties with the Israeli government, called on Israel to halt the Sheikh Jarrah evictions.

“Saudi Arabia rejects Israel’s plans and measures to evict dozens of Palestinians from their homes in Jerusalem and impose Israeli sovereignty over them,” the Saudi foreign ministry said.

Condemnations came, too, from the United Arab Emirates, which last year normalised relations with Israel.

The UAE had framed its controversial normalisation deal as an opportunity to promote peace between the Israelis and Palestinians, and the absence of any comment until Saturday was noted by many.

Minister of State for Foreign Affairs Khalifa al-Marar reminded Israel of its responsibilities “to provide necessary protection to Palestinian civilians’ right to practice their religion, and to prevent practices that violate the sanctity of the Holy Al-Aqsa Mosque”.

Monday is Israel’s Jerusalem Day, when Israelis march through the city celebrating its capture in the 1967 war, an event that could ramp up tensions.

Adding to the mix is a Supreme Court ruling on the Sheikh Jarrah evictions, also due on the same day.

However, reports are circulating in the Israeli media that the decision will be delayed once again in an attempt to contain the situation in Jerusalem.

Disclaimer: Sheikh Jarrah: Palestinian worshippers marking Laylat al-Qadr confronted by Israeli forces By Latifeh Abdellatif, Lubna Masarwa - Views expressed by writers in this section are their own and do not necessarily reflect Latheefarook.com point-of-view