An entire nation cannot turn the other cheek to a power that is seriously intent on genocide, writes Craig Murray. 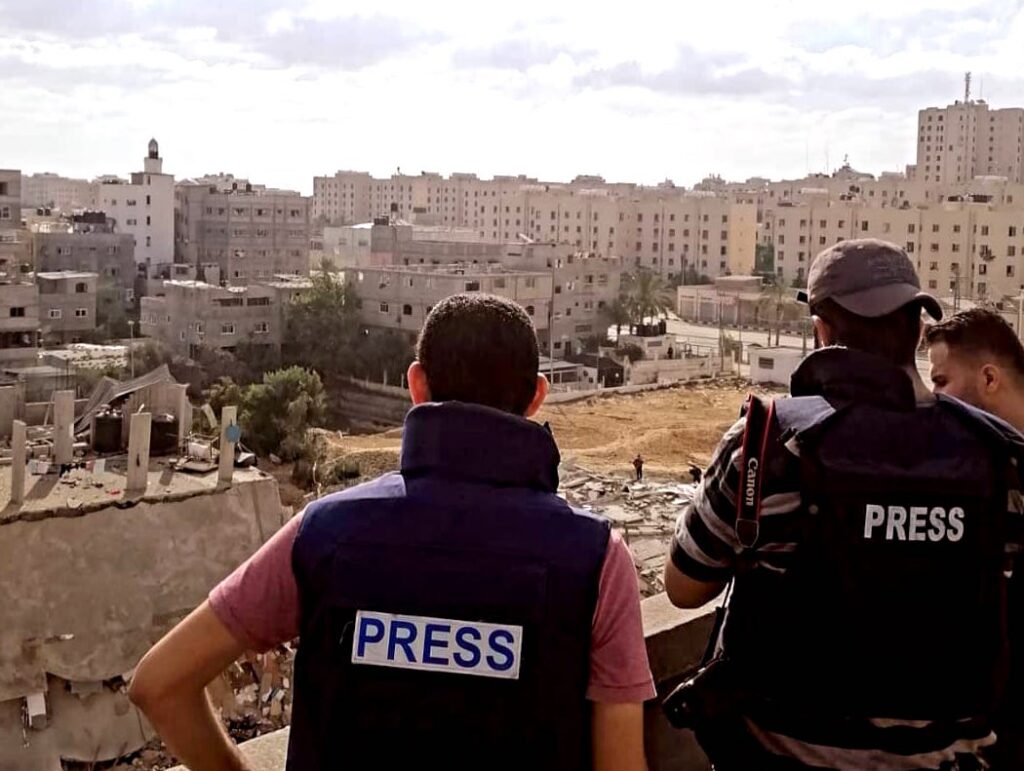 Western media and politicians are now firmly coalesced around the Israeli government narrative. Israel is unwillingly fighting a war of self-defense in Gaza after hostilities were commenced by an aggressive Hamas military attack. The storming of Al Aqsa mosque, the shooting at people in prayer, the right-wing mobs attacking East Jerusalem, the Krystallnacht style destruction of Palestinian businesses and lynching of Arab Israelis; none of that ever happened at all. What happened was that Hamas launched a missile war and Israel was obliged, ever so reluctantly, to exercise its right of self-defense, with enormous care not to hit civilians, except that, entirely accidentally, the IDF has killed a couple of hundred civilians including scores of children.

Palestinians die in the passive voice in Western media. The media always says they “have died”; they were never “killed,” and there is virtually never any attribution of the death. By contrast, Israelis are active voice “killed by Hamas” or “killed by missile strikes.” Look out for this journalistic sophistry — once you see it, you can’t unsee it.

I used to be a firm opponent of missile strikes from Gaza. My view was firstly, that they cannot be militarily targeted so constitute an attack on civilians; secondly that they were a gift to Israeli propaganda; and thirdly that they were militarily ineffective. All of those remain true, and yet my view has changed and I find myself celebrating the fact that Hamas has, against all odds, managed to acquire more and better missiles. Part of that change of view is that I have come to see that there is no such thing as an innocent adult colonizer. But the bigger part is that I cannot see what on earth else the Palestinians are supposed to do.

Western politicians obviously believe that the Palestinians should accept apartheid quietly, and should have the good grace silently to wither away. The ultra-venal leaders of the majority of Arab states also wish the Palestinians would just die and allow them to enjoy the lavish personal benefits of their new alliances with Israel. It is absolutely plain there is no political process of any kind in train to alleviate the Palestinian plight, that even those “liberal” Western politicians who floated the idea of a “two state solution” meant, at best, internationally recognized apartheid and bantustans. U.S. President Joe Biden manages the remarkable feat of being still more Zionist than Donald Trump.

Were I a Palestinian, I should undoubtedly have concluded that for an entire nation to turn the other cheek to a power which is seriously intent on genocide, is not a viable policy. Military resistance may seem hopeless, but sometimes to attempt to live with a shout of defiance and an effort to fight is the only dignified option remaining to a human. 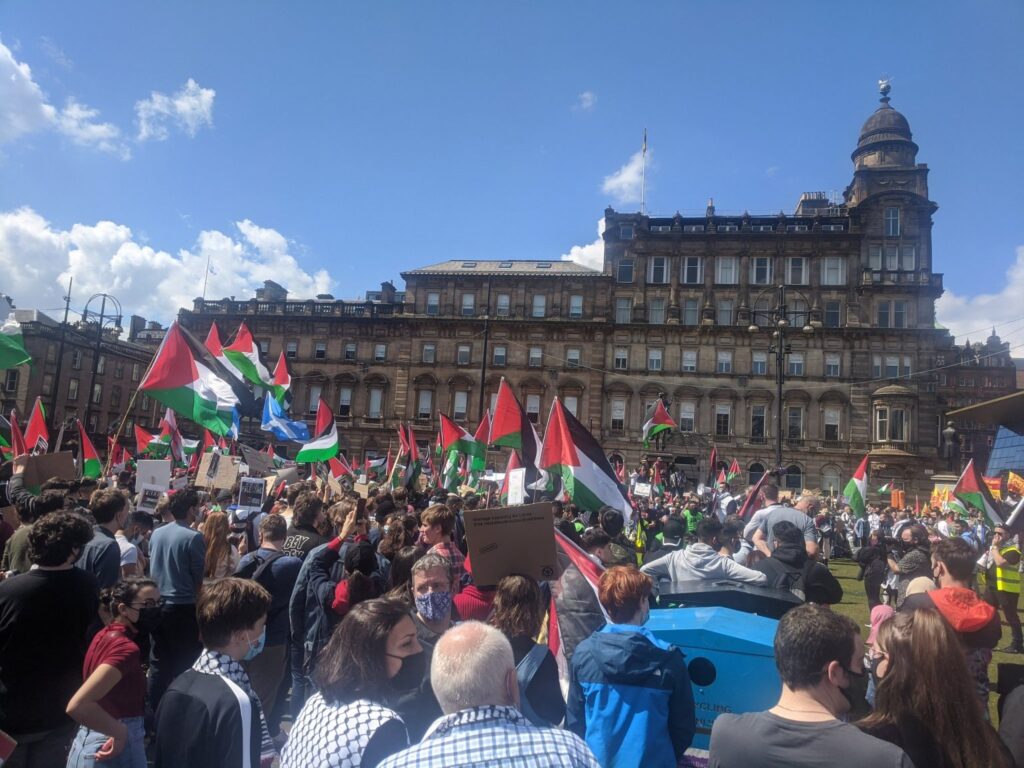 It was a beautiful day in Glasgow on Sunday for the Scottish Palestine Solidarity Committee demo, and it was great to be able to meet up again with so many magnificent and public-spirited people. It was an especially young crowd, which was excellent, and I was able to meet many Palestinians who drew comfort from the public support at a traumatic time.

Watching Mick Napier very much in charge of events, I was struck by the thought that there are so many really excellent and altruistic people who put their heart and entire lives into good causes for very little credit. Mick has been involved with SPSC as long as I can remember, has won important court victories in Scotland against ridiculous definitions of anti-Semitism, and I have seen him at vigils on cold wet nights with a dozen people there. It made me realize how many Mick Napiers I have had the great privilege to know. We must not take the good-hearted for granted.

Disclaimer: What is Left for Palestine? - Views expressed by writers in this section are their own and do not necessarily reflect Latheefarook.com point-of-view